The plate after a silver model, and decorated in famille rose enamels, with a rocaille shield to the center, with the coat of arms of la Tullaye, d’or au lion de gueules, supportées par deux lions couchés, l’écu surmonté d’une couronne de marquis. Two garlands of flowers on the rim.

This service was not recorded in the book of A. Lebel, Armoiries françaises et suisses sur la porcelaine de Chine au XVIIIe siècle, 2009, and from our best of our knowledges, there is no other piece known.

It is worth noticing that the Governor of Louisiane, Louis Billouart de Kerlerec, that François de la Tullaye had to carry away to La Nouvelle-Orléans, also ordered a tea service (Lebel, p. 81). 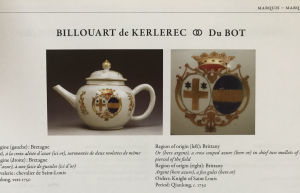 François-Henry de la Tullaye joined the Marine Guards on July 19, 1738. In 1742, he took part in the Inspection générale de l’artillerie du port de Brest, under the direction of the commissaire général d’artillerie de Nesmond de Brie. On July 18, 1746, he was appointed officier en second on the frigate La Subtile. During a mission in the vicinity of Cape Finistère, he took part in a fight against an English frigate, during which he was wounded.

From January 7 to July 17, 1747, he served on the 64 canons vessel l’Alcide, in the division of Capitaine Emmanuel Auguste de Cahideux, comte du Bois de la Motte, who escorted a convoy between the French Cap of Saint- Domingue and the Petit Goave (Haiti). On April 3, 1747, he took part in a violent fight against three English vessels, near the Mole Saint-Nicolas (Haiti). On August 3, 1747, he embarked on the 64 canons Le Fougueux, in the division of the Herbiers de l’Etenduere squadron leader, responsible for escorting a large convoy intended for the West Indies.

On october 25, 1747, he participed in the second battle of Cap Finistère against the English squadron of Edward Hawke. His vessel was captured by the Kent vessel where he is taken prisoner.

In October 1752, he served as officier en second on the 32 canons flute le Charriot Royal. The objective of the mission was twofold : first, he had to carry away the new governor of Louisiana, Louis Billouart de Kervasegan, chevalier de Kerlerec, to La Nouvelle-Orléans, while passing by Saint-Domingue. Second, he had to bring back to France the departing governor, Rigaud de Vaudreuil. After the passing away of his captain, du Bot de Brunolo at the start of the trip back, he took command of the ship and brought the ship back to Rochefort in August 1753.

On February 11, 1758, he was appointed commandant en second on the 74 canons ship le Minotaure in Captain Froger’s division. He participed on September 10, 1759, with le Minotaure, in the squadron under the command of the comte d’Aché, in the naval battle of Pondicherry against the English Rear Admiral Pocock. The battle of Pondicherry is the third naval battle between the English and the French, during the Seven Year’s War (1756-1763). Its stake was the arrival of reinforcements and the supply of the city where most of the French troops withdrawn in India. The French fleet included four warships, and seven armed vessels of the Compagnie des Indes. 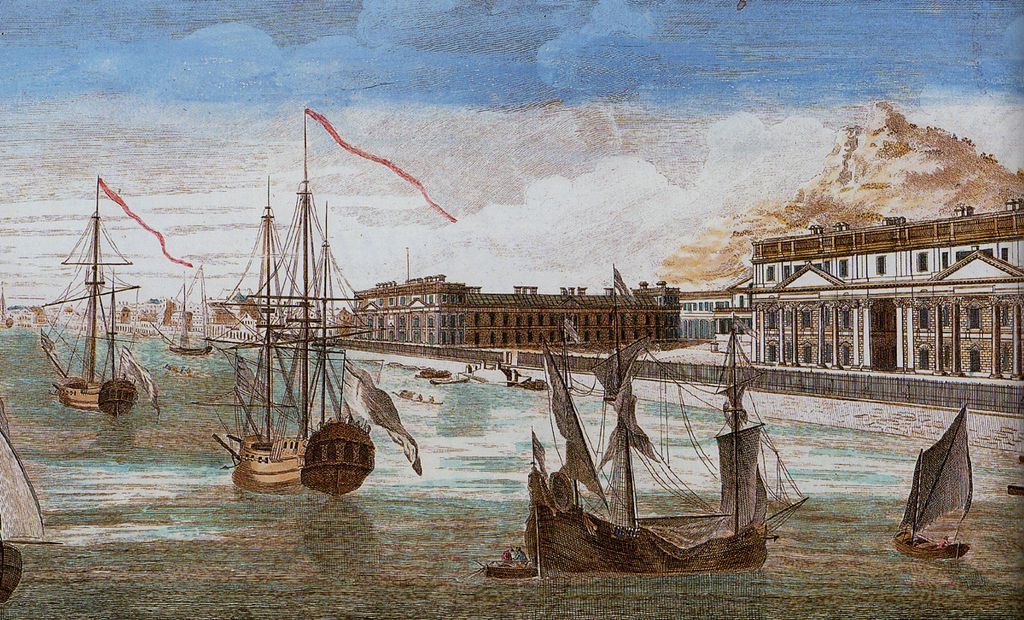 On may 17, 1760, he commanded the 74 canons vessel le Zodiac and carried out a mission in the vicinity of Rodrigues Island (Mascarene Archipelago). On January 30, 1776, he was appointed directeur de l’artillerie in Brest. He died there on February 26, 1778. 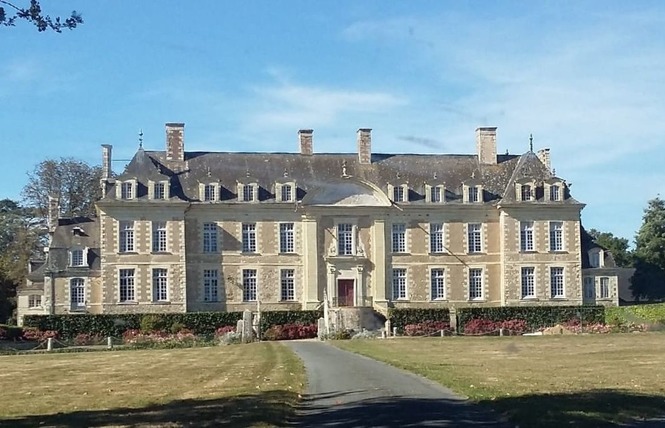