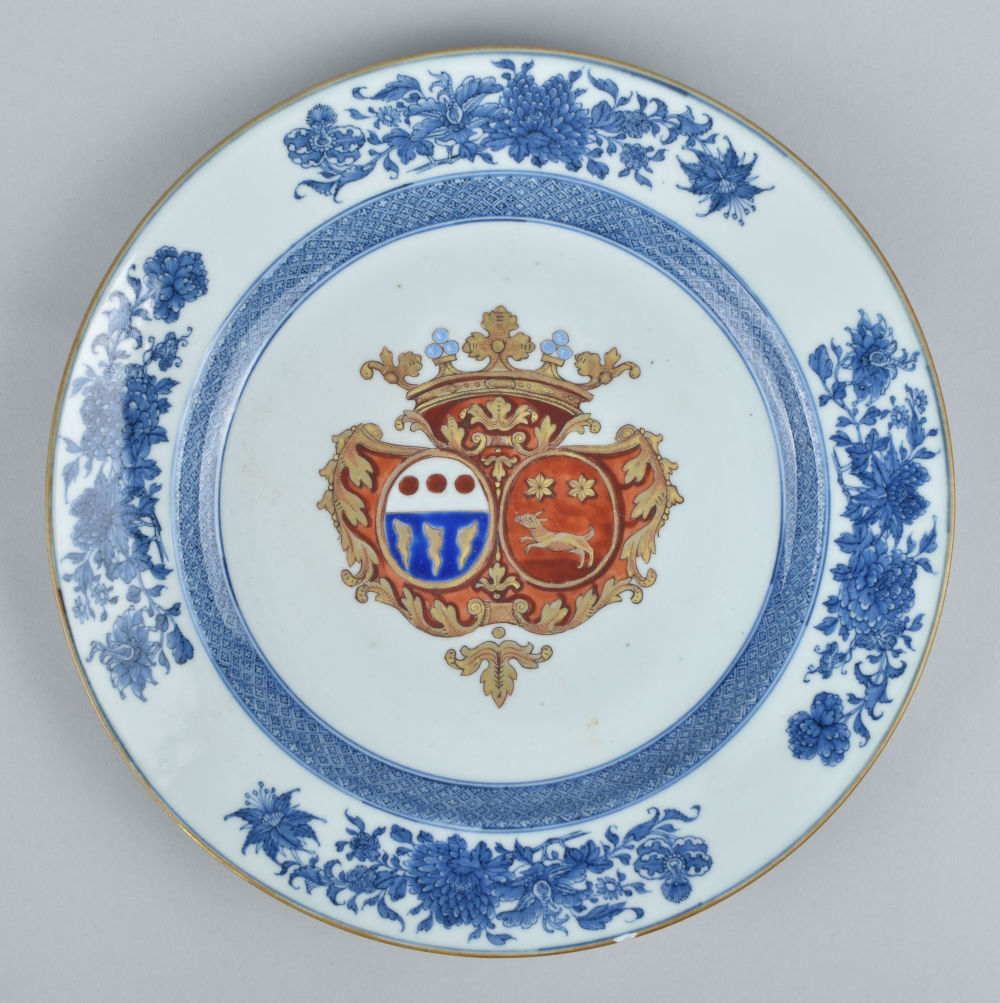 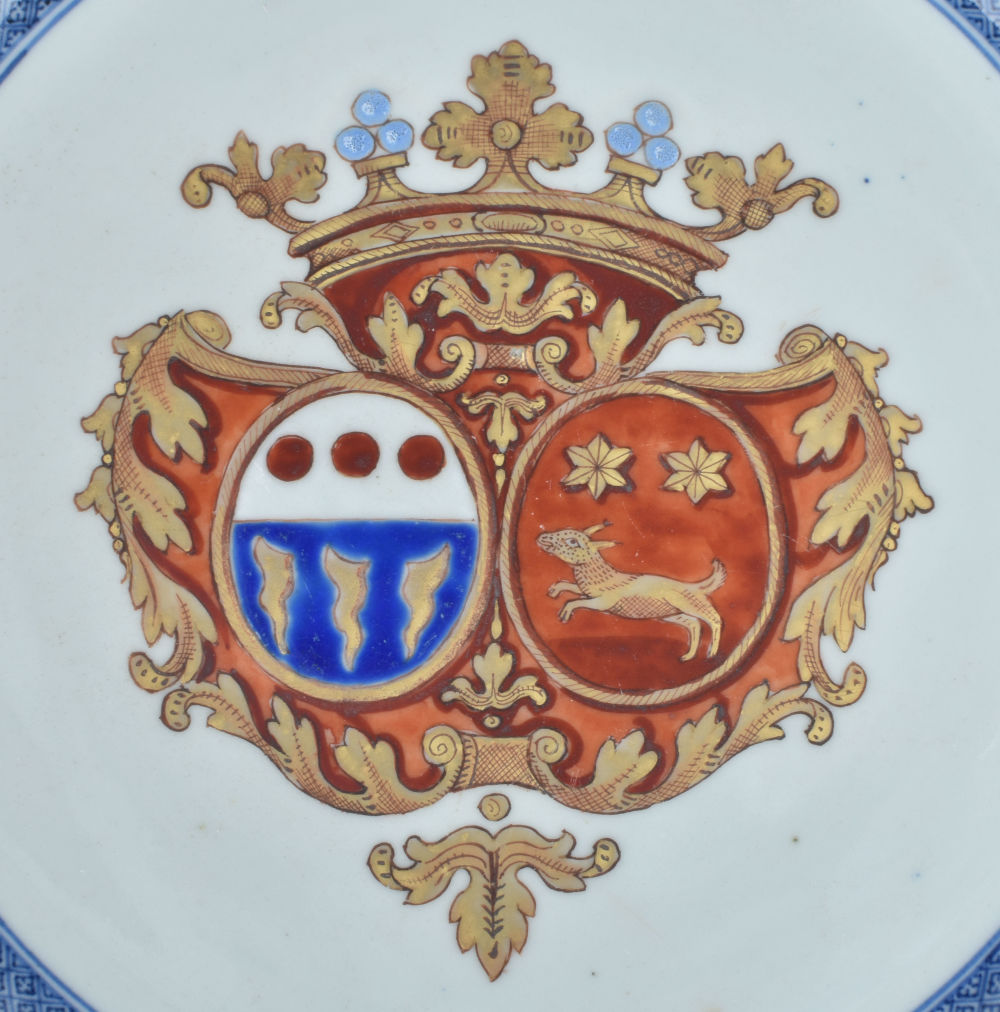 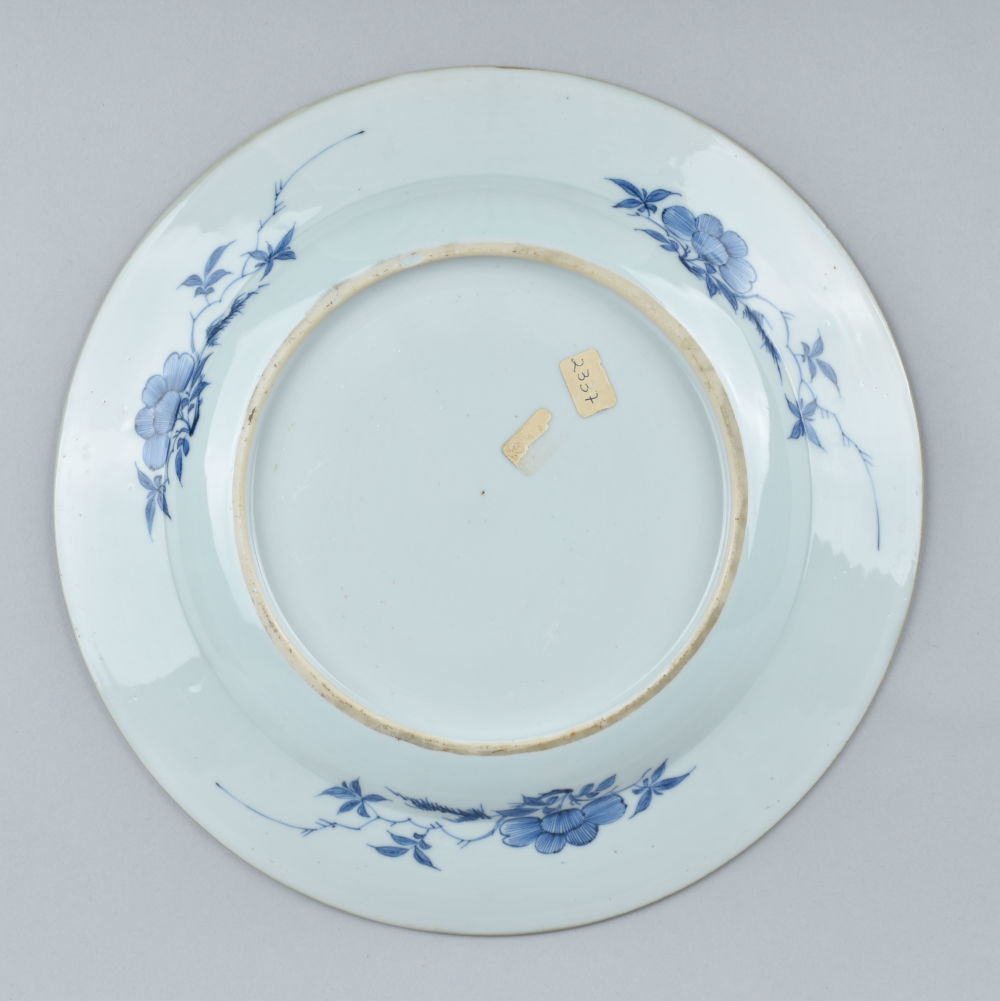 Decorated in underglaze blue on the rim, with four large flower sprays and a band of continuous lozenge diaper at the well. The center has been enameled with a coat of arms accolé in rouge de fer, blue and gold. Two oval shields are enclosed by a symmetrical cartouche with a red background bordered by gold scrollwork in Louis XIV style and above a coronet in gold, red, and pale blue. The arms on the left or heraldic right are parted per fess, A. three red spheres side by side, B; on a blue background three gold flames or undulating eels side by side, for Bomme. The arms on the right or heraldic left are : on a red background a gold leaping hare on a base, with above gold sic-pointed stars, for De Haze.

Pieces from a tea set and a diner service are known, such few plates and two large and rare beer jugs / tankards.Three plates were in the Halwasse Collection (1933).

This service was ordered by Leendert Bomme (born in Middelburg). The Bomme were wealthy merchants involved in both the West India Company and the Middelburgsche Commercie Compagnie in the 18th century.

Leendert Bomme Jr. (1683-1760) was a free wine merchant in Middelburg from 1706, later become an important merchant. On 12 febrary 1721, he became one of the first directors of the Middelburgsche Commercie Compagnie, but he left the board on 3 March. In 1730, he also maintained trading relations with Batavia being mentioned in several records (1729,1730, 1734-1735). He also had political aspirations acting as Prince Willem IV’s representative in the VOC chamber Zeeland. In some sources, he is recorded as councilor and burgomaster of Middelburg.