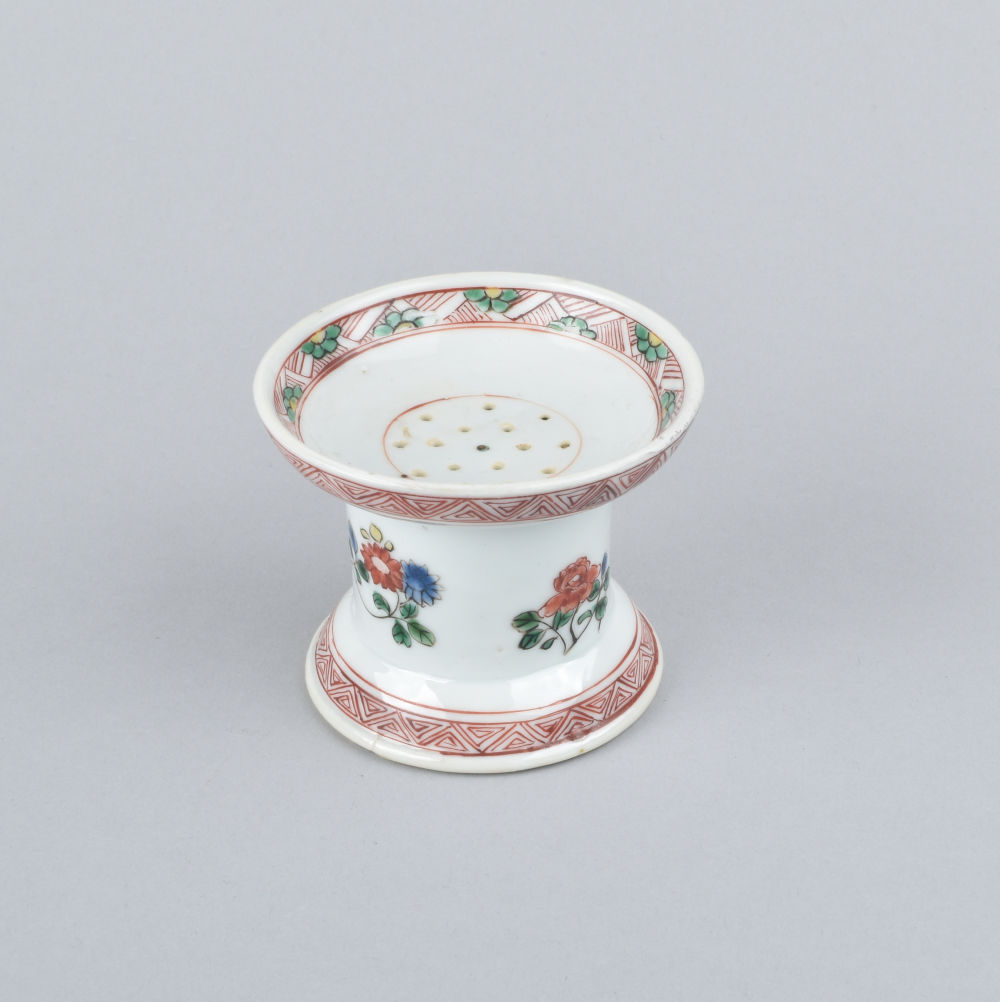 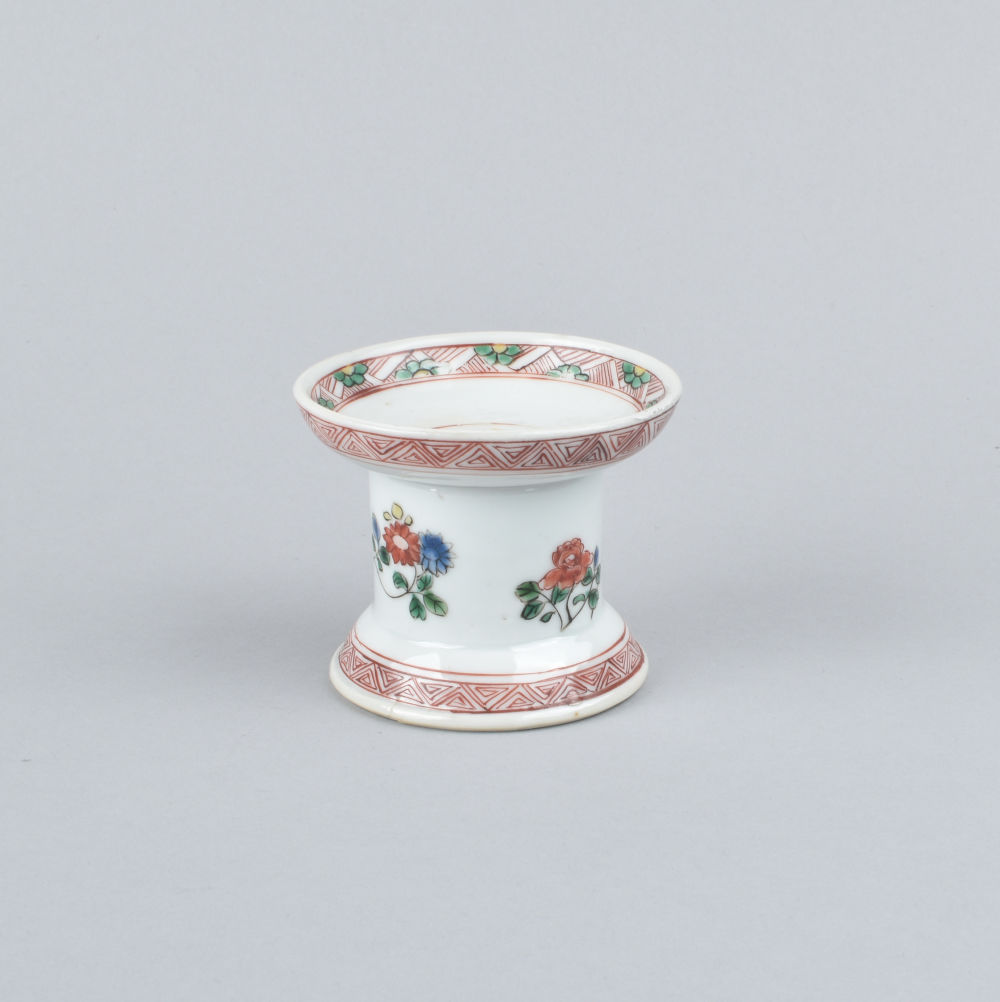 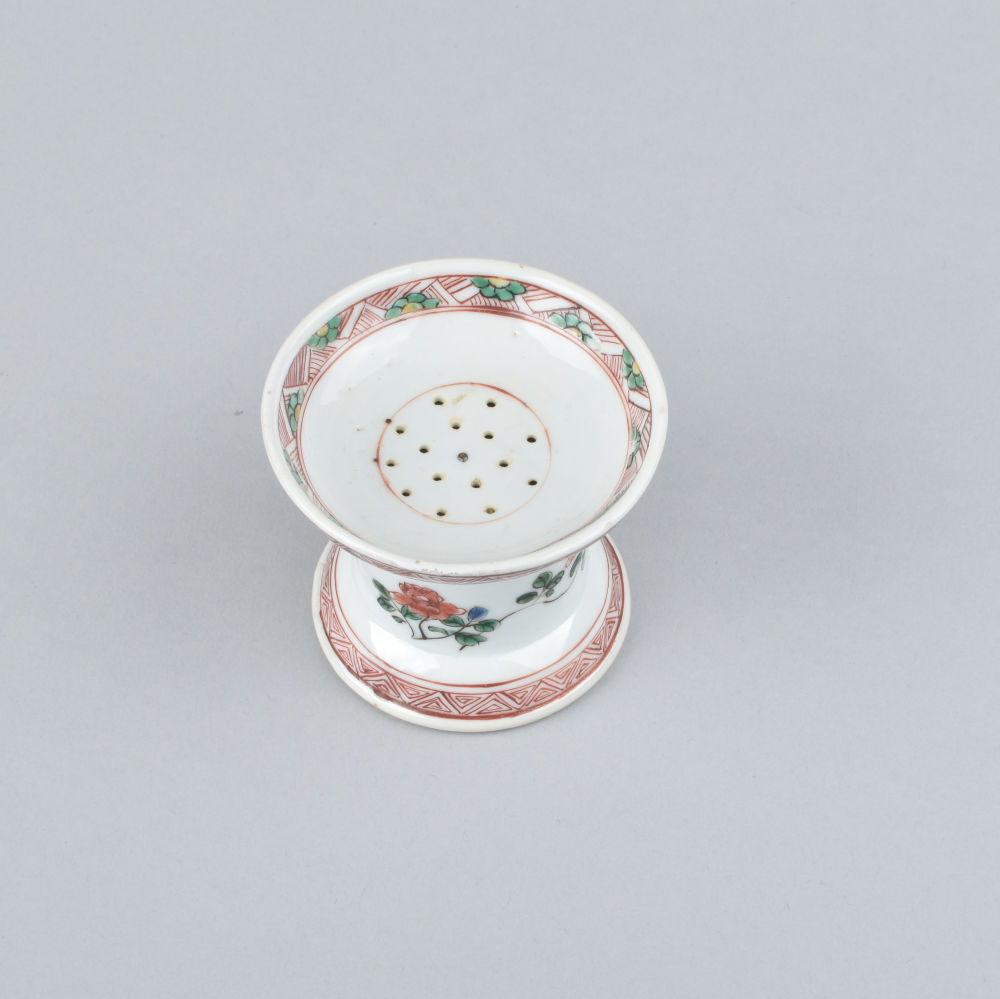 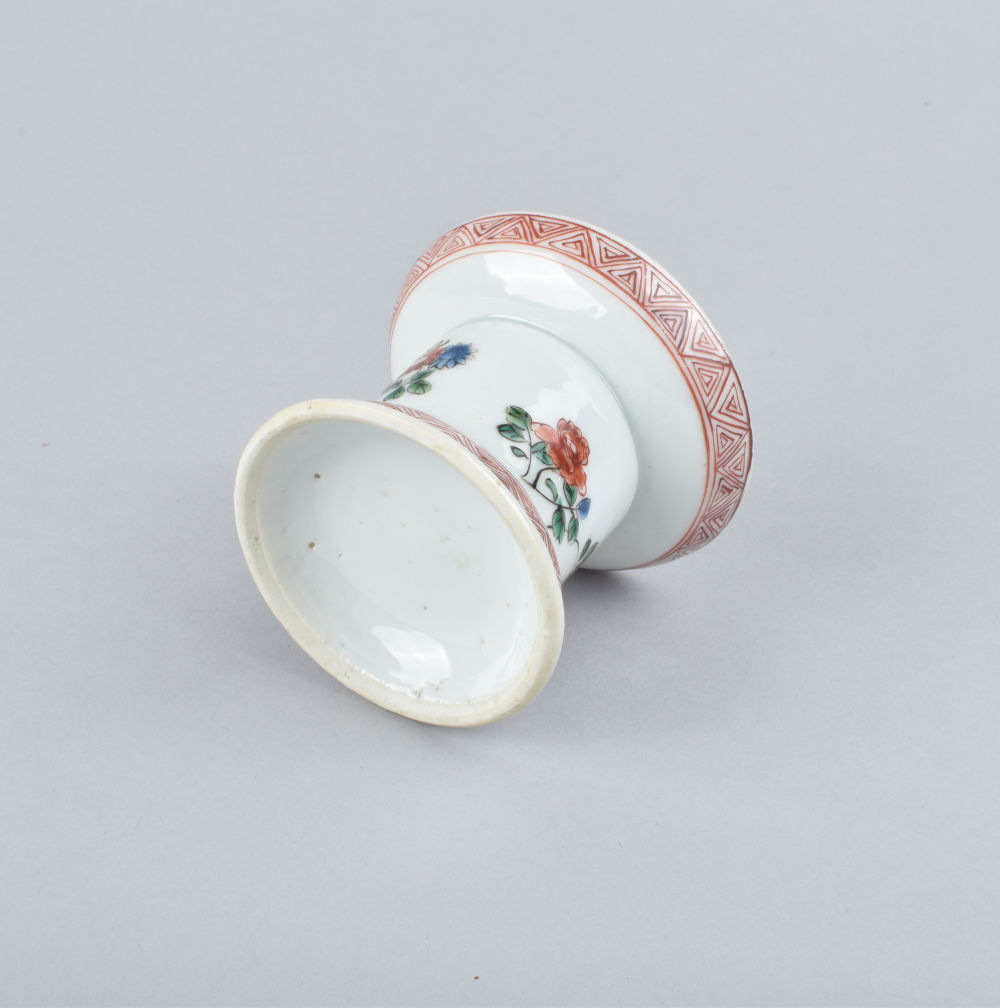 Decorated in the famille verte palette, with flowers and diapers.

The sander, otherwise known as a pounce pot, functions in a very similar manner to a salt shaker, and would have been filled with a finely ground powder (pumice, gum-sandarac rosin, or the crushed bones of cuttlefish) occurs in Chinese porcelain from the end of the 18th century, probably modeled on a tin or silver shape. Generally no larger than a clenched fist, a sander’s perforated tops allowed fine powders to be gently shaken over a writing surface.

It could be fashioned from a variety of materials besides porcelain including pewter, silver, brass, bronze, wood, or bone. Some bronze sanders, would have a flat, perforated top and a small hole in its base that could be plugged with a pinch of wax. When it needed to be refilled, the wax could be melted, removed, and replaced to prevent the contents from drizzling out.

It’s precise use varied depending on the scribe’s writing surface and likely the time frame in which he would have completed his documents. The first known technique for this tool was to shake a small amount of the substance over clean paper or parchment that could exhibit a residual greasiness, and gently buff the particles so as to soften and brighten the surface. By doing so, the paper would become smoother and would make the scripted text less susceptible to bleeding in the fibrous texture. The second technique, employed around the late 18th century, utilized the pounce dispersed from the pounce pot/sander to lightly sprinkle the fine powder over freshly scripted text. For this method, the pounce could also be made from fine sand or a powdered mineral, such as sandstone or talc (by then, sandarac-resin had fallen out of fashion). The pounce would absorb any excess ink from the paper’s surface, expediting drying time on the newly-introduced coated paper. This was a precursor to blotting paper. Although scribes would ideally want to let the ink dry on its own, this took time. Pounce accelerated the time it took for wet script to dry so the reverse side could be worked on more quickly or as the case might be, the book or ledger could be closed shut.