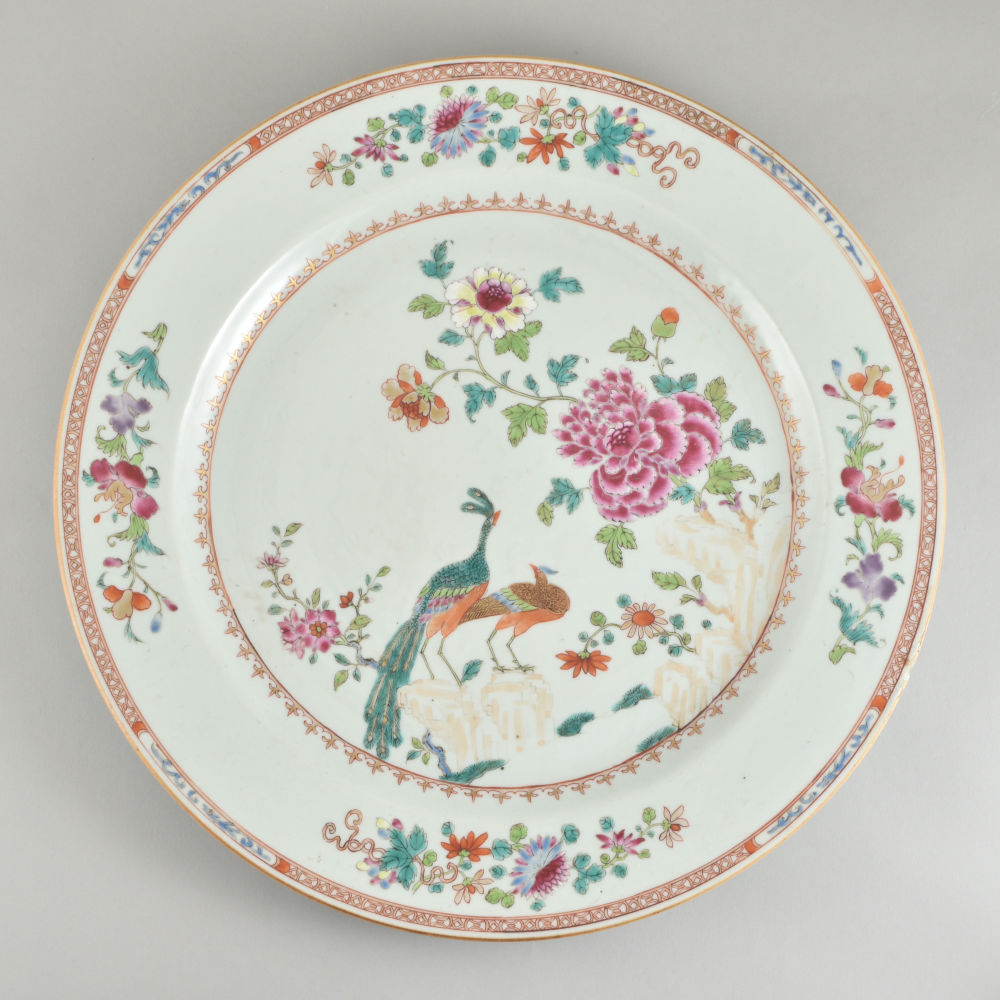 Decorated in the famille rose palette with the well-known double peacock pattern.