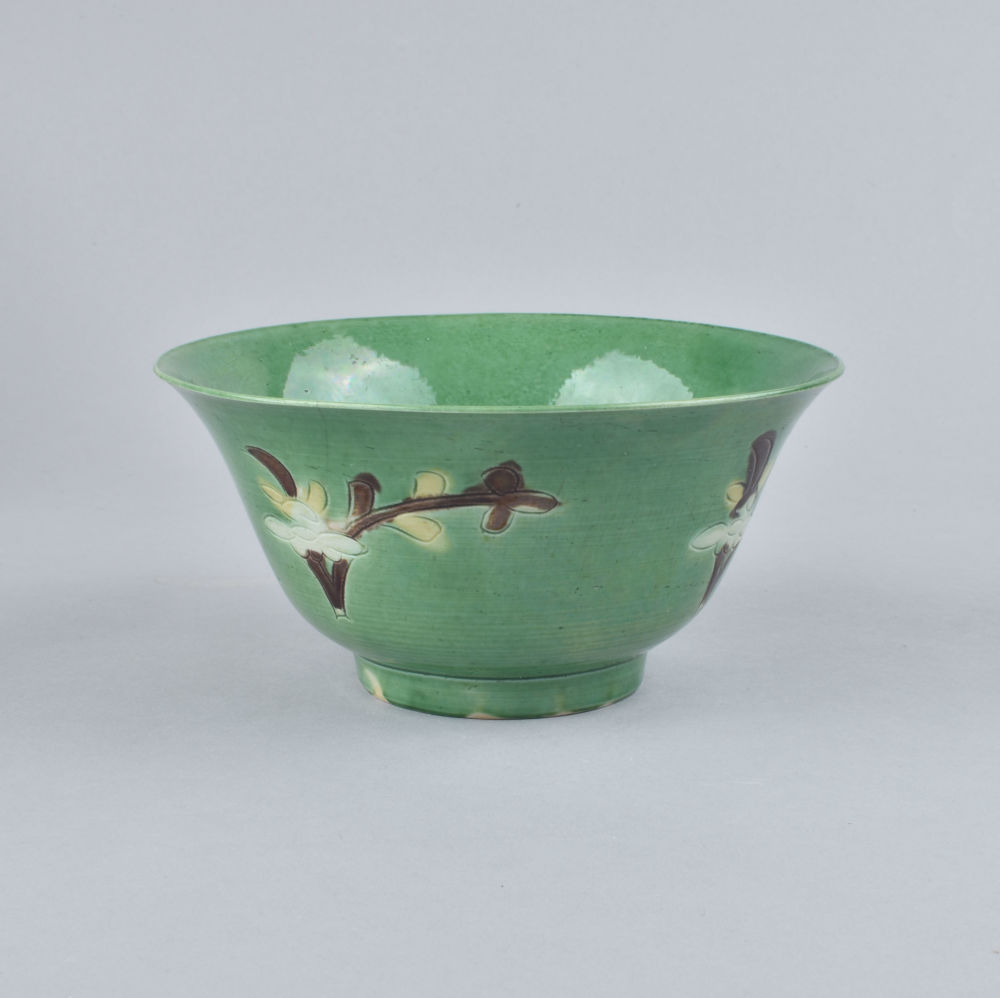 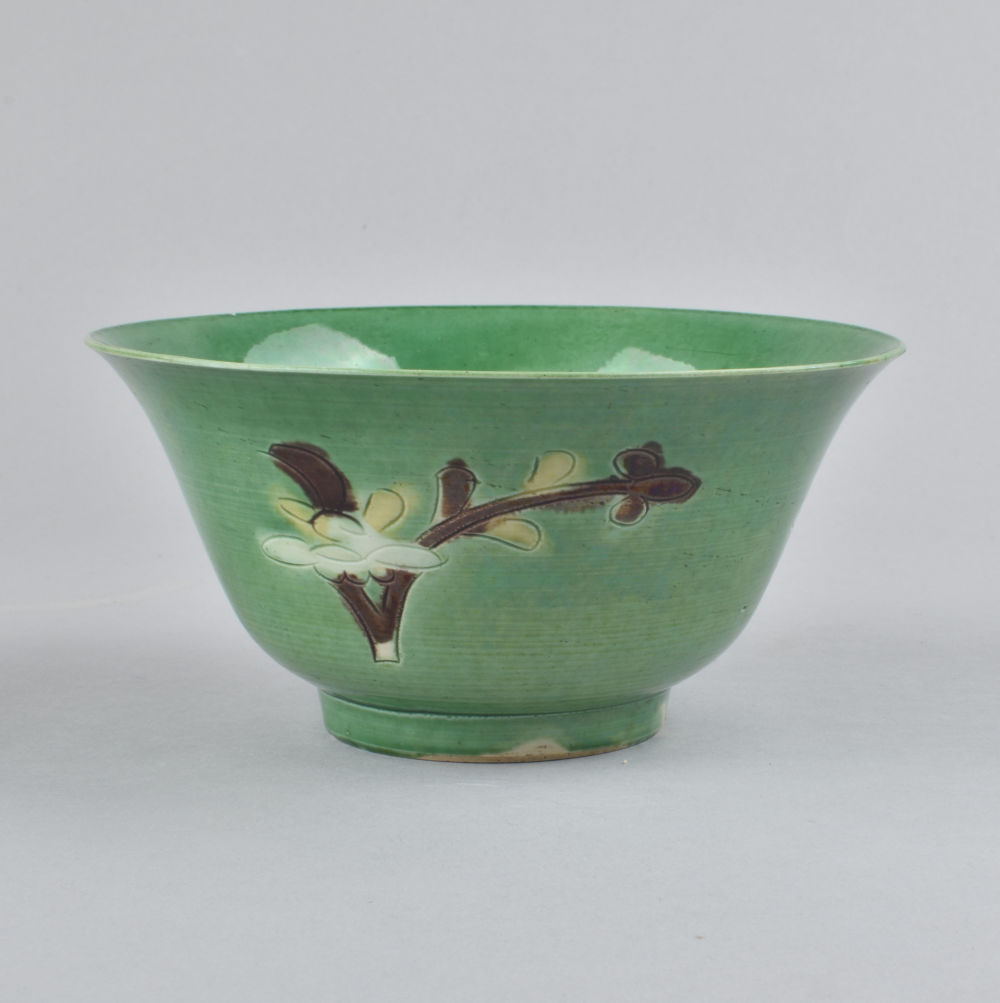 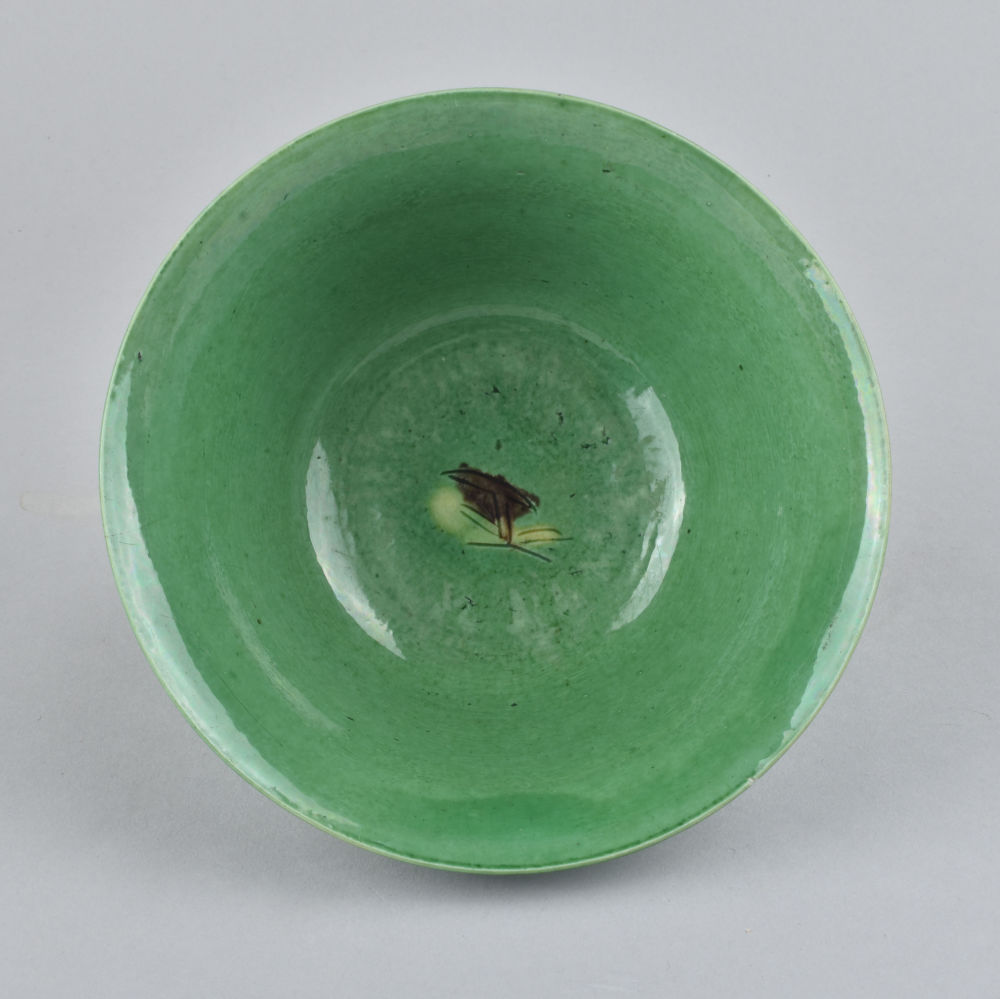 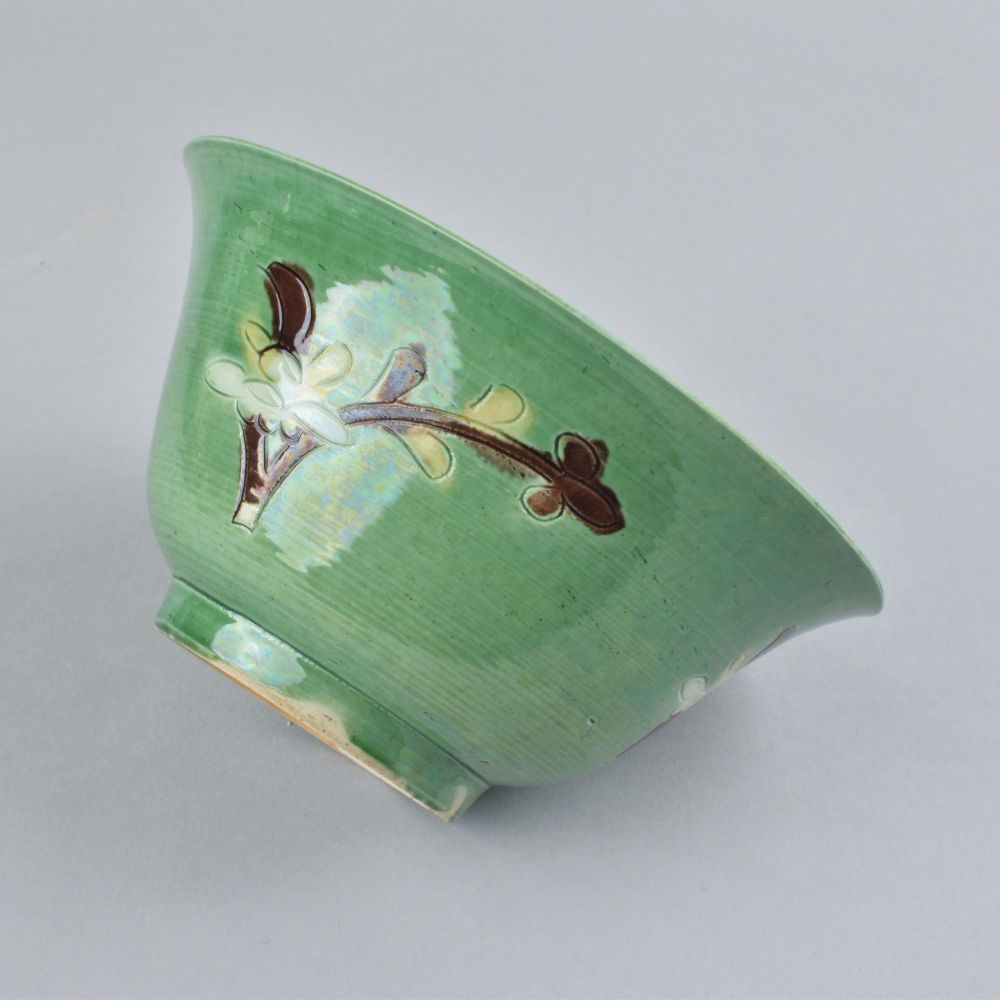 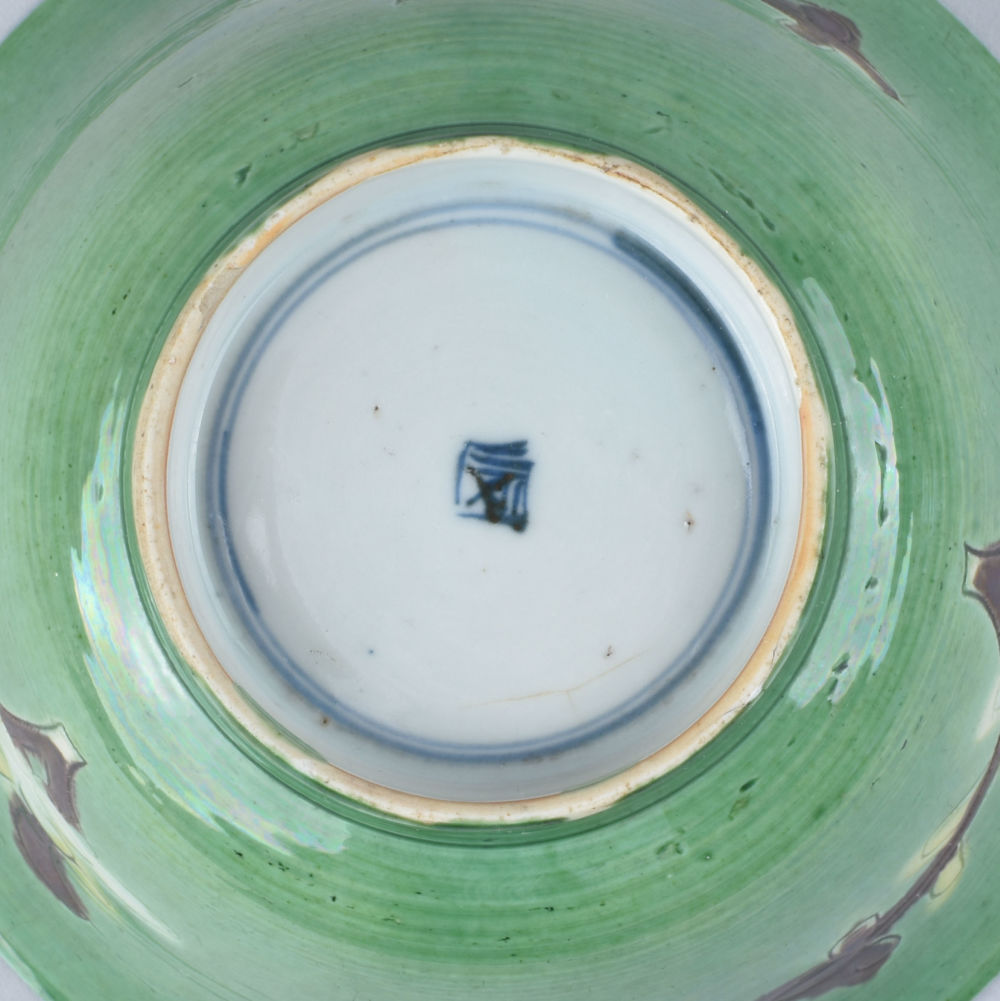 Bowl with rounded sides and a wide flaring rim, standing on a short, straight foot ring. The exterior incised with a repeating pattern of flowering branches painted in aubergine brown and yellow enamels and a clear glaze, on a green enamel ground. A small lingzhi fungus is incised in the centre of the interior. The recessed base has a mark in the centre surrounded by a double circle in underglaze cobalt blue.

The present bowl belongs to a group of bowls with several different shapes, usually generically describes as “Brinjal” bowls. Most of these bowls have a shop or maker’s mark in underglaze blue on the base, with appears frequently on export wares from the late Ming Dynasty (1368-1644) onwards. By reference to a single yellow-ground example with a Tianqi reign mark (1621-1627) in the Avery Brundage Collection, historian Stephen Little asserts that the whole group might be dated to the earlier Transitional period