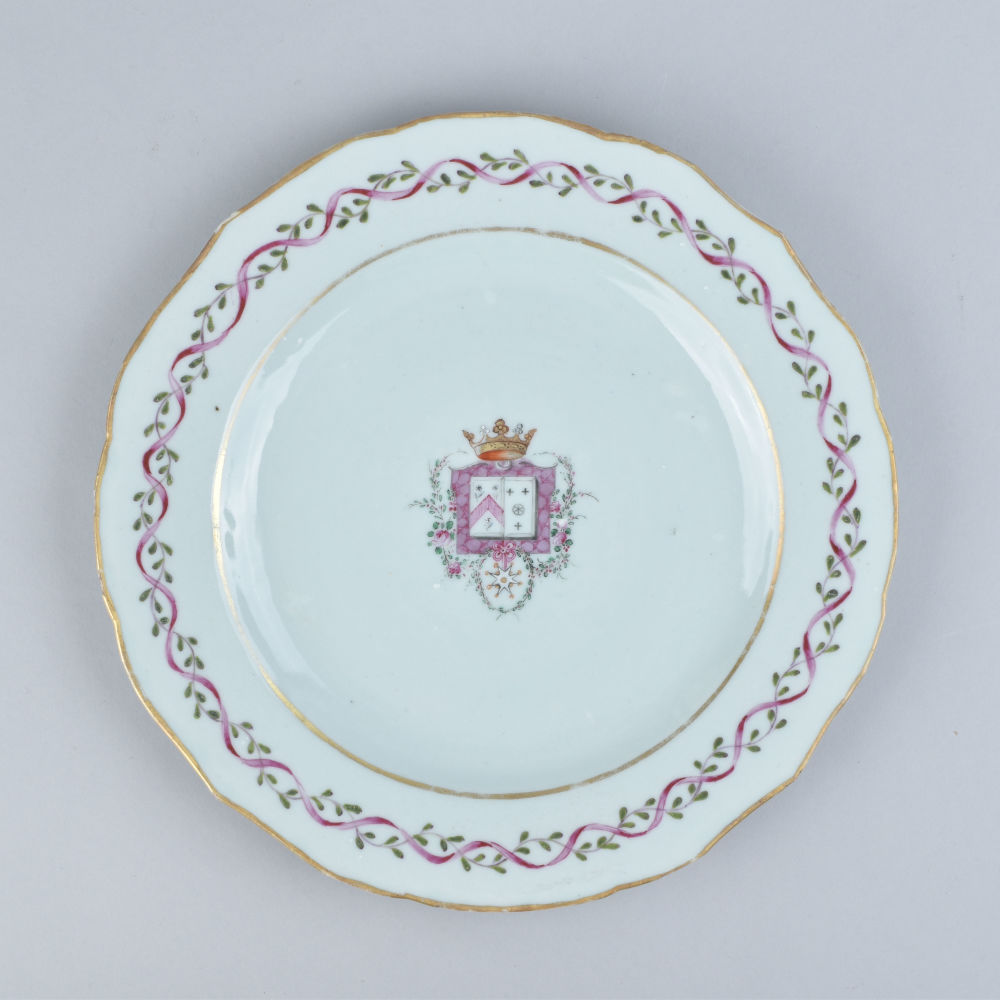 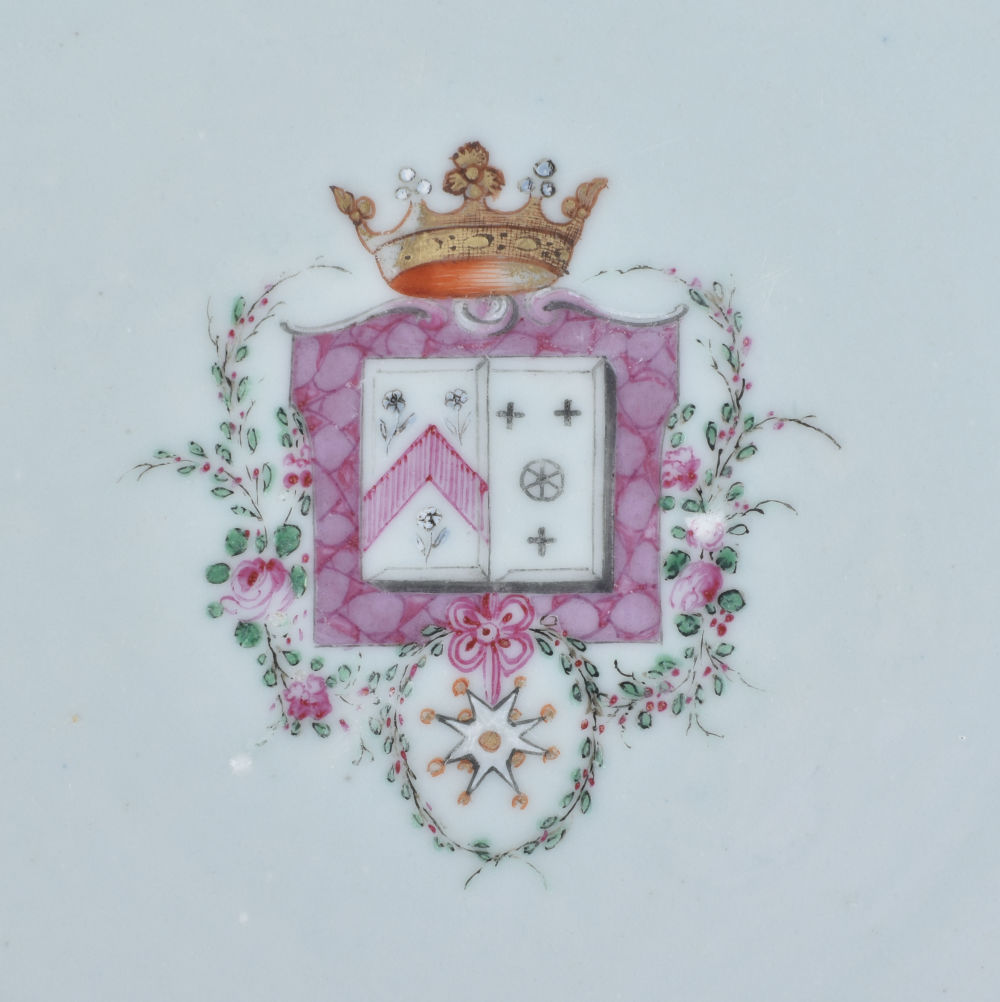 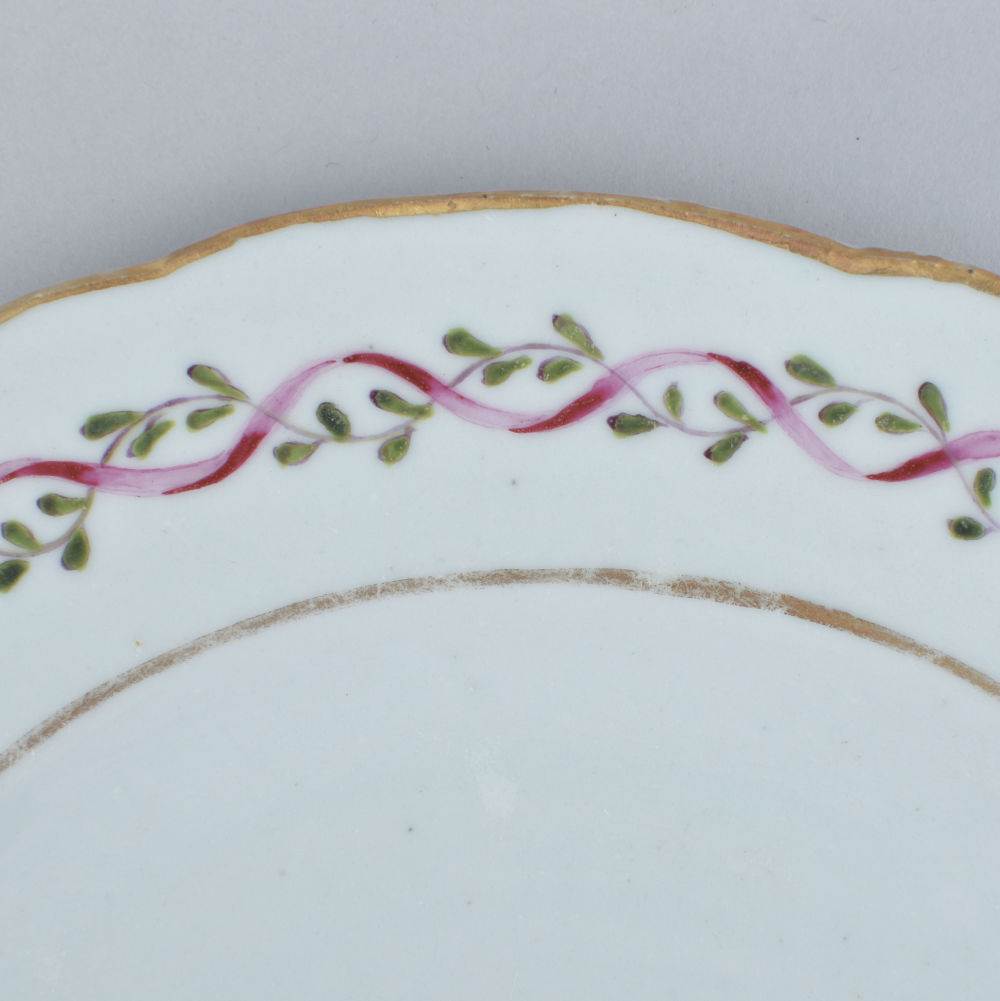 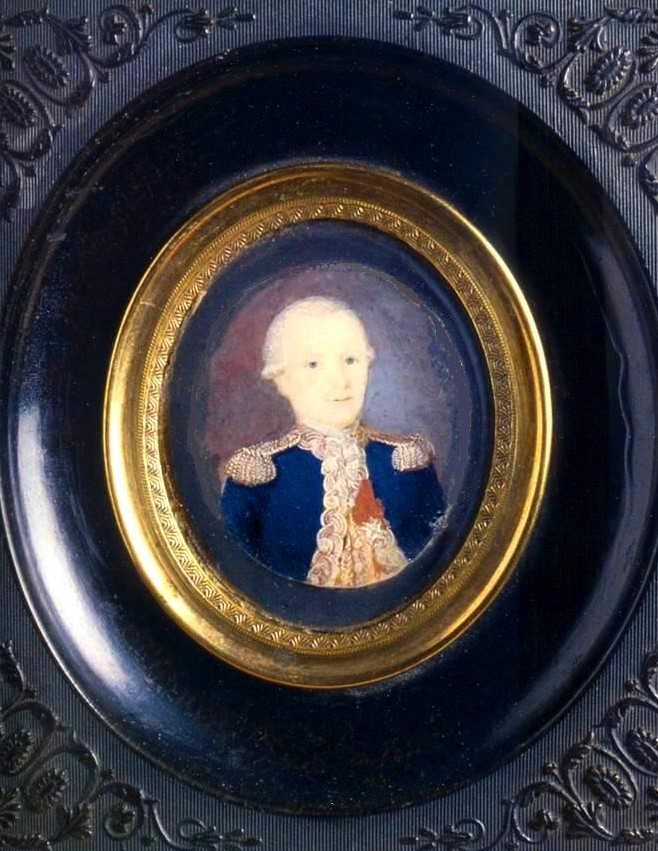 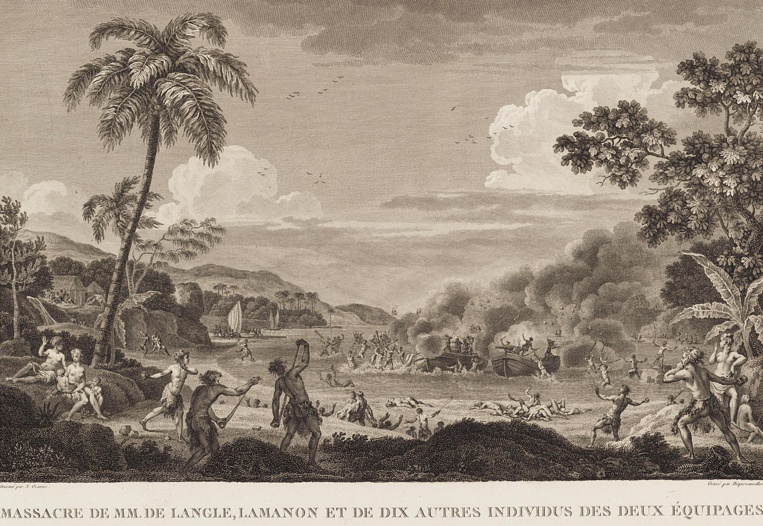 This service was orderer for Paul-Antoine Fleuriot de Langle. He was a French vicomte, academician of marine, and naval commander and explorer.

In 1738, he married Marie de Kerouartz, niece and ward of the Count Hector, Lieutenant-General in Chief of the Navy at Brest during the time of the American War of Independence.

In 1778, he was promoted to Lieutenant in the Navy ans the same year was made Knight in the Order of Saint-Louis.

From January 1, 1781 to March 15, 1781, he commanded l’Aigrette, then on April 27, 1781, he took command of La Résolue, for carrying Colonel Loreins and Captain Penn, emissaries from the United States, to America. Arrived in Boston on August 27, 1781, after having taken a few catches during the crossing, he set sail again on October 9, 1781 and joined the army of the count of Grasse. He was in charge of bringing the sum of 4.300.000 livres to the American insurgents.

In 1782, he became Captain in the Navy when he took part in the Hudson Bay expedition under the command of La Pérouse. The United States showed their gratitude by appointing him Knight of the Order of Cincinnatus.

This service was ordered in Macao (China) where Paul-Antoine stayed, between 3rd January and 5th February 1787, while he was taking part in an expedition through the Pacific Ocean under the command of Jean-François de Galop, comte de La Pérouse. This service was sent back to France on the frigate la Flibuste.

Paul-Antoine was second in command of the La Pérouse expédition, commanded the Astrolabe, the second ship which took part in the expedition, while La Pérouse commanded La boussole. After leaving China, they sailed to Kamchatka (Sibéria), where they sent Barthelemy de Lesseps, uncle of the future builder of the Suez Canal, back to France though Siberia, Russia and Germany, together with two crates of documents.

Finally, the two ships arrived in Oceania at Samoa islands (what is now American Samoa). After they arrived in Tuitula (Samoa archipelago), Paul-Antoine went ashore with ten members of the crew to find water. To convince the indigenous chiefs to re-establish order, and to divert the ladies’ attention, Fleuriot de Langle offered the women several trivial objects, and they retired in good order. The exchange of gifts and the inevitable comparisons that followed created jealousies and only boosted the tensions. Soon 7 to 8 thousand hostile natives encircled the boats and the casks and prevented the French from re-embarking, but Langle refused to fire on them since the French king’s orders had been to keep the mission peaceful. Hit on the head by a stone, he fell into the water, dead, and his sailors opened fire. In the ensuing massacre, 12 sailors were killed and 20 wounded and finished off with club blows. 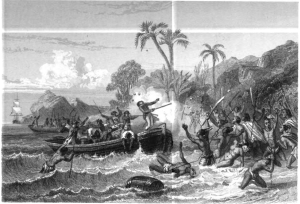 La Pérouse disappeared sometime later when both ships were apparently caught in a storm. La Pérouse said of Langle that “He died for his humanity” and “I have lost by the most horrific of treasons my best friend, my friend for thirty years. A man full of spirit, judgement, knowledge, and certainly one of the best officers in all the fleets of Europe”.

The remains of Paul Fleuriot de Langle were returned to France, and were buried in the choir of the church of Saint-Louis at Brest. Paul-Antoine Fleuriot de Langle is featured on a Monument to the Dead on the site on the island of Tutuila in American Samoa, inscribed “Inauguré en 1883 pour honorer la mémoire de onze membres de l’expédition Lapérouse massacrés en ce lieu.” (inaugurated in 1883 to honour the memory of de Langle and the 11 other members of the Lapérouse expedition massacred on this site).

In 1999, an archaeological expedition to Vanikoro dived on the wrecks of la Boussole and l’Astrolabe, and found a silver fork with the coat of arms of Fleuriot de Langle.