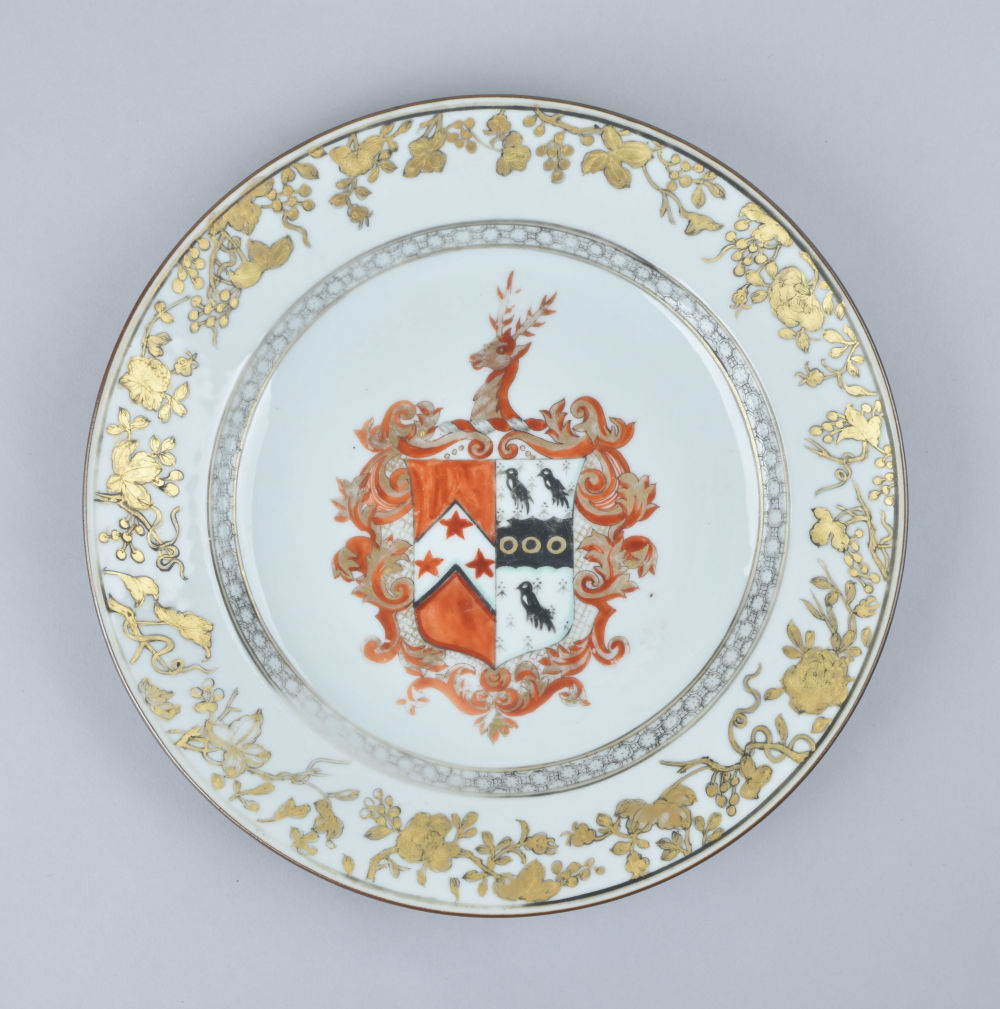 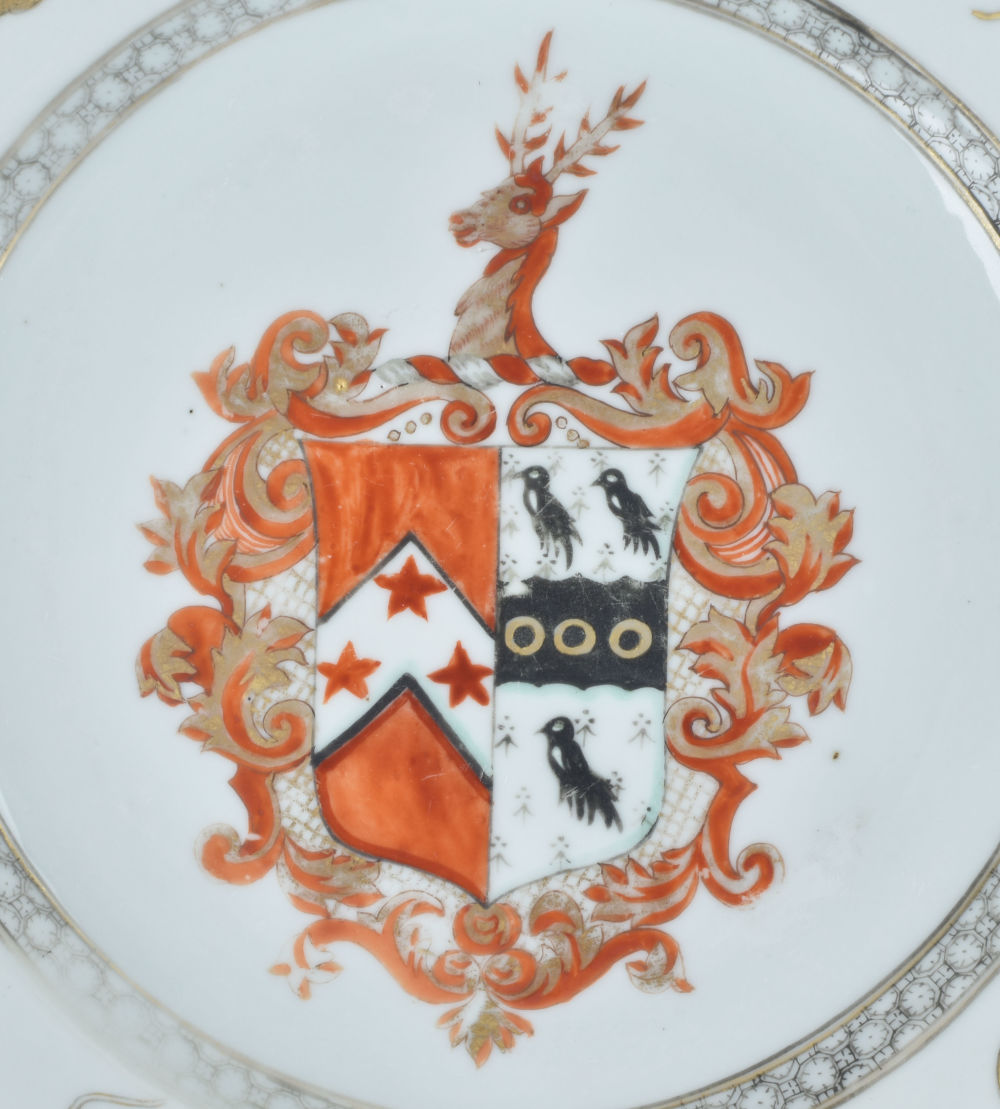 A Chinese armorial plate for the English market. Yongzheng

The arms are of Carr (and Kerr), Gules on a chevron argent three mullets of the fiels, impaling Bigge, Ermine on a fess engrailed between  three martlets sable – as many annulets or. The crest is of Carr, A stag’s head cooped proper.

This service was made for Robert Carr of Hampton in Middlesex, who in 1777 assumed the baronetcy of Kerr of Greenhead. He married firstly Grace, daughter of Thomas Bigge of Newcastle upon Tyne. Sir Robert Carr died in March 1791.