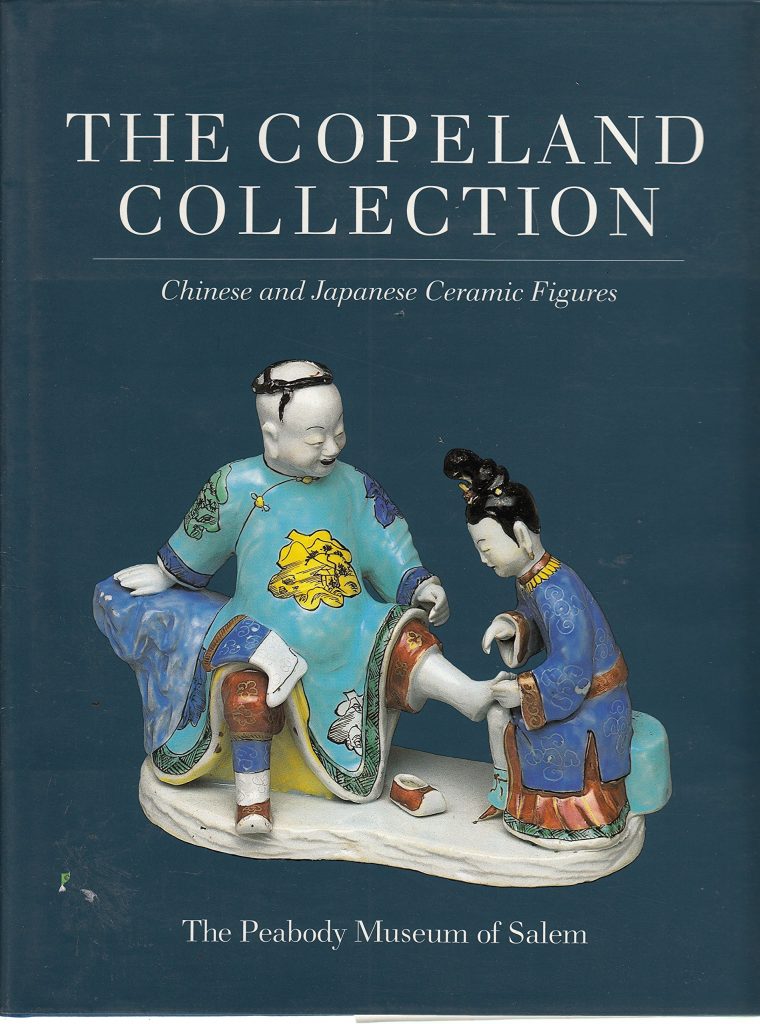 The 134 Chinese and Japanese ceramic figures presented here were assembled over the course of the past fifty years by Mrs. Lammot du Pont Copeland. Mrs. Copeland fine appreciation of this genre of the decorative arts and her careful choice of each individual object have resulted in a collection known internationally for the superb quality of its many rare forms. The Copeland Collection is an extraordinary group of rare Chinese and Japanese figures, produced chiefly from the late seventeenth to the late eighteenth centuries and generally intended for export to the West. Principally of porcelain, these human and animal figures, aesthetically pleasing in themselves, are also historically significant as products of that unique period of history when the world was being transformed into a global community: many of them represent a fascinating interplay between East and West. This remarkable collection is a promised gift of Mrs. Lammont du Pont Copeland to the Peabody Essex Museum of Salem. The Peabody Museum, originally the Salem East India Marine Society, was founded in 1799 and is the oldest continuously operating museum in the United States. The long collecting history of Asian export ceramics at this time-honored institution makes it an uniquely appropriate repository for the Copeland Collection. Beautifully crafted, modeled with animation and wit, and magnificently enameled, these treasures predominately produced by one culture for the amusement and use of another culture, still communicate to us our common interests and the long history of our mutual fascination. The Peabody Museum of Salem takes great pride in presenting this catalogue which we believe bears witness to the unerring taste and discriminating eye of a distinguished collector, a generous patron of the arts and a loyal friend.