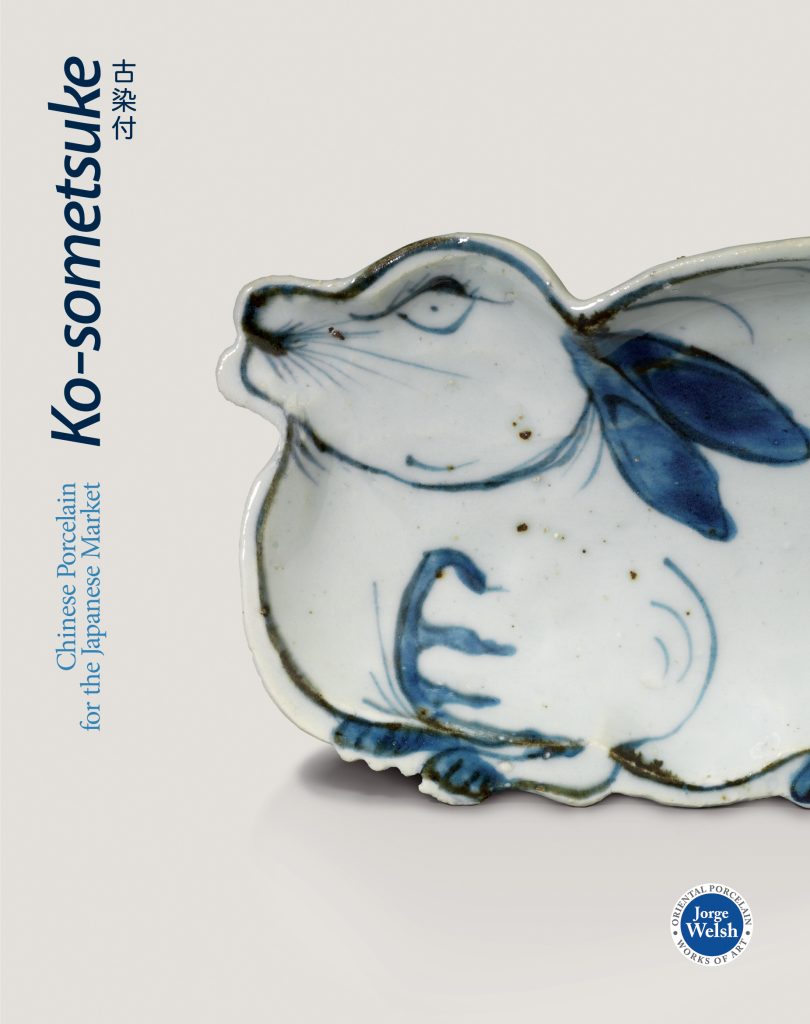 Ko-sometsuke (‘old blue and white’) porcelain was produced specifically for the Japanese market during the final decades of the Ming dynasty (1368-1644).

The lack of Chinese imperial patronage during this period prompted the potters at the Jingdezhen kilns, Jiangxi province, to seek out new markets for their porcelain. This coincided with the rising popularity of the tea ceremony in Japan, which required a number of different utensils. Fulfilling the orders that followed from Japanese tea masters resulted in the flourishing of Chinese porcelain trade to Japan at this time. Ko-sometsuke wares were made to Japanese taste, in an astonishing variety of odd, asymmetrical and occasionally humorous forms. In contrast to the traditional blue and white wares produced at Jingdezhen, ko-sometsuke porcelain was deliberately potted in a rough manner from poorly levigated clay, and bears numerous flaws and imperfections as a result. The mushikui or ‘moth-eaten’ edges, which are so prevalent among these wares, were particularly prized in Japan. The sheer diversity of unique shapes amongst these mukozuke alone is not only a testament to this highly creative period at Jingdezhen. It is also representative of the adaptable nature of the Chinese potters and the cultural interactions between China and Japan during this period.