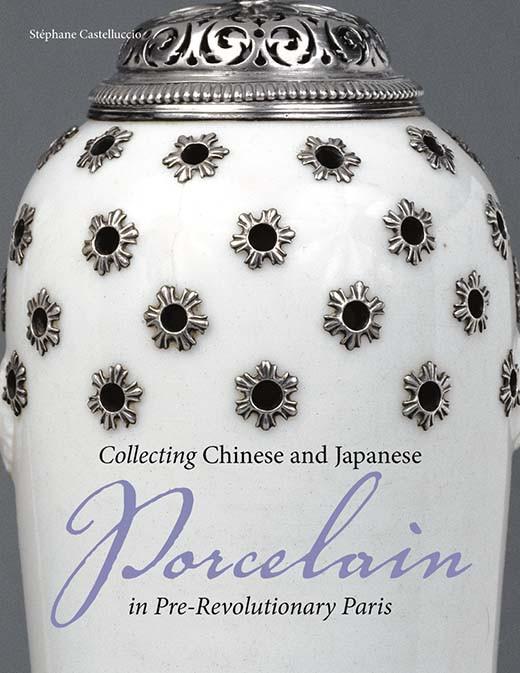 This beautifully illustrated volume traces the changing market for Chinese and Japanese porcelain in Paris from the early years of the reign of Louis XIV (1643–1715) through the eighteenth century. The increase in the quantity and variety of East Asian wares imported during this period spurred efforts to record and analyze them, resulting in a profusion of inventories, sales catalogues, and treatises. These contemporary sources—many never published before—provide a comprehensive picture of porcelains: when they were first available; what kinds were most admired during various periods; where and at what price they were sold; who owned them; and how they were displayed and used.

Over the course of these two centuries, a preference for blue-and-white Chinese works arranged in crowded, asymmetrical groupings gave way to symmetrical presentations of polychrome and monochrome Japanese pieces on brackets, tables, and mantelpieces, often mixed with bronzes, marble vases, and paintings. Some porcelains now received elaborate silver or gilt-bronze mounts. The illustrated pieces, which include pitchers, vases, lidded bowls, and writing sets, are drawn from the collections of the J. Paul Getty Museum, the Victoria and Albert Museum, and the Musée des Arts Décoratifs in Paris. Also included are exquisite porcelains from the Musée Guimet in Paris, many published here for the first time.