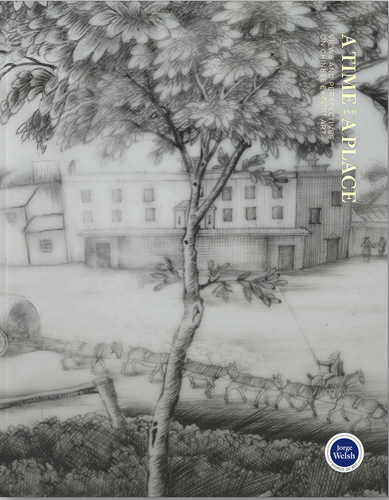 A Time and A Place: Views and Perspectives on Chinese Export Art

Exhibition catalogue; The 18th century saw the rise of ‘views and perspectives’ as a theme in European arts. The increasing popularity of this subject was not only influenced by the idea of the Picturesque, but also by a fashion for Antiquarianism. The appearance of ‘views and perspectives’ on Chinese works of art for Western markets was a direct result of this change in taste. Such scenes were painted for a variety of purposes, for family remembrance or status, a religious or political token, or simply as a souvenir.

With 84 entries and over 60 supporting images, this catalogue focuses on ‘views and perspectives’ on Chinese art as a subject in its own right, revealing new sources for scenes that have not been identified before. Extending chronologically from the late 17th until the late 19th century, this catalogue also builds bridges with the present by showing some scenes as they appear today.

Entries range from individual plates, dinner services, tea sets, punch bowls, mugs, snuff boxes, urns, cisterns, vases and plaques made in porcelain, to folding fans, painted ivory plaques, lacquer and canvas, these pieces are hybrid objects, which are both Chinese and European, and are fascinating historical testimonies of artistic interactions between cultures.