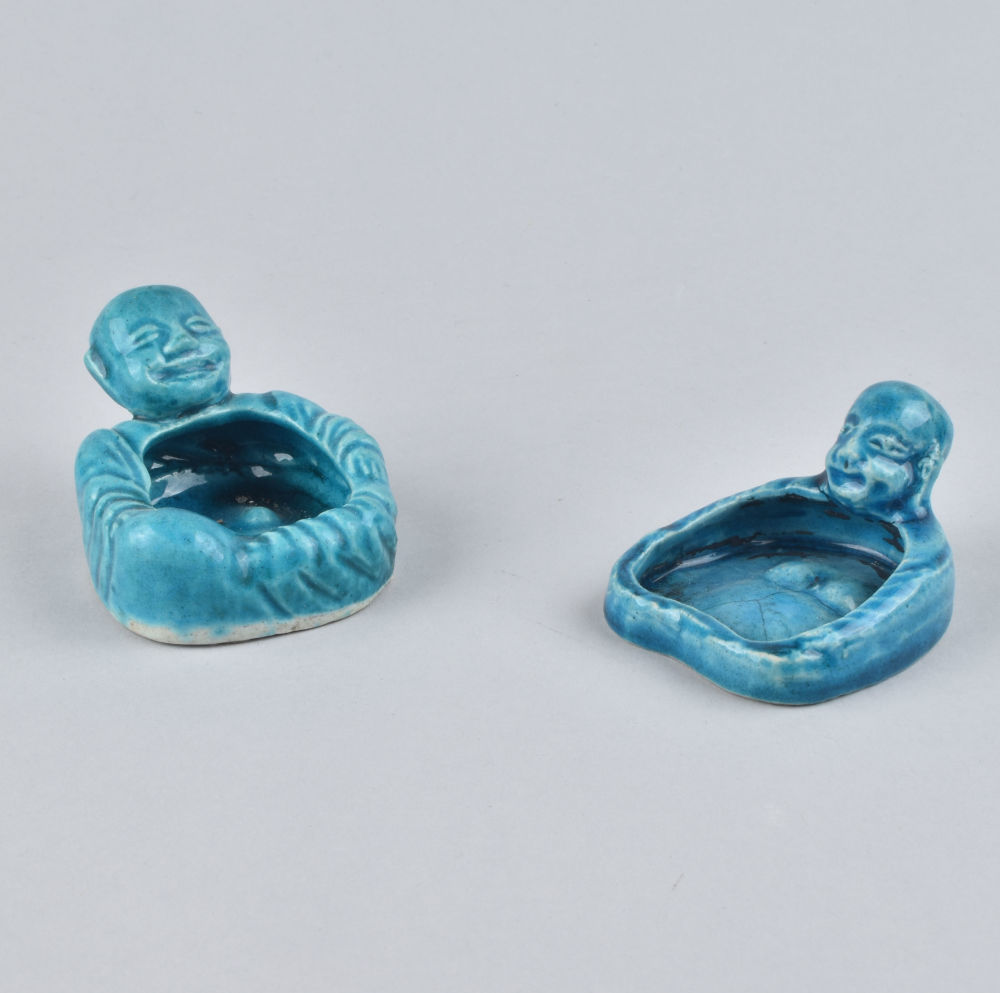 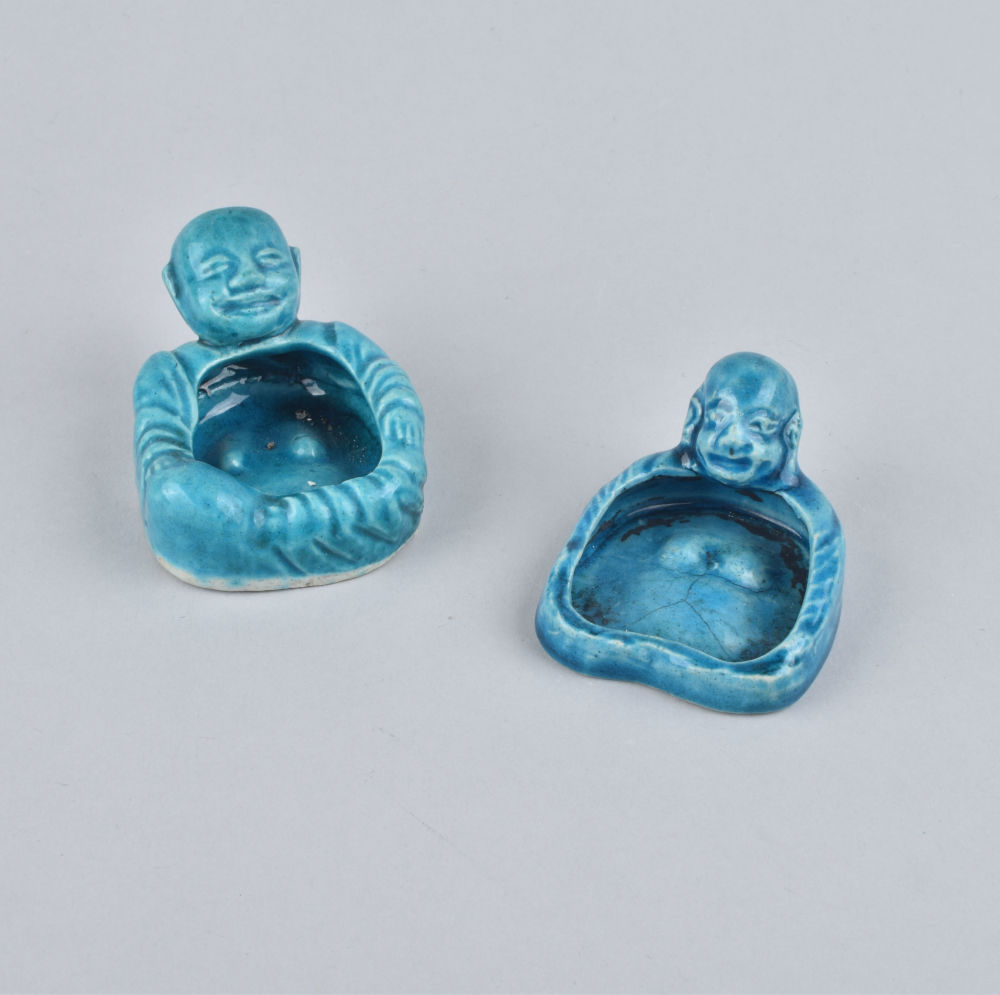 In China, porcelain figures of Budai would often have a slender incense-stick burning at the side in the nozzle provided, they would have been used in a family shrine while offering prayers but in the West they would be seen as exotic curiosities. Some were used, in a different form, as brush washers. Figures of Budai were sometimes referred to as Magot or Pagod. The term Magot was used from as early as the mid 17th century to describe the European heavy set or bizarre representations in clay, plaster, bronze or porcelain of Chinese or Indian figures. The term is usually used to describe the European porcelain. `Pagoda Figure` comes from the term pagode or religious figures housed in pagoda shrines. (Kisluk-Grosheide, `The Reign of Magots and Pagods`, Metropolitan Museum Journal 73, 2002, pp. 177, 181, 182, 184).

Budai is a Chinese deity. His name means “Cloth Sack”, and comes from the bag that he carries. According to Chinese tradition, Budai was an eccentric Chinese Zen monk who lived during the 10th Century. He is almost always shown smiling or laughing, hence his nickname in Chinese, the Laughing Buddha. In English speaking countries, he is popularly known also as the `Fat Buddha`. Budai is often depicted as having the appearance of an amply proportioned bald man wearing a robe and wearing or otherwise carrying prayer beads. He carries his few possessions in a cloth sack, being poor but content. His figure appears throughout Chinese culture as a representation of contentment. His image graces many temples, restaurants, amulets, and businesses. Amongst Westerners new to Buddhism, Budai is often confused with the historical Buddha, Siddhartha Gautama. However, the two are visually very distinct. Gautama is commonly depicted as being tall and slender in appearance (although since no images of him from his lifetime exist, this depiction of him is unverifiable and possibly idealized) ; Budai is short and overweight.