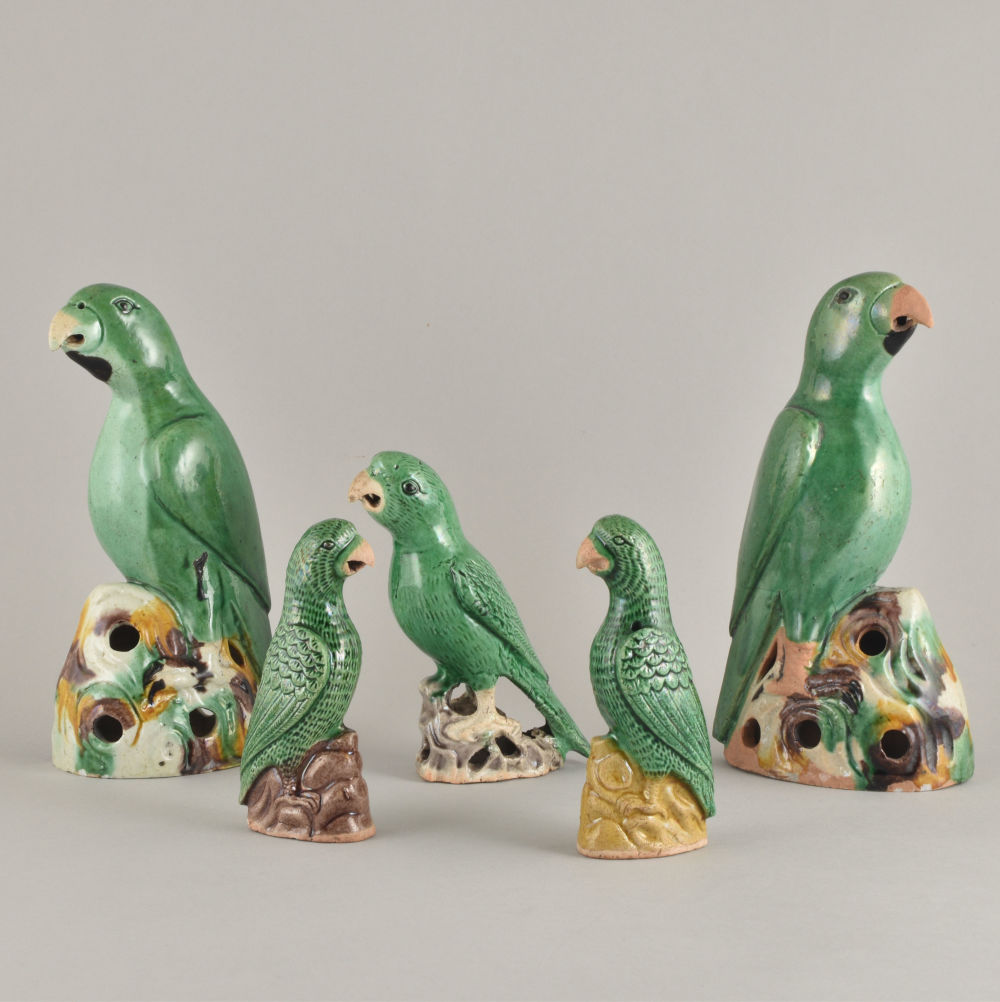 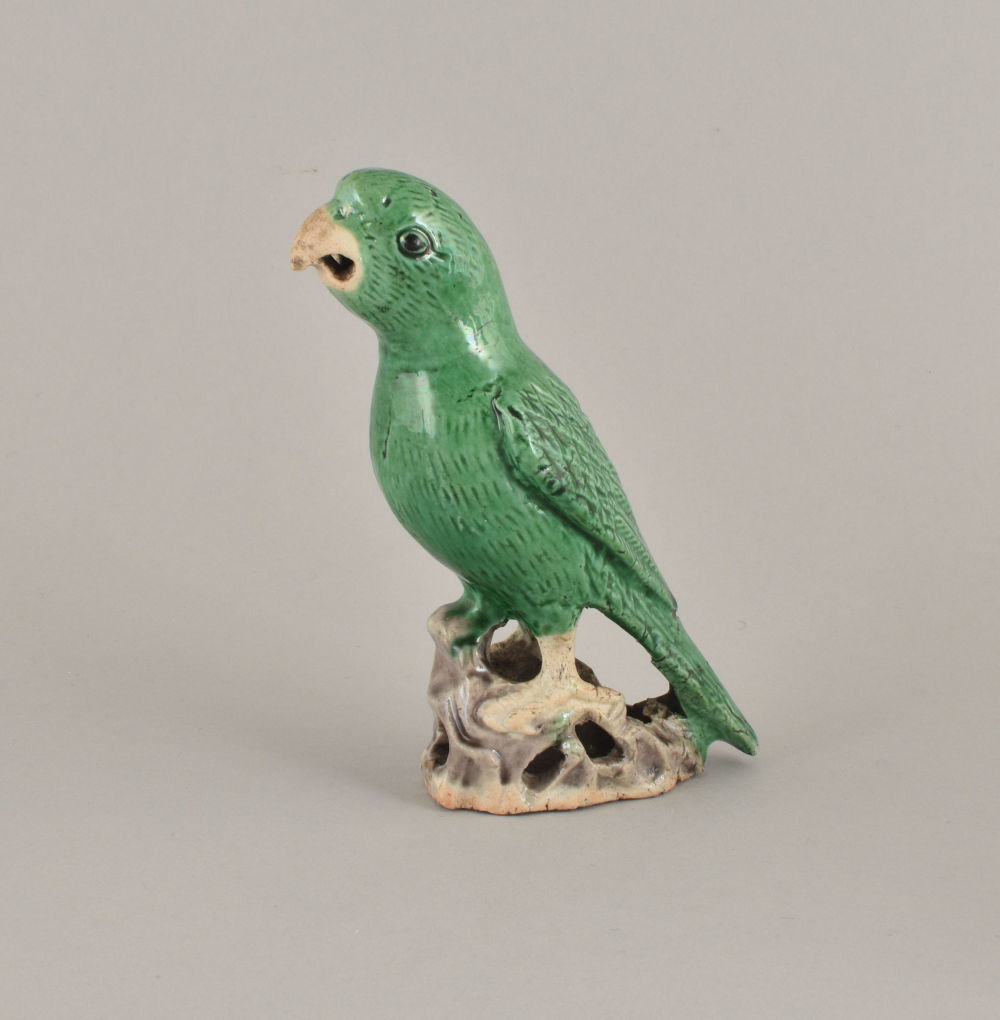 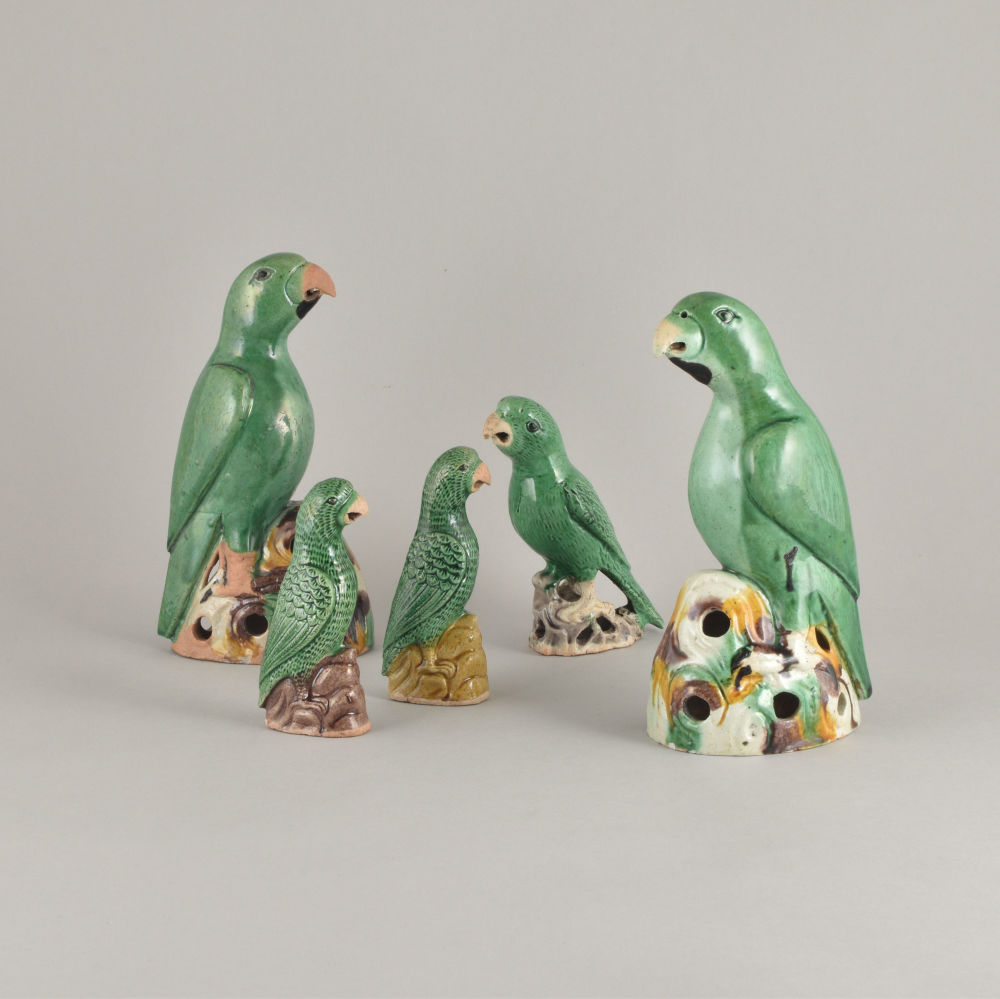 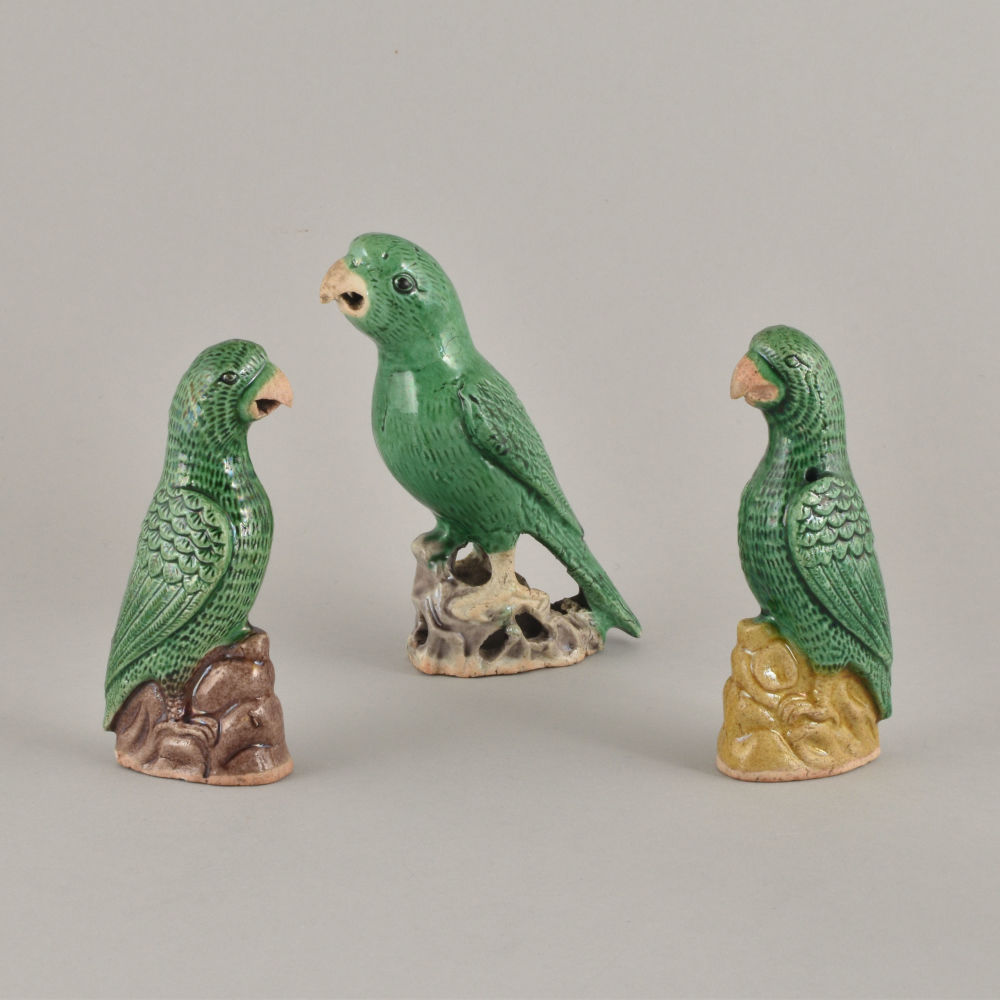 Naturalistically moulded in two halves, perched on a pierced rock work base and with folded wings, heads turned slightly to the right or the left, the beaks open. The body are decorated with shades  of green enamel and the eyes are pencilled in black, while the claws and beak are left in the biscuit. The hollow rockwork base is painted in the “egg-and-spinach” pattern for the largest figures, in manganese or yellow enamels for the smaller.

A figure of a parrot (with an unusual yellow base) was published by Jorge Welsh in Biscuit: Refined Chinese Famille Verte Wares, Jorge Welsh Books, London and Lisbon, October, 2012, no. 54.

Early figures of famille verte parrots are also illustrated by J. Ayers in Chinese Works of Art in the Collection of Her Majesty the Queen, London, 2016, vol. I, no. 540-541.

Among early examples are those mounted in gilt bronze as part of chandeliers which were installed royal European castles, at the palace of Versailles. Examples were also found in the porcelain room of Charlottenburg, or in the inventory of the Dresden Collection of August the Strong in 1700.

Examples from the Peabody Essex Museum are also illustrated by William Sargent in The Copeland Collection: Chinese and Japanese Ceramic Figures, 1991, no. 37/38.

During Kangxi reign (1662-1722), parrot depicted in various colors of porcelain, were popular in the West because of their vibrant and exotic appearance. During the 18th century, the taste for parrots was further encouraged by the fashion for exotic orientalist, when having live parrots was also popular. Models of small parrots ere found in the VOC wreck Oosterland which sank in 1697.