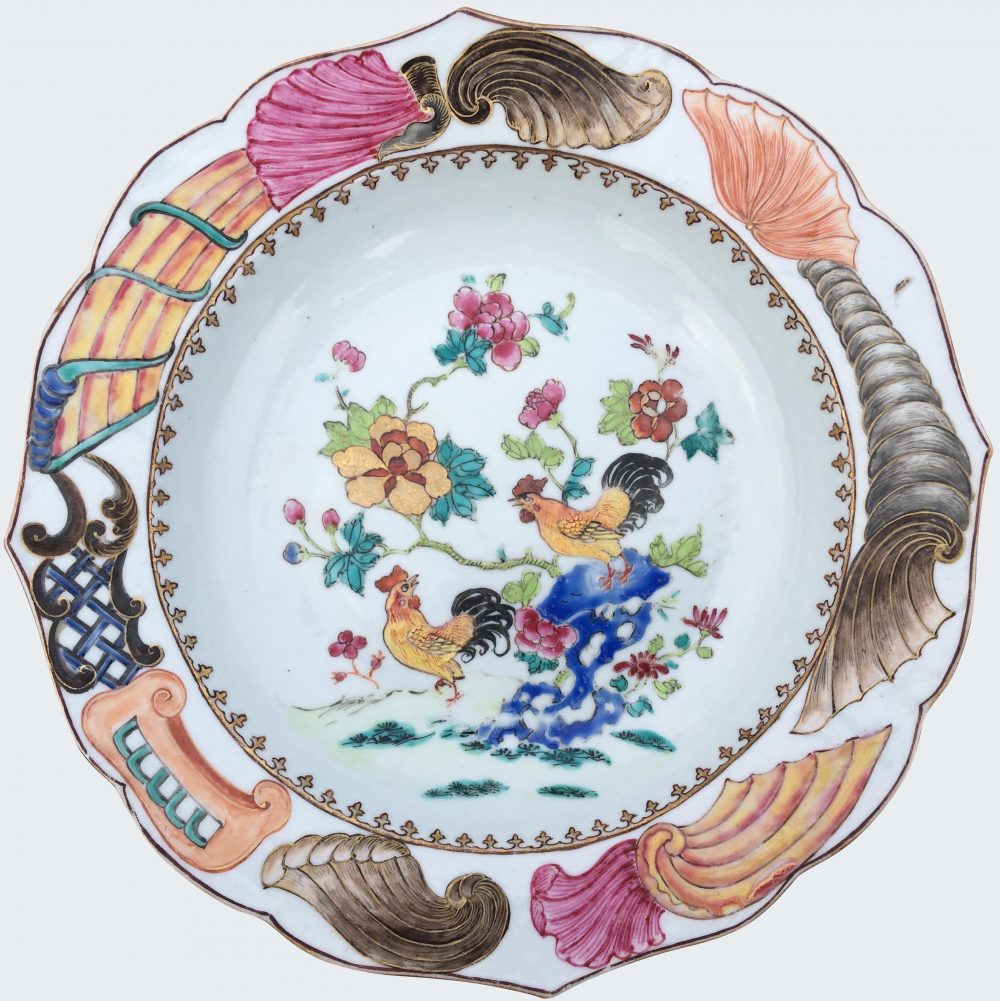 Enameled as the centre with two cockerels, one perched on blue pierced rockwork beside three peonies, within a band of gilt spearheads in the well and a bold and stricking design of shells at the border below the foliate rim.

Private collection from the south of France

This very unusual border is closely related to the border on two others services ; the famille rose armorial service ordered by the Snoek family of the Netherland (Christie’s, The Hodroff Collection, 23 january 2008, lot 364), which also has similary shaped rims ; and a serie of plates and dishes painted in underglaze blue and white depicting various scenes of tea-production. 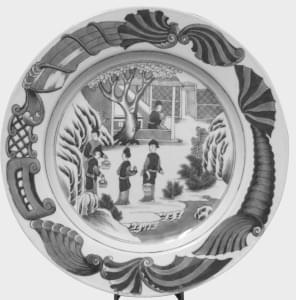 The plate border was probably inspired by patterns from a European rococo prototype. Although the design’s specific origin is not presently known, a faience tray from Rouen has a « décor à la corne » and shell decoration that provides a close comparison.

Left to follow their own discernment, the painters who decorated plates intended for a European market usually turned to traditional motifs. In these examples, the central decoration of roosters among peonies and rocks becomes emblematic of wealth, fame, and good fortune. Together, the rooster (gongji) and peony (fuguihua) complete a rebus conveying the wish « May you receive official rank and honor ». It also can mean « wealth, rank, and good fortune », because the term for a large rooster is a pun on « good fortune ». The rooster atop the rock may also be seen as a rebus meaning « May there be good fortune inside the home », as the words for rock (shi) and home (shi) are pronounced in the same way.