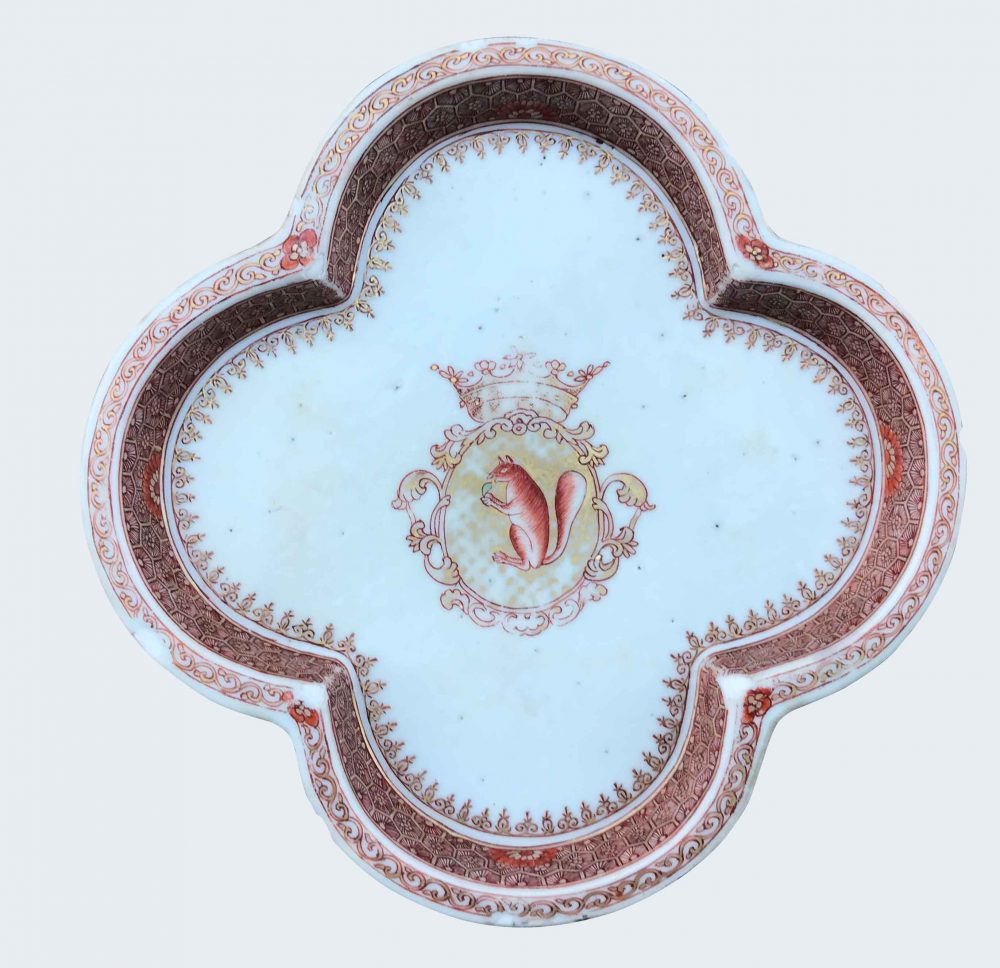 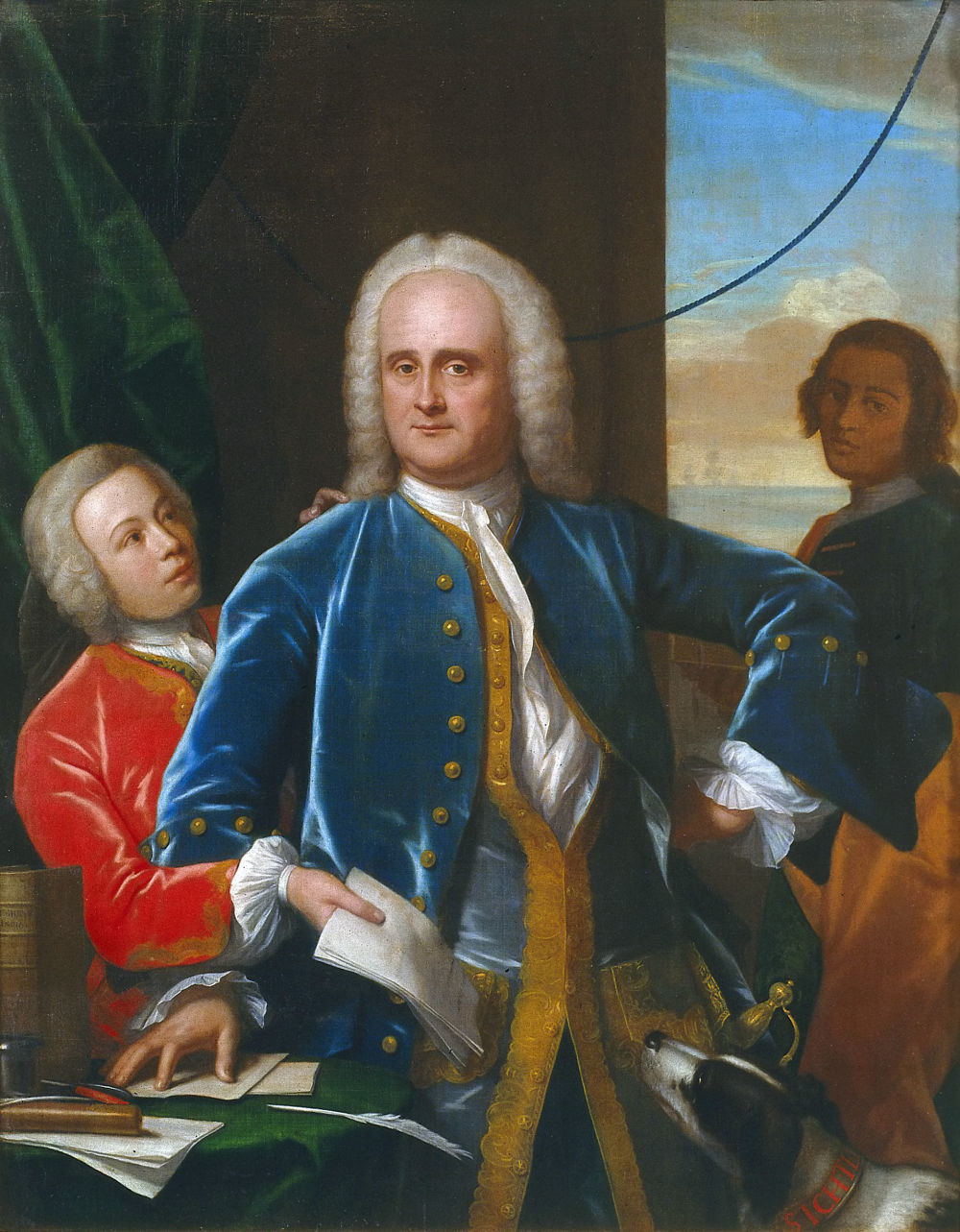 Decorated in rouge-de-fer and gold with brown, green, purple and blue with a honeycomb diaper border and the Sichterman arms in the centre.

An identical pattipan, of the same form but from another service of Sichterman was sold at Christie’s Amsterdam, European Noble and Private Collections, including property sold to benefit Kasteel Amerongen, 14 february 2006, lot 1075.