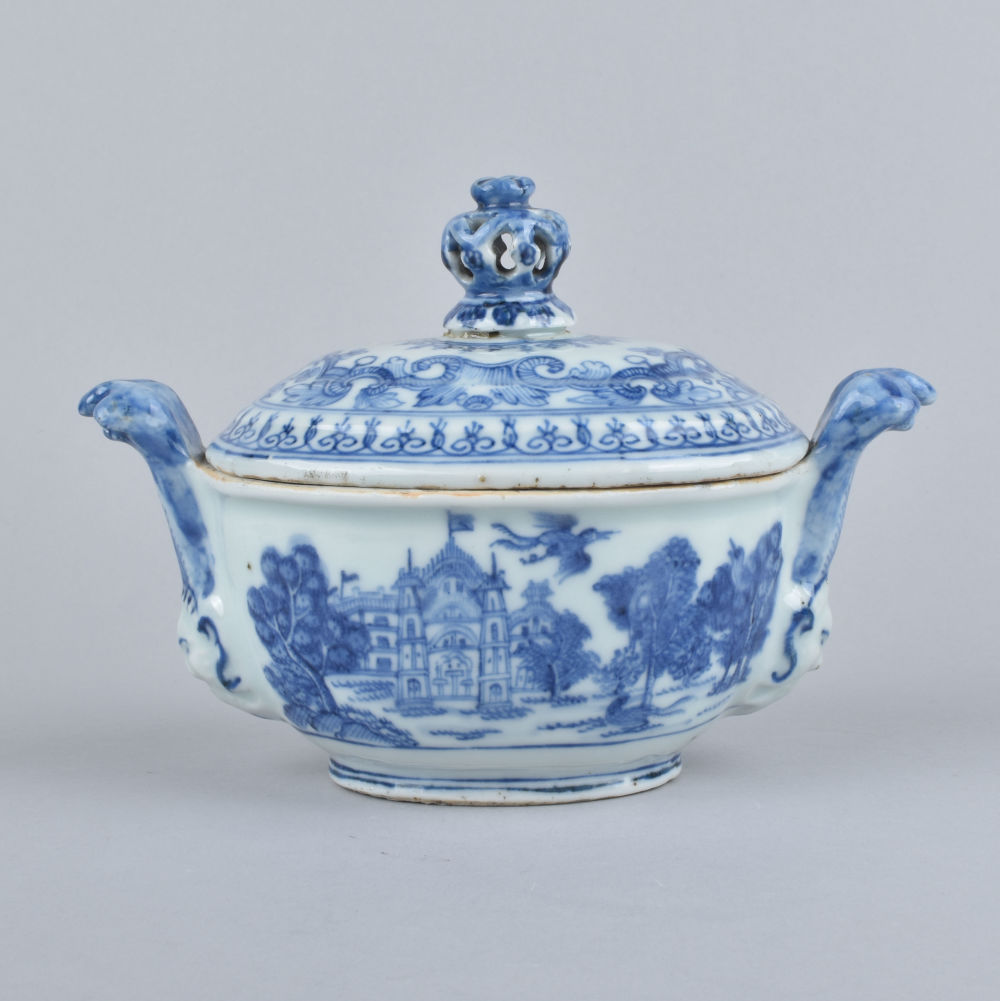 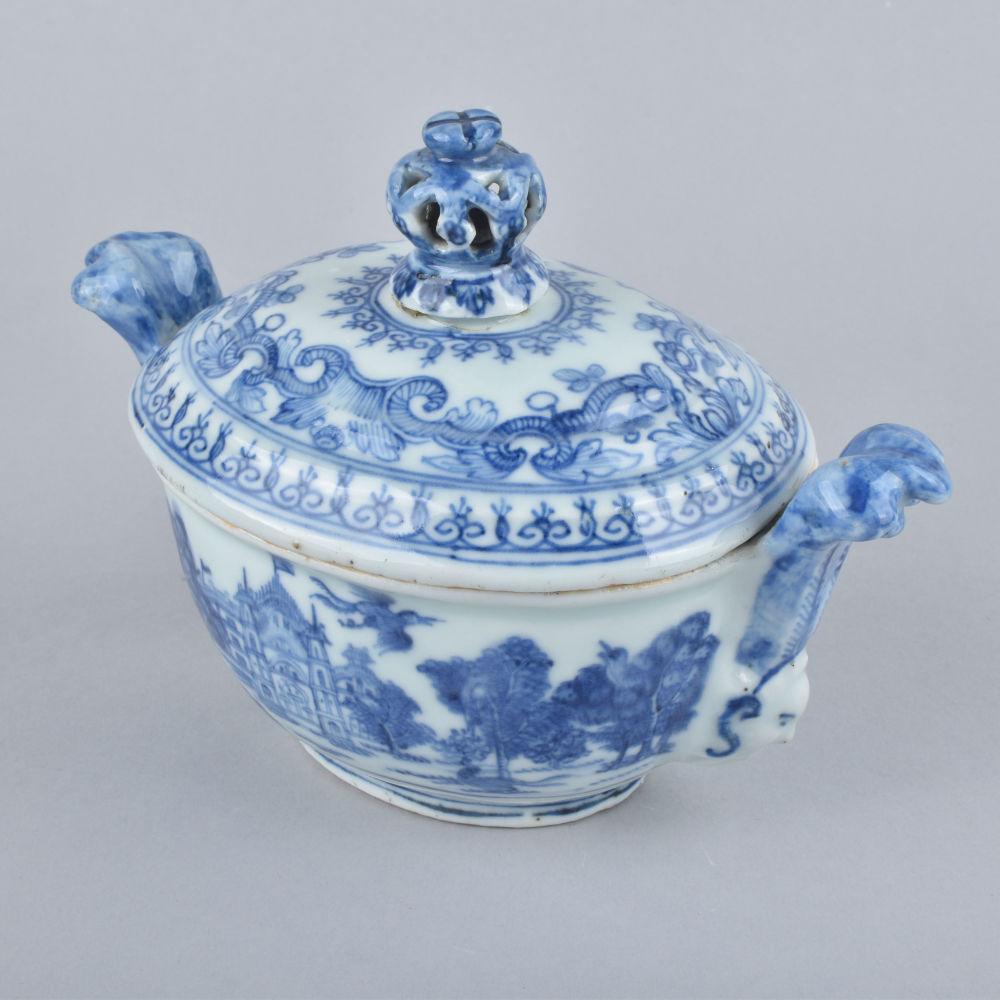 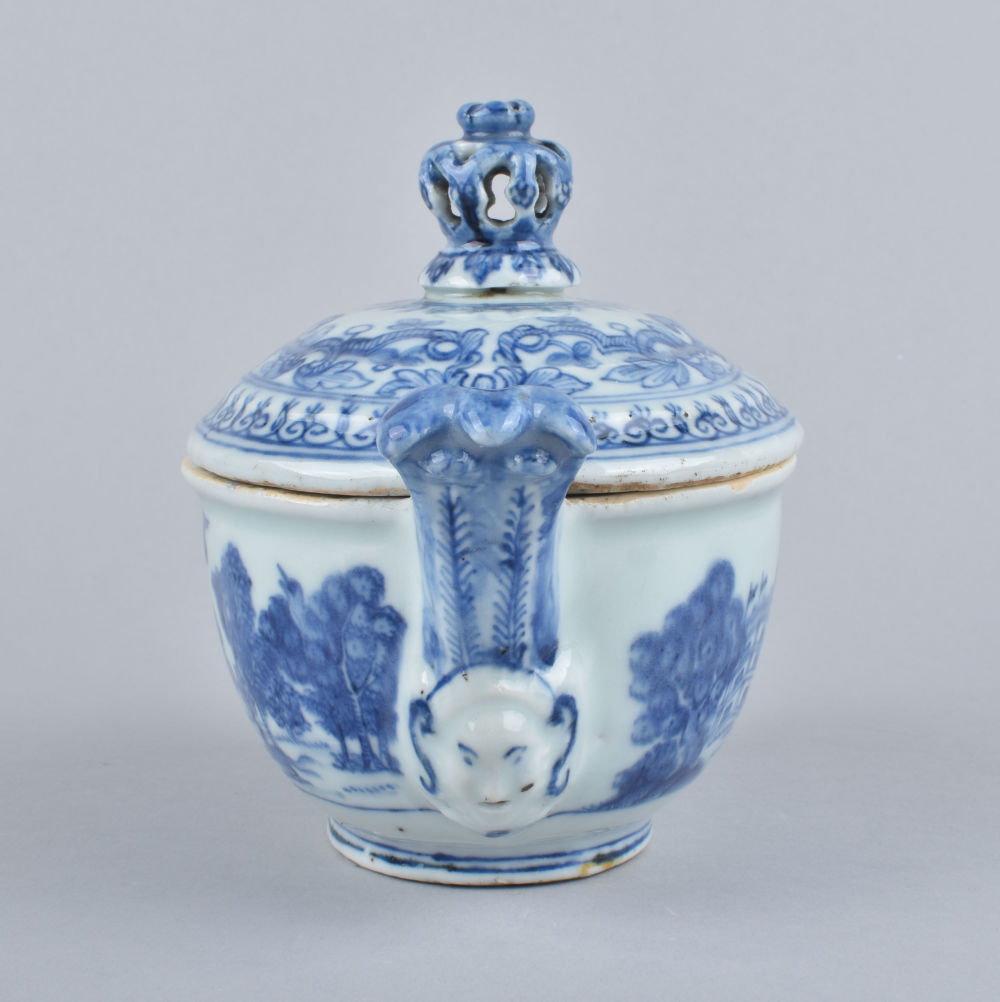 Of oval-shaped form, decorated in different shades shades of underglaze blue with a scene of a large Elizabeth style mansion surrounded by trees, called “Burghley House”, the sauce tureen with handles in the form of masks with hight plumes, with a domed cover with a coronal knot and a border of baroque foliate scrollwork.

Plates with this decoration are also in the British Museum, in the Ostasiatiska Museet in Stockholm, in the former Ravi and Mildred Mottahedeh Collection.

We have not repertoried another sauce tureen with this decoration, which makes it a very rare piece

The scene on this tureen is thought to represent Burghley House, while the scroll border painted on the cover is inspired by decorative patterns found on Dutch delft. One of the greatest examples of Elizabethan architecture in Britain, Burghley House, was built for Sir William Cecil (1520-1598), the first Lord Burghley and Lord Hight Treasurer to Queen Elizabeth I (1533-1603). The construction of the present house began in 1555, on the site of an early 16th century building, and completed in 1587.

Burghley House is represented very accurately on a Chinese porcelain punch bowl dating to 1735, painted in overglaze famille rose enamels, grisaille and gold, and made for Sir Brownlow Cecile (1701-1754).

The depiction on the present tureen, thought to have been part of a dinner, service, is roughly rendered and lacks detail compared to the Chinese porcelain punch bowl. However, it is still identifiable as Burghley House, particularly in the representation of the left side of the building.