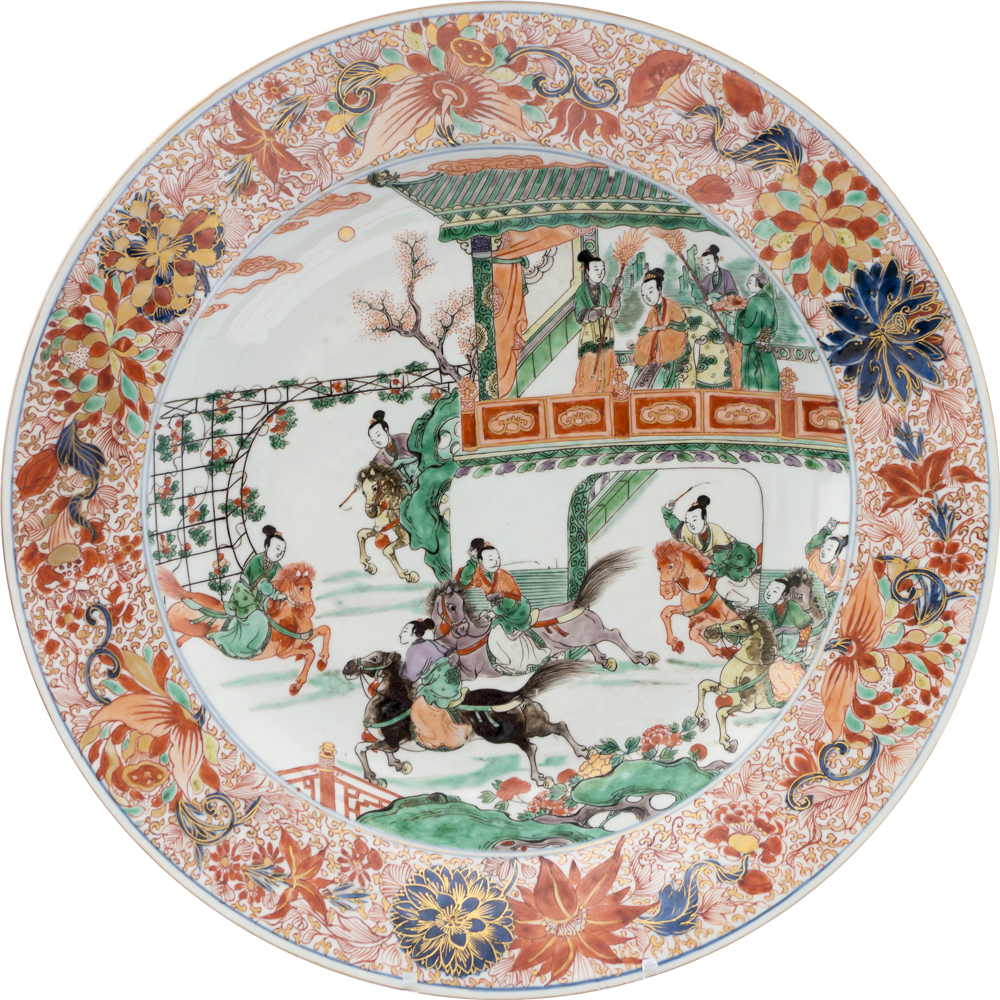 The centre enameled in the famille verte palette with eight female warriors on horseback being overlooked by a matriach and her attendants on a balcony, the broad everted rim with verte-Imari scrolling flowers, the reverse with three iron-red and underglaze blue prunus sprays.

From a private collection from Belgium

A larger dish, from the collection of Edmond de Rothschild at the château d’Arminvilliers, was sold at Sotheby’s Paris, 11 december 2014, lot 260.

For a similar dish, painted in famille rose enamels, see Christie’s New York, 23 january 2012, lot 390. A dish was published by Williamson in The book of Famille Rose (pl. XLIV). A pair of bottles with this design were published by Lusingh Scheurleer in Chine de Commande (fig. 150).

The center of this dish bears a design known as « The generals of the Yang family ». The center appears to show Mu Guying and seven others of the Yang widows preparing for battle, overseen family matriarch She Taijan.

This design appears to have been popular from about 1715-1735, at a time when extremely fine quality porcelain was produced. Dishes with this design and from this period are more commonly found decorated in the rose-verte or famille rose palette, and the verte-Imari palette appears to be particularly unusual. Rose-verte dishes with this design were known to have been amongst those in the vast collection of August the Strong (see F. Reichel, Die Porzellansammlung Augusts des Starken, Dresden, 1993, no. 21).