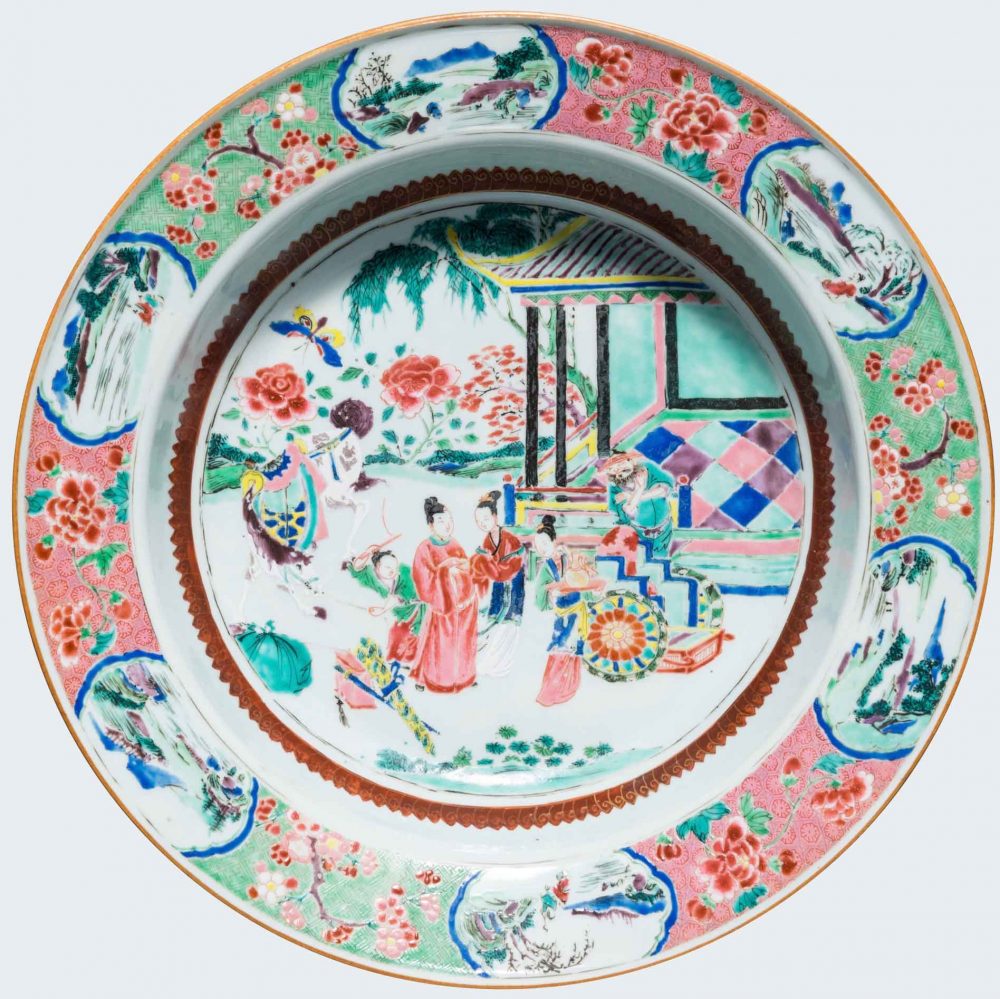 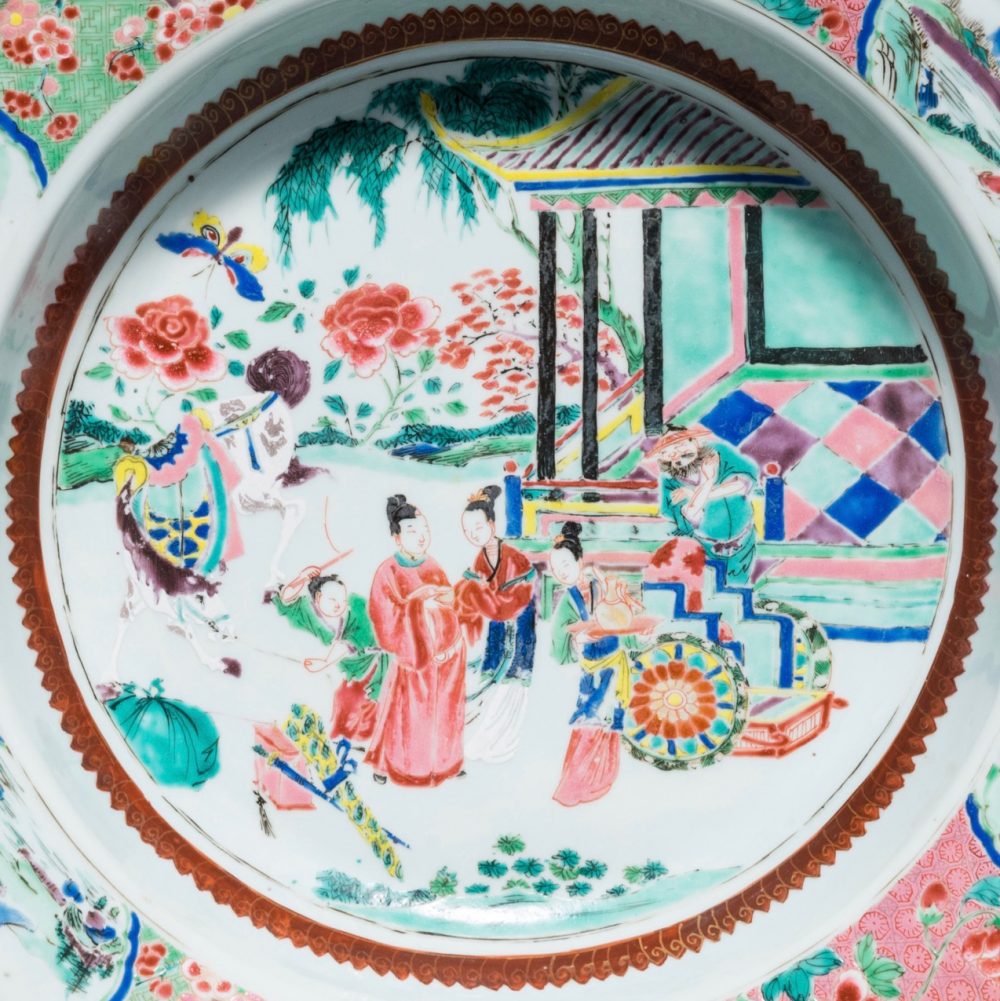 Decorated in the famille rose palette with figures in a scene from the Romance of the Western Chamber, the rim with landscape reserves on a pink and green diaper ground scattered with peonies.