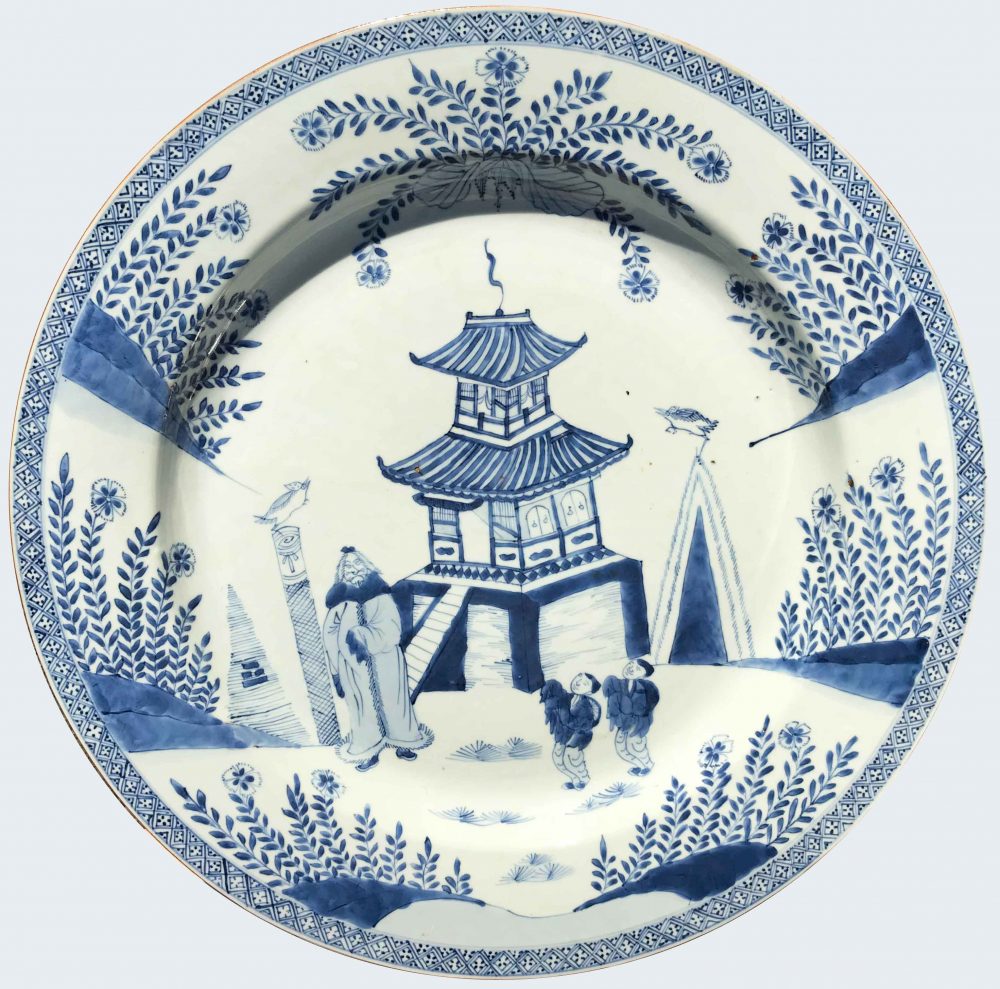 Painted in underglaze blue and decorated with a pavilion flanked by a bird perched on a tall column, a similar bird on stylised triangular rockwork, a figure who looks European and two worshipers, within tall asters and a matching border at the rim, and beneath a similar spray of asters.

A plate with this decoration is illustrated by David S. Howard in The Choice of the Private Trader (p. 44, n. 10).

The sprays of asters in the upper half of the central design is exactly as painted on cups and saucers of c. 1695, recovered off the Vung Tau peninsula from the wreck of Chinese vessel sailing to Batavia. The lower half of the design is well known in Holland as the “cuckoo in the house”. This design, the origin of which has never bee, fully explained, shows a small house and a separate tall chimney (on which occasionally sits a monkey) while two partridge-like birds fly in the sky. They are numbers of variations and the popularity of the design ensured its reordering over a considerable period.