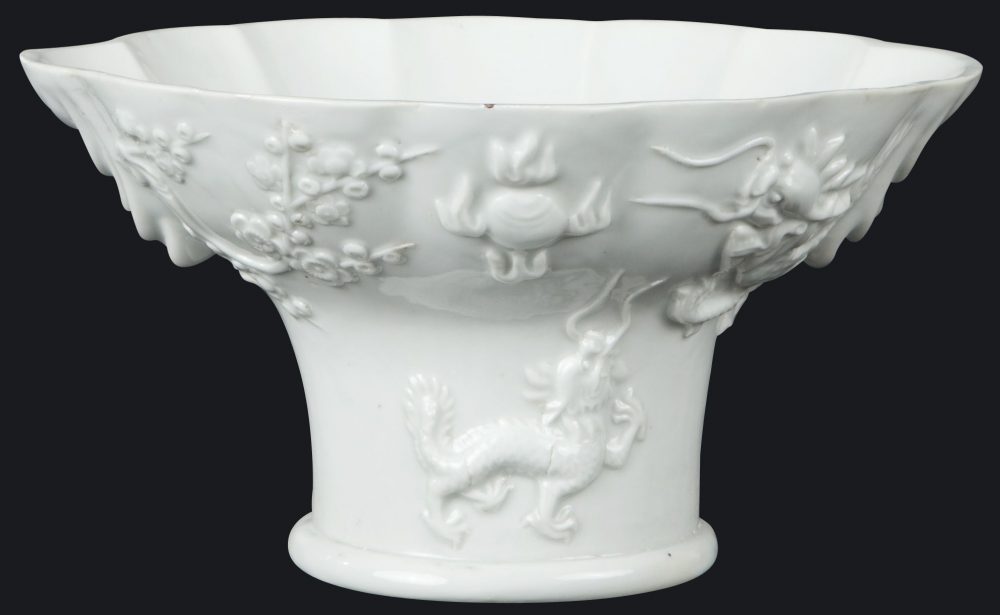 Libation cup “Blanc de Chine” with wavy rim and spreading foot. The sides are moulded with a prunus branch, a dragon pursuing a pearl and a ch’i-lin on one side, and a pine branch, crane, moon and tiger on the other. Porcelain of cold grayish-white tone.

Another example is in the Metropolitan Museum of New-York.