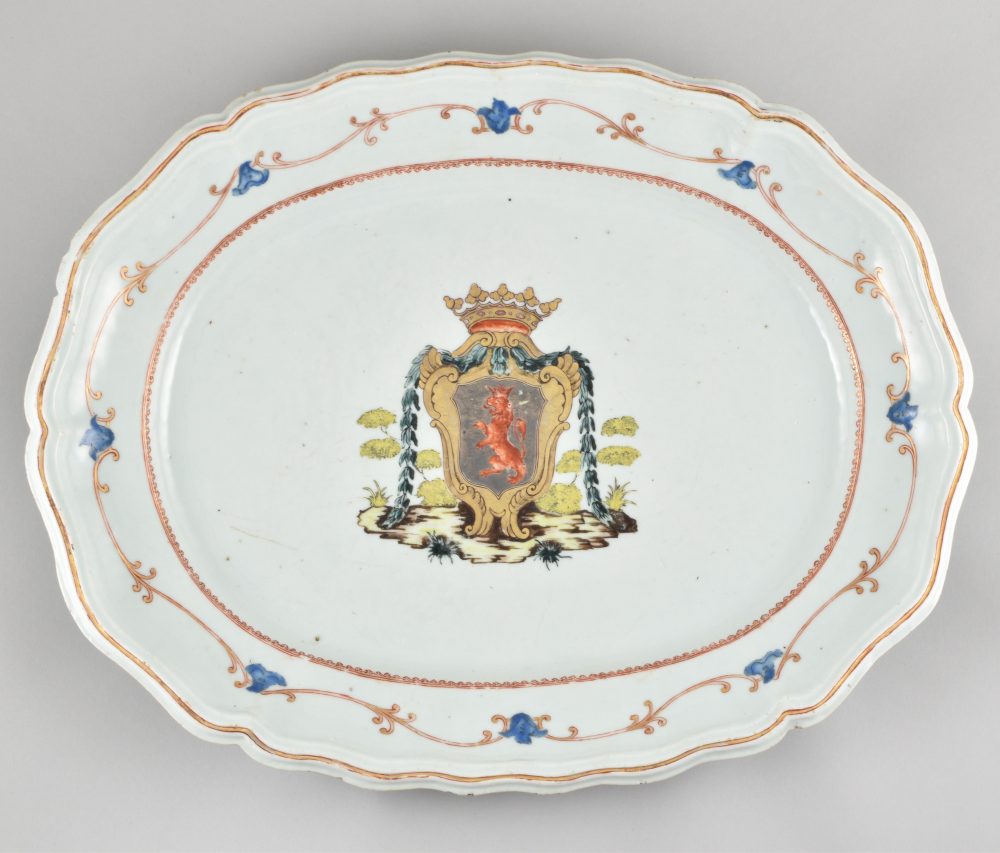 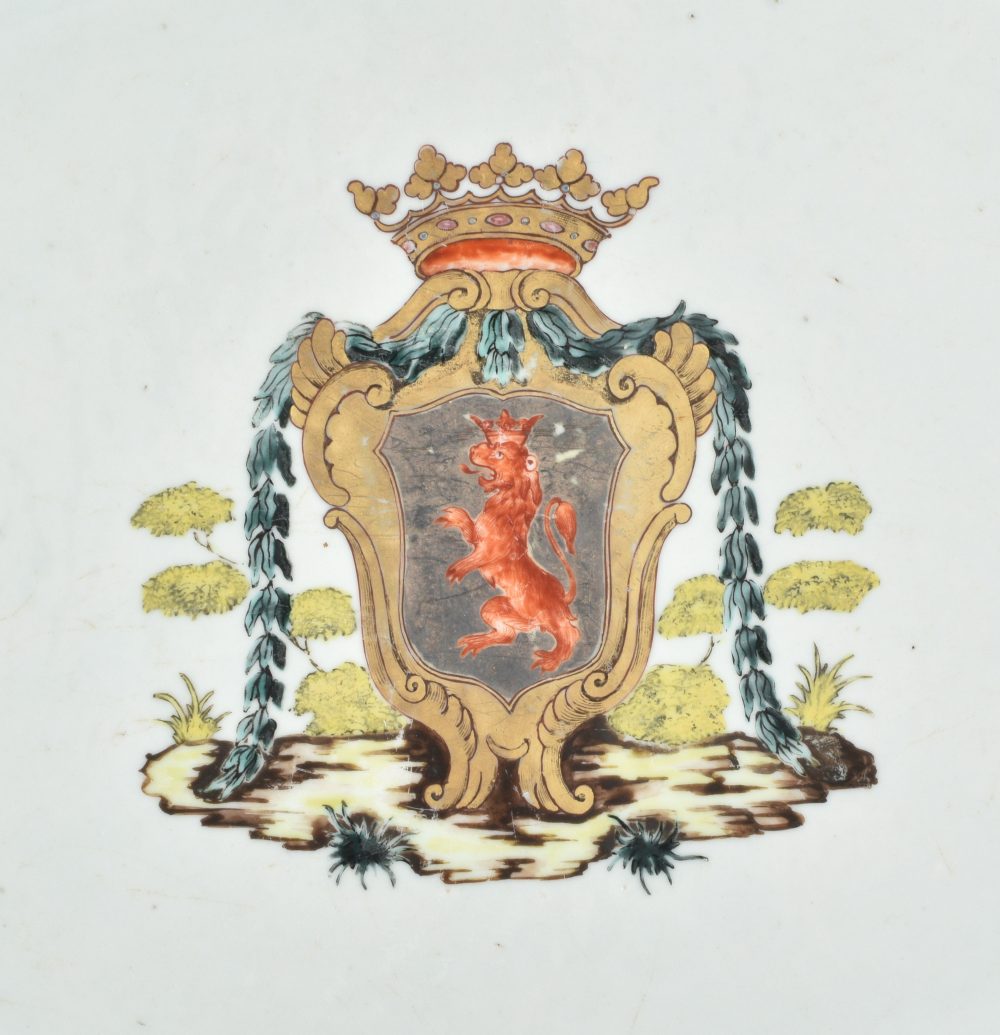 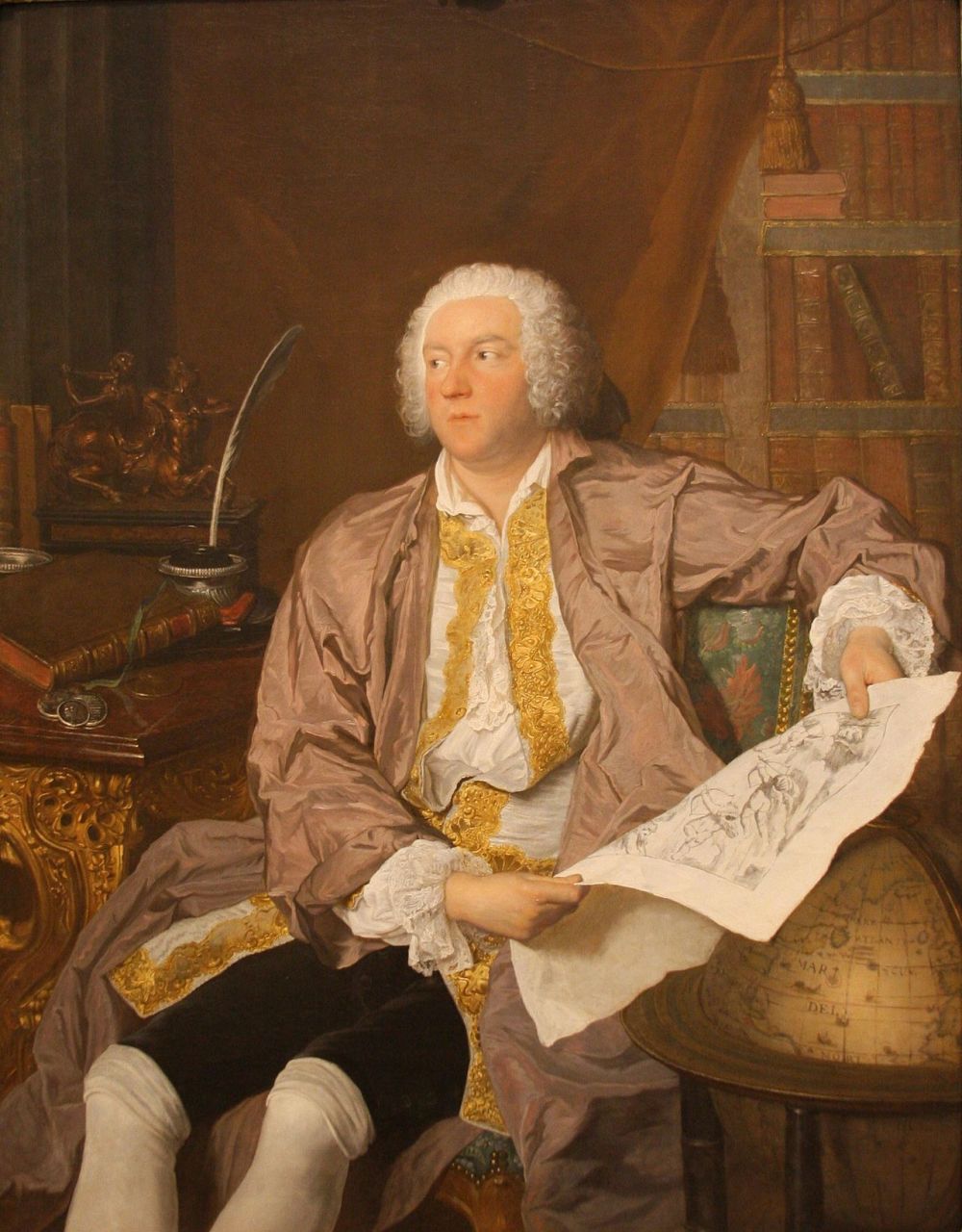 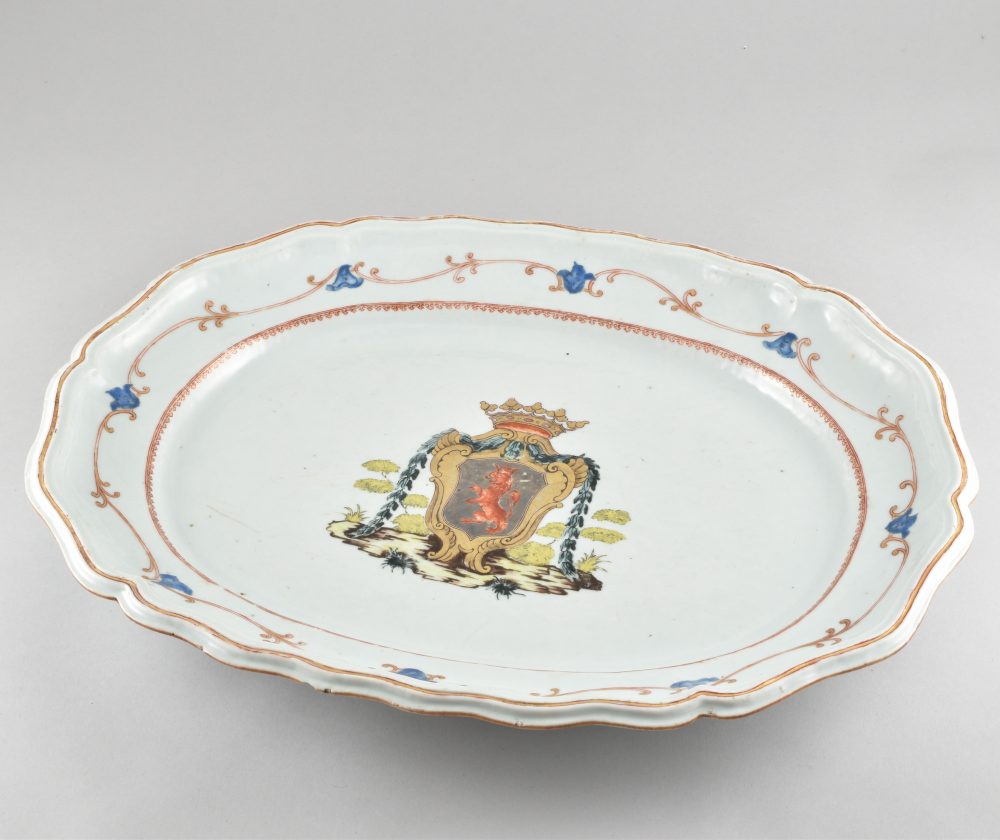 A very large Chinese dish with the coat-of-arms of Count Gustav Tessin, Swedish Ambassador to Paris, Prime Minister of Sweden.

Decorated to the centre with the coat-of-arms of Count Gustav Tessin, Ambassador to Paris, Prime Minister of Sweden, connoisseur of the arts.

A plate of this set is also in the collection of the Göteborgs Stadsmuseum (Sweden).

Count Carl Gustaf Tessin (5 September 1695 – 7 January 1770) was a Swedish politician and son of architect Nicodemus Tessin the Younger and Hedvig Eleonora Stenbock. He was one of the most brilliant personages of his day, and the most prominent representative of French culture in Sweden.

He began his public career in 1723, at which time he was a member of the Holstein faction, which promoted the claims of the young Duke Carl Frederick of Holstein to the Swedish throne. In 1725 Tessin was appointed ambassador at Vienna, and in that capacity counteracted the plans of the Swedish chancellor, Count Arvid Horn, for joining the anti-Russian Hanoverian Alliance.

During the riksdags of 1726–27 and 1731, Tessin fiercely opposed the government, and his wit, eloquence, and imposing presence made him one of the foremost protagonists of the party subsequently known as “The Hats”. From 1735 to 1736 he was again Swedish ambassador at Vienna. During the riksdag of 1738 he was elected marshal of the Riksdagof the Estates and contributed more than anyone else to the overthrow of the Horn administration the same year.

On the division of the spoil of patronage he chose for himself the post of ambassador extraordinary at Paris, and from 1739 to 1742 delighted Versailles with his brilliant qualities of grand seigneur, at the same time renewing the traditional alliance between France and Sweden which had been interrupted for more than sixty years. His political ability, however, was by no means commensurate with his splendid social qualities. It was his sanguine credulity which committed the Hats to their rash and unconsidered war with Russia in 1741–42, though in fairness it must be added that Tessin helped them out of their difficulties again by his adroitness as party leader and his stirring eloquence. He gained his seat in the senate as a reward for his services on this occasion. In 1743 Tessin attempted to reconcile the long outstanding differences between Sweden and Denmark in a special mission to Copenhagen.

In 1744 he was sent at the head of an extraordinary embassade to Berlin  to escort to Stockholm Frederick the Great’s sister, Louisa Ulrika, the chosen bride of the Swedish crown prince, Adolphus. As överhovmarskalk of the young court, Tessin speedily captivated the royal pair. He also succeeded in extricating the crown prince from the influence of the Russian Empress Elizabeth of Russia, to whom Adolphus Frederick owed his throne when he became King of Sweden in 1751, thereby essentially contributing to the maintenance of the independence of Sweden.

Carl Gustaf Tessin was also an art collector. During his mission in Paris, he bought a lot of paintings and drawings, including 2000 drawing from the famous 1741 auction of the Pierre Crozat former collection. Being heavily in debt on his return to Sweden, he was obliged to sell part of his collection to the then King Fredrik I, who gave them to Queen Louisa Ulrika. Part of his art collection is now exhibited in the Swedish Nationalmuseum. The collection was on display in New York at the Morgan Library & Museum :”Treasures from the Nationalmuseum of Sweden: The Collections of Count Tessin”. 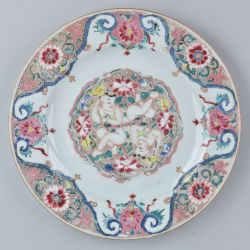 A pair of Chinese famille rose plates with two boys “back to back”. Yongzheng... 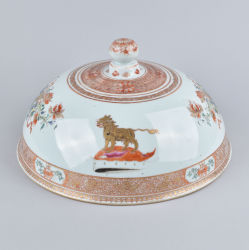 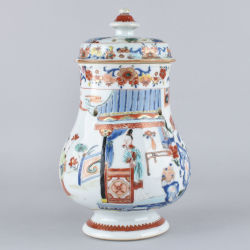