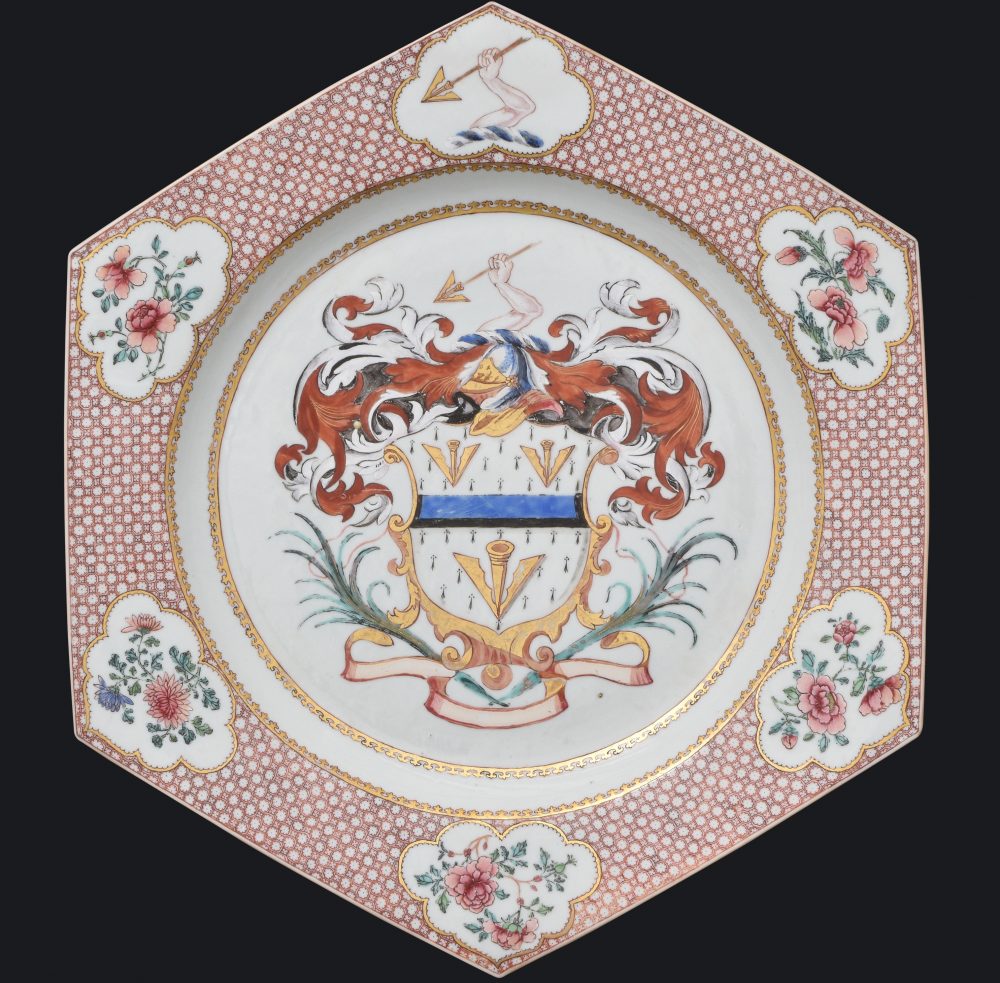 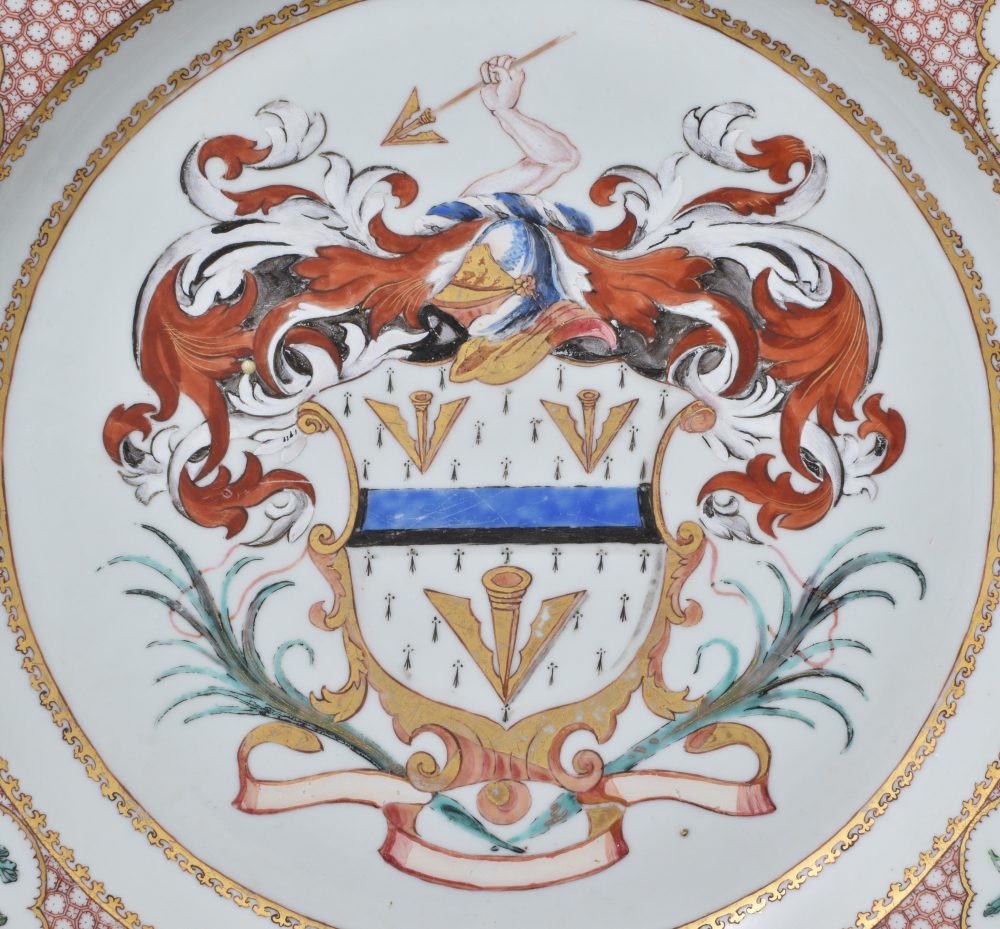 Bodly painted with the arms of Carleton in the center, the rim with five peony cartouches and one enclosing an arm rest on a cell-diaper ground.

This service is illustrated by David Sanctuary Howard in Chinese Armorial Porcelain, T. I, E15, p. 258 (with a large dish from the C.H. Bullivant Collection).

The Carleton family had long been seated in Cumberland at Carleton Hall, but Lancelot Carleton settled in Enniskillen, Ireland, about 1600. His great-grandson, Christopher Carleton of Newry, Co. Down, who married Catherine Ball, died in 1738 leaving, with other children, a third son, Sir Guy Carleton, Its Baron Dorchester, Lieutenant Governor of Canada 1766-70, Governor 1775-8, Commander-in-Chief in America 1781-3, and Governor of Quebec 1786-96. He died in 1808 having married Maria, daughter of the 2nd Earl of Effingham.

Carleton were Hight Sheriffs of Fermanagh, of Donegal, and of Monaghan, and Alexander Carleton was a London Banker, but it is not possible to say for whom this service was made.