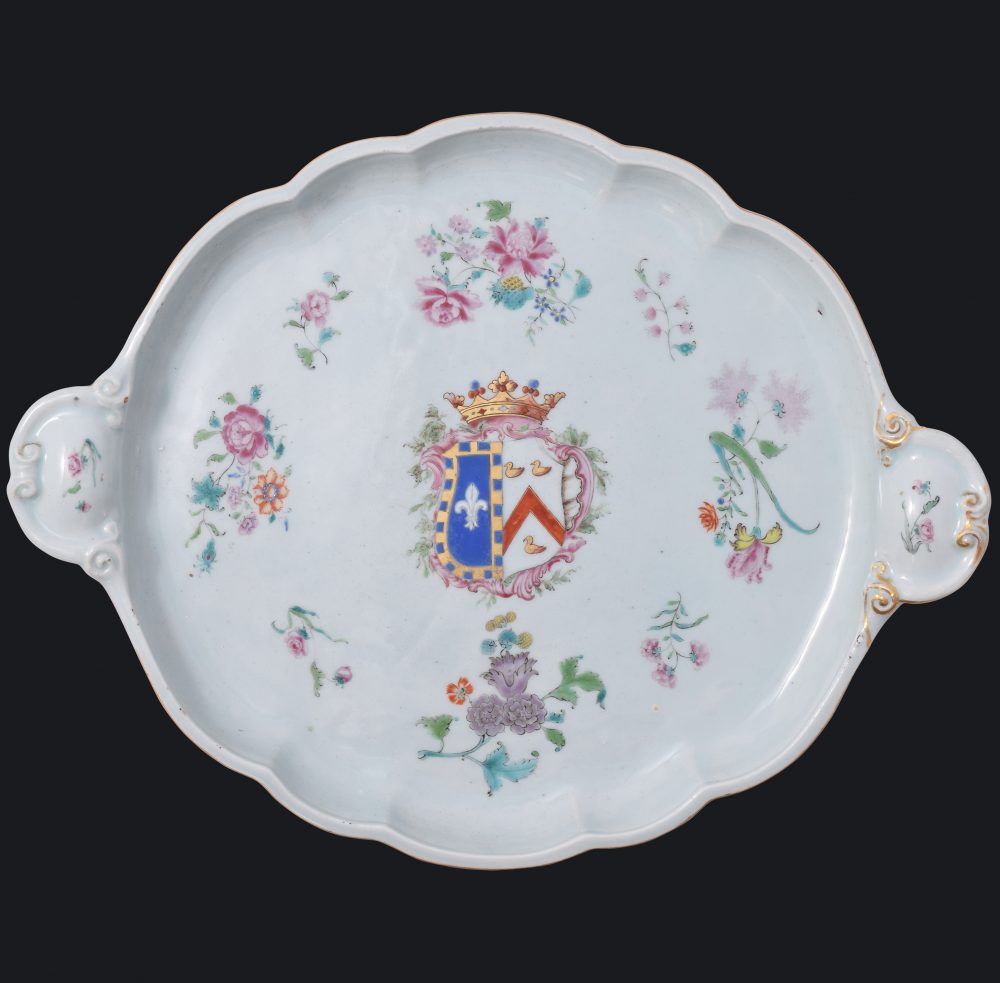 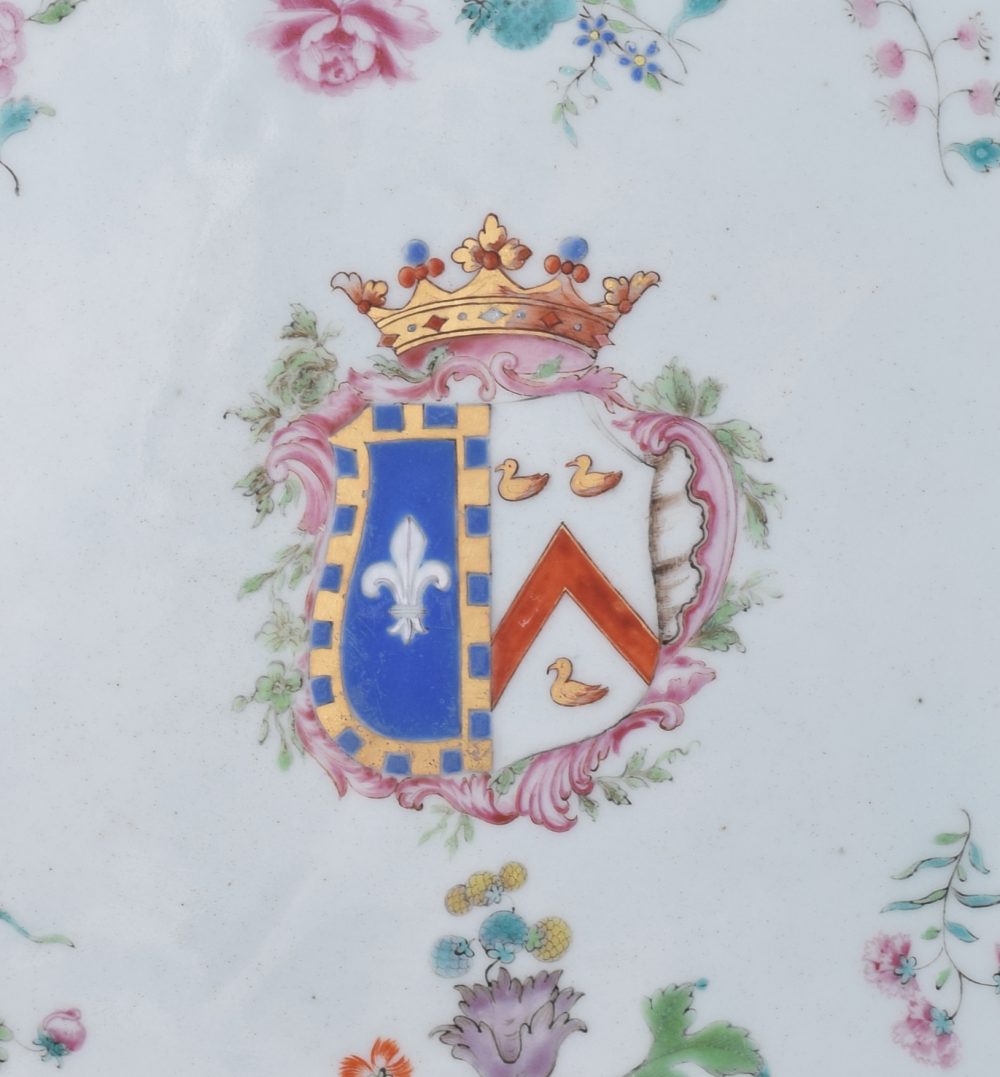 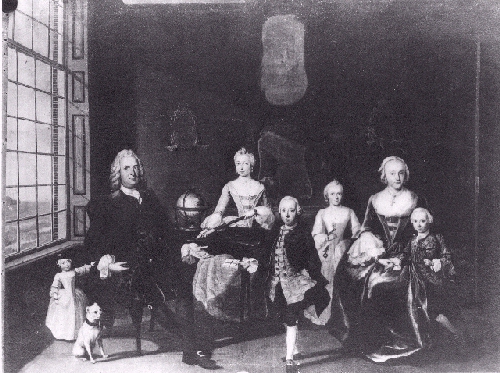 Of oval form, decorated in the famille rose palette with sprays of flowers, with upright and undulating rim, with two flat moulded handles at the ends, the coat of arms of the Crommelin to the center of the dish, in an asymmetrical shield in rococo style, impaled, 1. on a blue background a white (gold) fleur-de-lis, with a checquered border of blue and gold, 2. on a white (silver) background a red chevron with three gold (black) martlets (two-one). It is surrounded by a rocaillerie cartouche of shell, scrolls and branches, a coronet above.

From a collection of the West of France

This “oval fruit dish” form (or serving dish) is also known on two others famous armorial services for the Dutch market, the “Feith” service, and the “Van Hardenbroek II” service, both of them made also circa 1760.

This serving dish is part of a dinner service. A tureen and its platter are illustrated by Dr. Jochem Kroes in Chinese Armorial Porcelain for the Dutch Market, W Books, 2008, pp.453-455 , no. 377.

The impaled Crommelin arms were recorded for the first time on a seal of 1738 used by Christina Crommelin (1697-1769). The sinister part wth the chevron and martlets are the original coat of arms. Tradition has it that dexter part with the fleur-de-lis was added to the Crommelin arms by permission of the French King Henri IV (1553-1610) in 1596. The Crommelin family is of Flemish origin and from 1579 in St. Quentin, Picardy. From the early 1600’s, members of this family moved to Middelburg and Haarlem as cloth merchants.

This service must have been commissioned by Daniel Crommelin (1707-1789) and his son Robert Crommelin (1741-1808). Daniel’s Father, Charles was born in Paris and became a merchant in New York. He married to an american girl, Anne Sinclair (1691-1743). Daniel emigrated to the Netherlands, first to Rotterdam as a merchant, later living in Amsterdam. He was the founder of the firm Daniël Crommelin & Soonen which became very successful because its trade with the West Indies and America. In the late 18th century, this firm was one of the largest in Amsterdam (its capital totaling over two million guilders). Like his father, Robert became a very rich man living in several fashionable houses at the Herengracht in Amsterdam. He also owned a country seat in Muiderberg, Hofrust House.

Daniel seated in a domed room at Hofrust (Muiderberg) with his wife, Marie le Plastrier, surrounded by their five surviving children, circa 1753/54