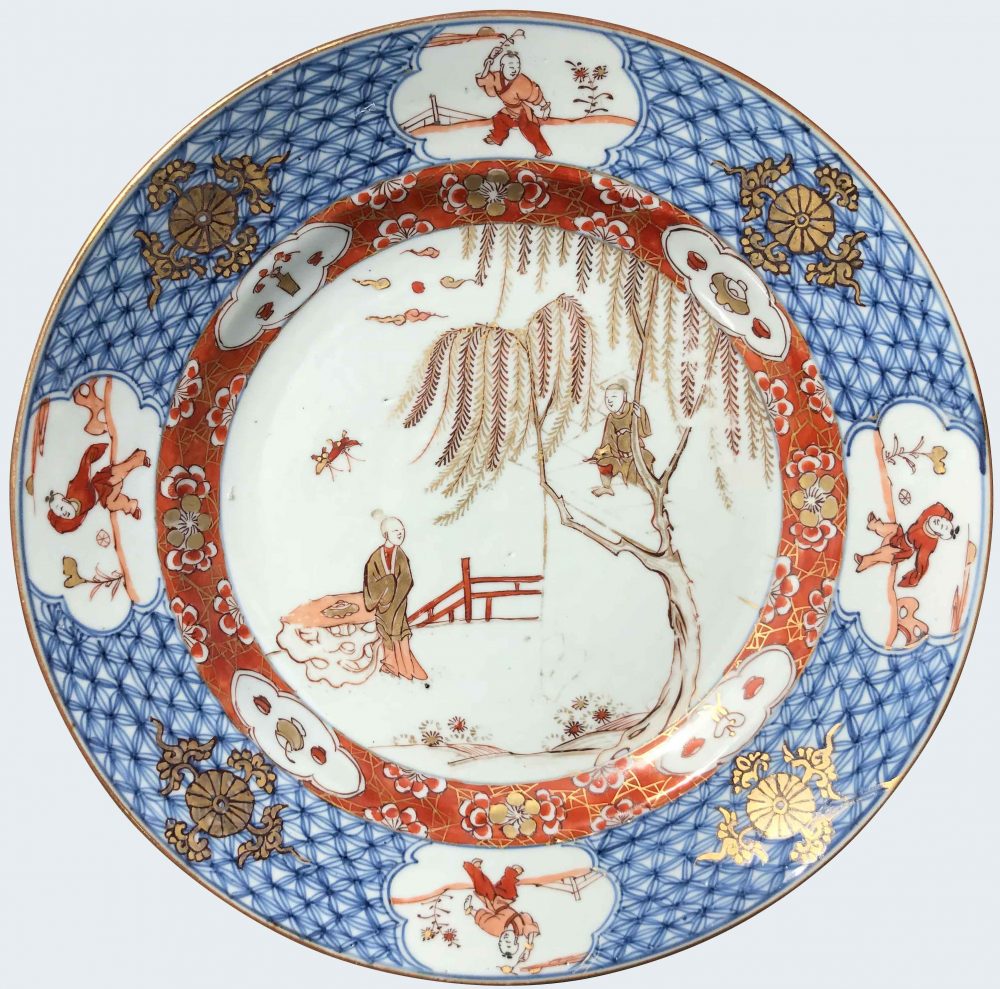 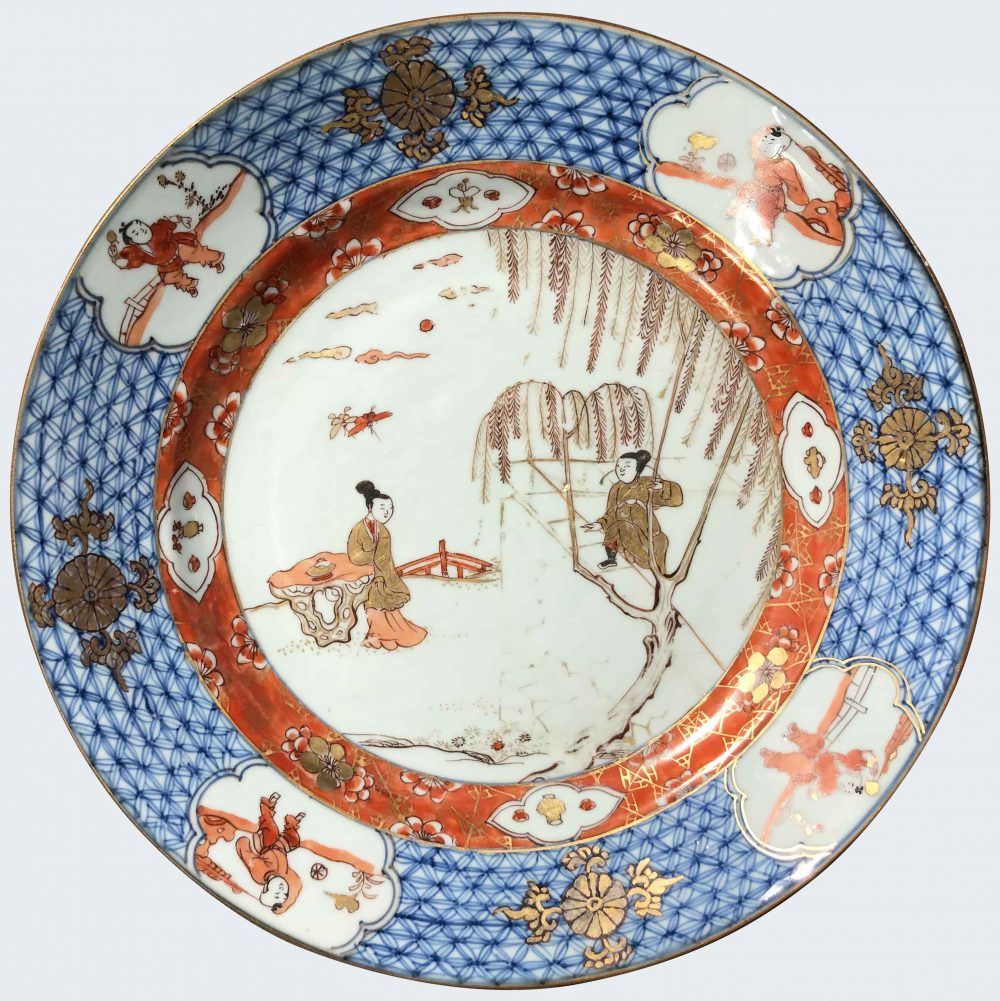 A pair of large Chinese imari dishes depicting a scene from The Romance of the Western Chamber. Yongzheng period.

Decorated in the traditional imari palette, with a scene from Act III of The Romance of the Western Chamber (Xi Xiang Ji) by the Yuan Dynasty playwright Wang Shifu (c.1260-1336), with Cui Yingying awaiting the arrival of Zhang Sheng. On the rim, a blue treillis and four reserves with Chinese boys.

This pattern looks a bit unusual. Chinese Export Porcelain pieces depicting The Romance of the Western Chamber are more common in the famille rose and famille verte palette.

For a large dish of the same period with a very similar border, see Howard, The Choice of the Private Trader, The Private Market in Chinese Export Porcelain illustrated from the Hodroff Collection, 1994, p. 57, no. 30.

This scene shows Zhang climbing over a wall onto a terrace where Yingqing is waiting, and the couple meet for a secret tryst. The scene depicted is most likely from the play The West Chamber, where the scholar Zhang climbs over the garden wall to see Cui Yingying (the lady seated at the table).