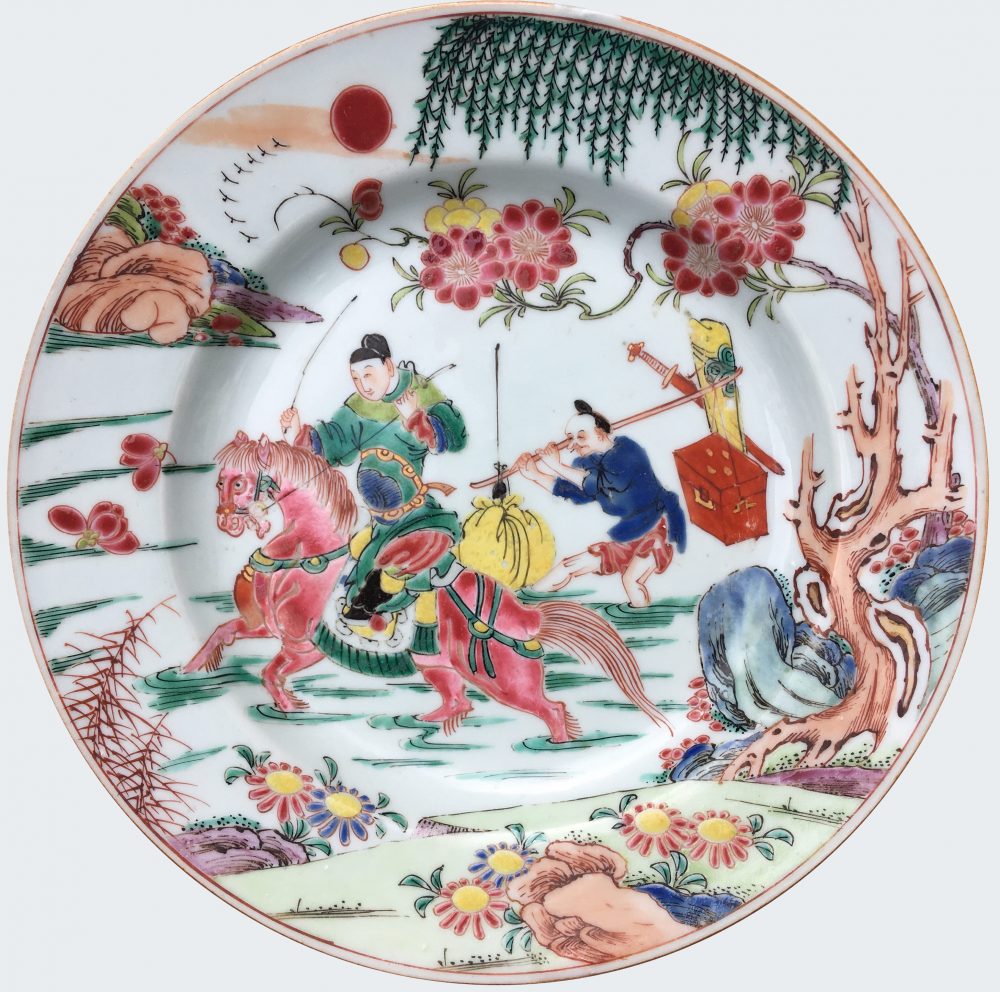 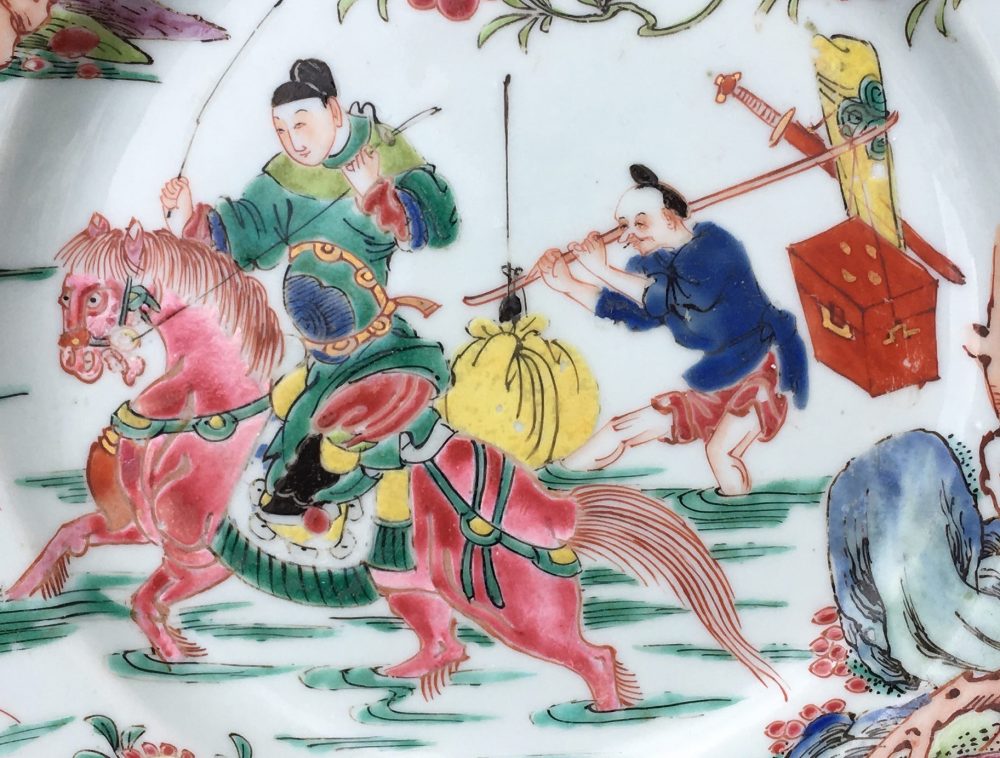 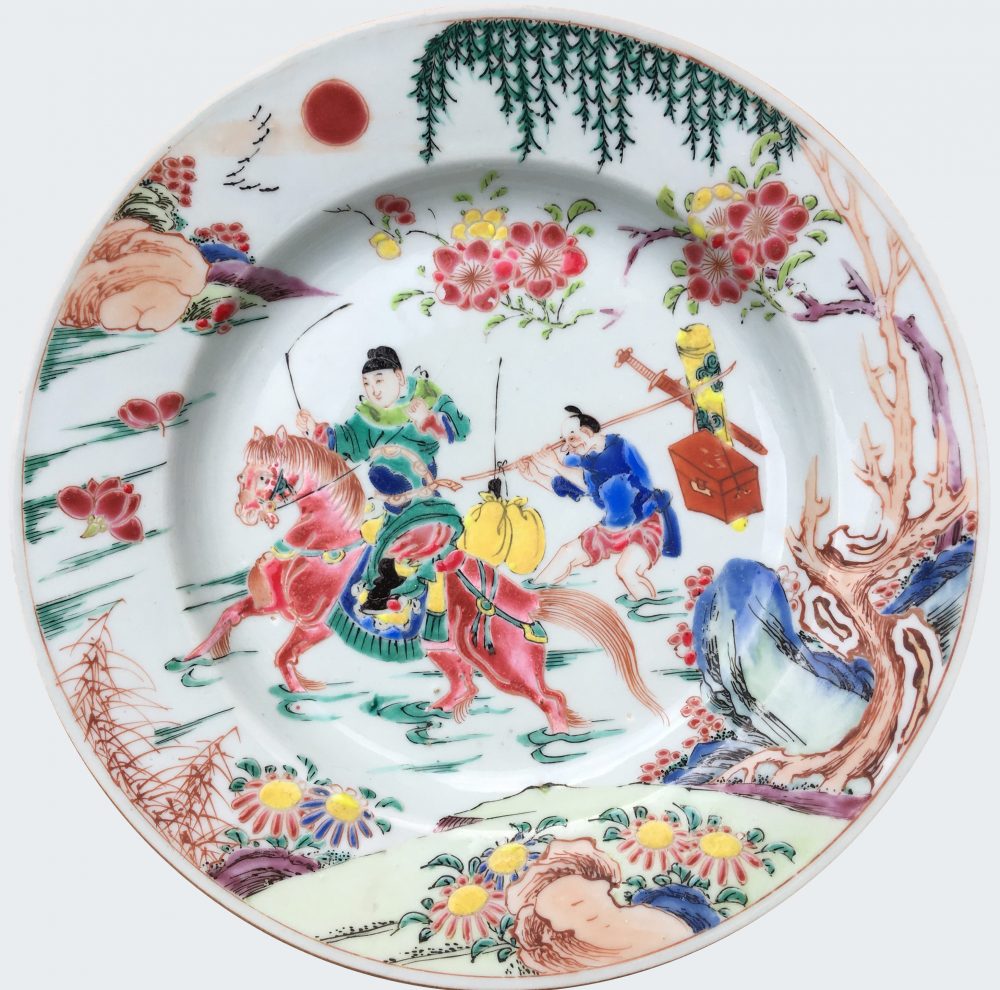 Decorated in famille rose enamels including yellow, the scene runs to the border and is entirely without European influence. A Chinese man on his horse fording a river while his heavily laden servant wades behind him. The enamels are particularly rich.

This plate is currently held on at the Minneapolis Institute of Art (USA, Minnesota, access number 95.98.61) 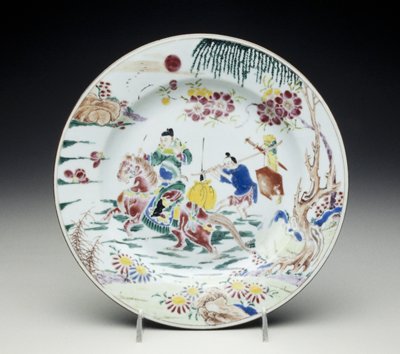 Howard interpreted this scene of Chinese life as an official on his horse fording a river while his heavily laden servant wades behind him, and traveling for business purposes.

However, we are inclined to acknowledge this scene as an episode of the Romance of the Western Chamber (Xixiang ji) which shows the departure of Zhang Cheng for the monastery where he met Yingying. Indeed, the representation of his attendant carrying a sword and a scroll doesn’t match with his status of Chinese merchant.