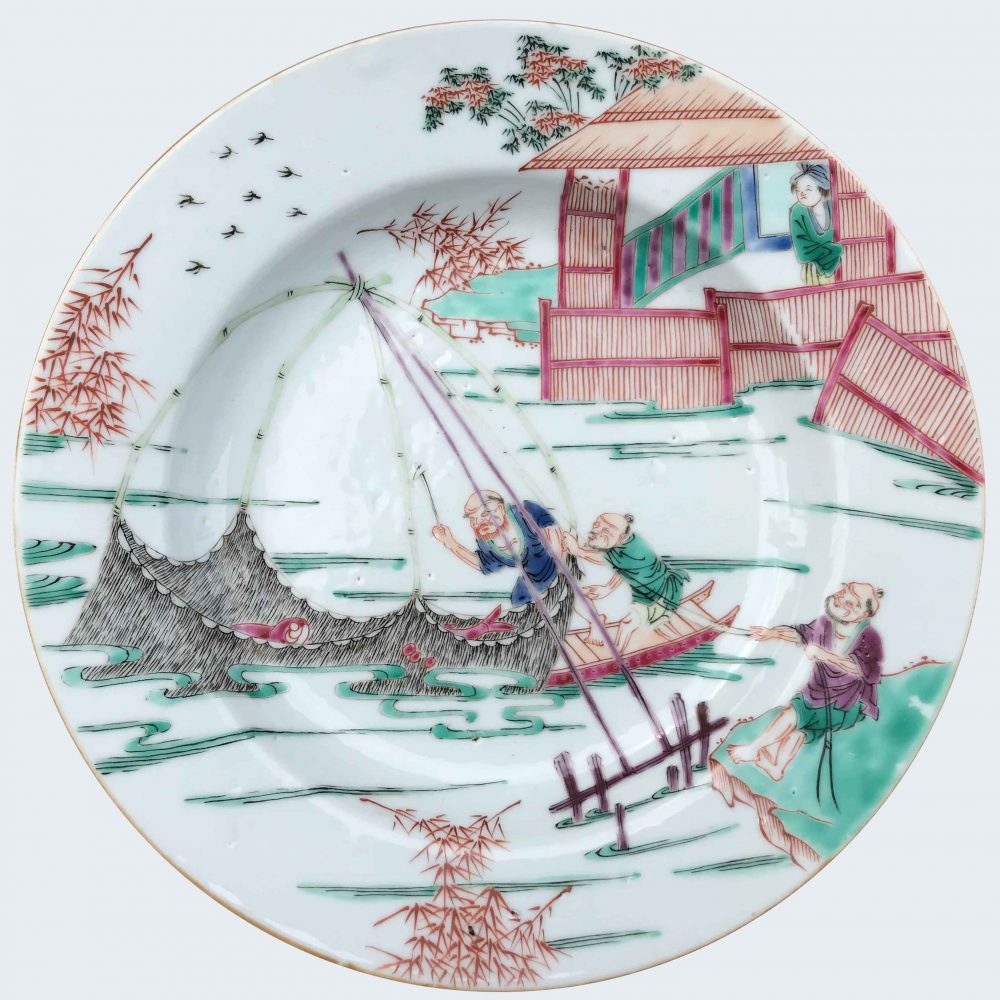 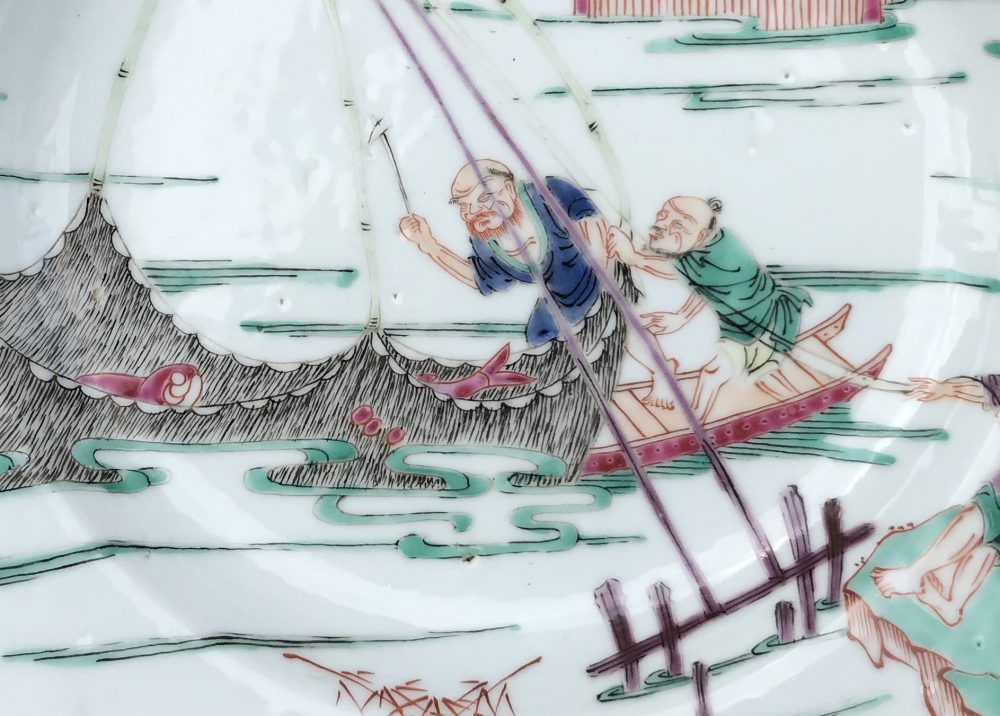 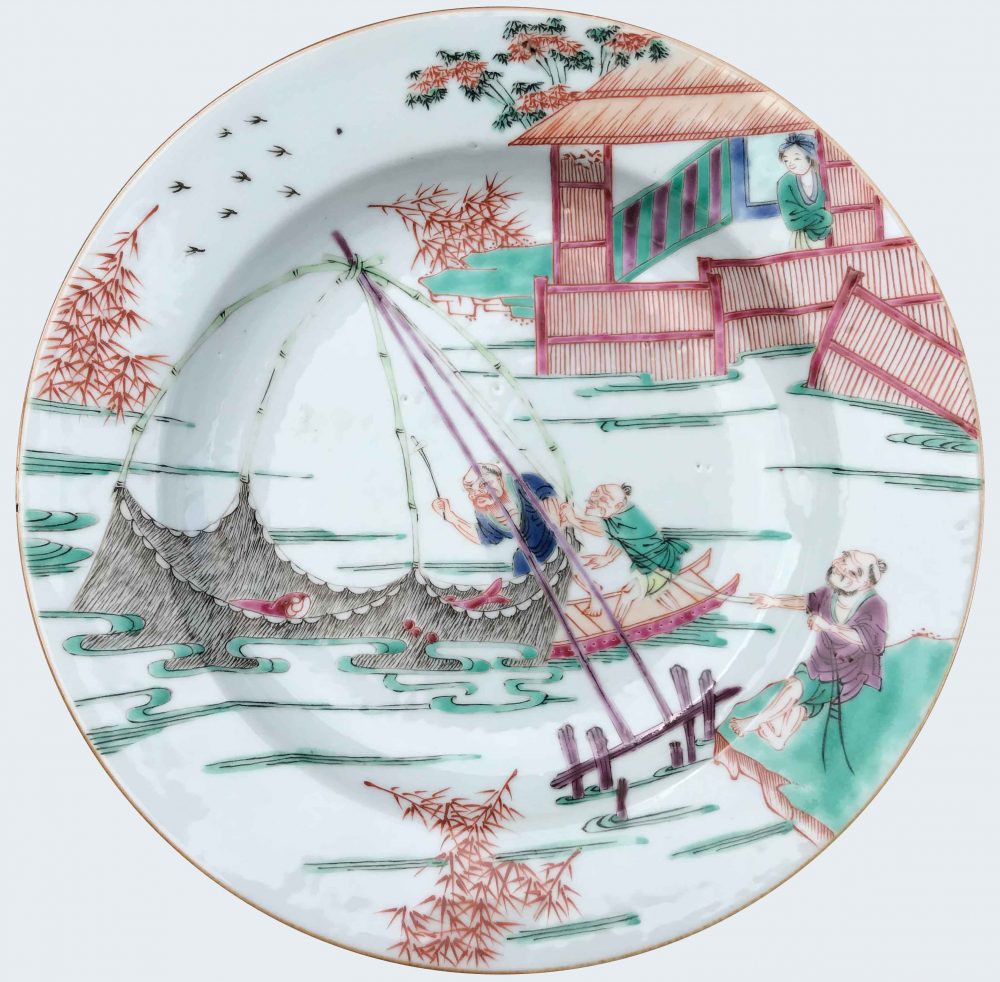 Painted in the famille rose palette, and decorated with fishermen working in an estuary without any European influence, the scene running on the border.

A very similar plate is illustrated by David S. Howard in The Choice of the Private Trader, The Private Market in Chinese Export Porcelain, illustrated from the Hodroff, 1994, p. 70, no. 49.

This illustrates Chinese life in a way that would have been familiar to merchants residing part of the year in Canton and Macao. The Chinese houses by the shore are still a familiar sight to travelers. This may have been another of the designs from which merchants chose. Howard states that “the comparative scarcity of such pieces does not indicate a large consignments in the period immediately before the Dutch initiative with Cornelis Pronk”.