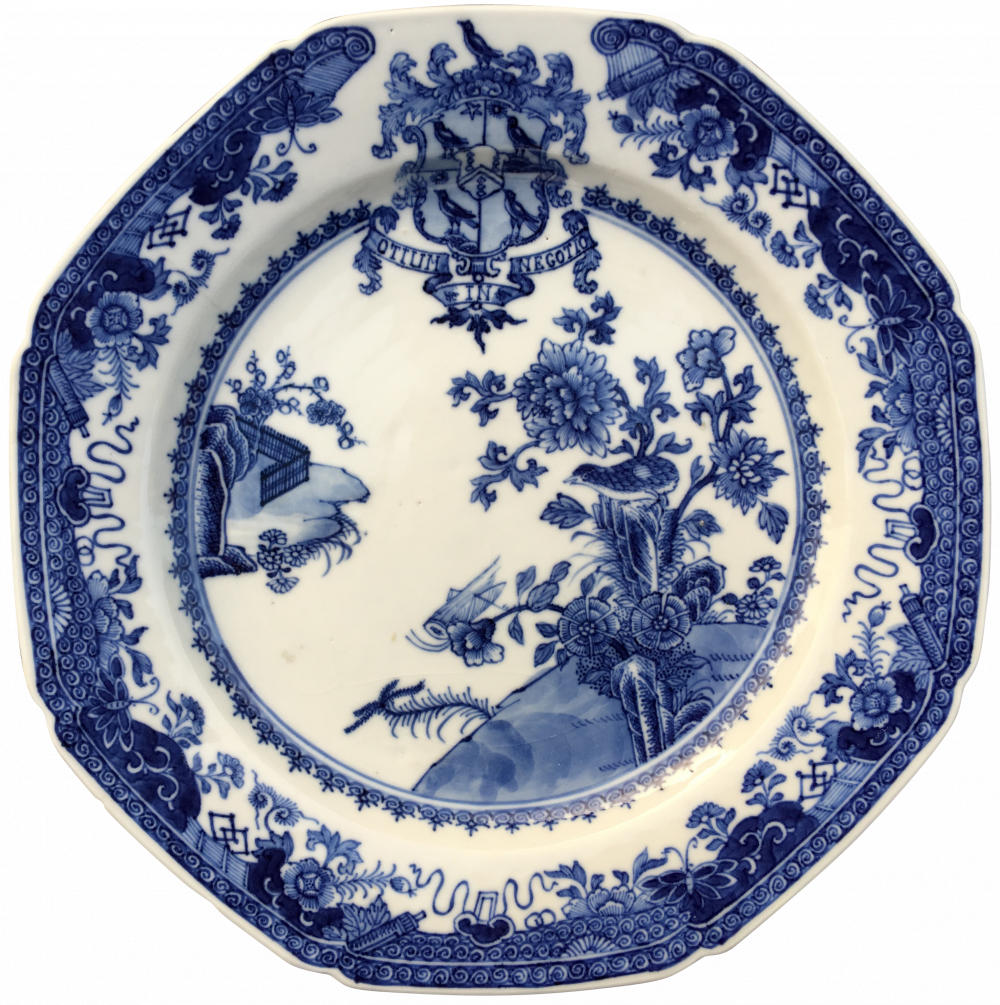 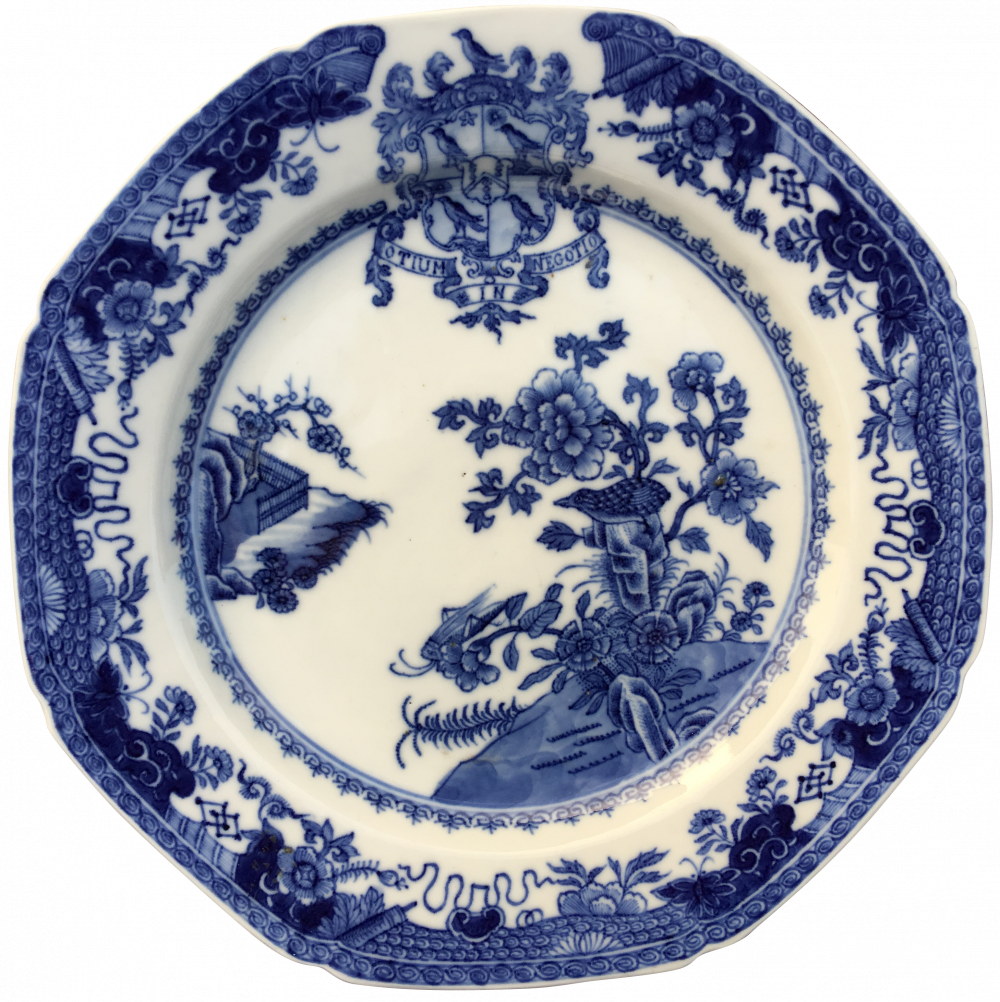 A pair of octagonal plates, painted in underglaze blue, with a central scene depicting a quail and a grasshopper perched on a flowering branch of chrysanthemum. The rim is decorated with flowers. The arms are of Laroche, Quarterly first and fourth a raven proper, second and third an eagle close looking at the sun in its glory in the dexter chief point, a mullet for difference. The coat in presence is of Yeomans, Sable a chevron between three cronels of spears argent ; the crest, Laroche, A raven proper, and motto « Otium in negatio ».

A plate from this service, preserved at the British Museum (registration number : Franks.757.+), is illustrated by David Sanctuary Howard in Chinese Armorial Porcelain (T. I, R3, p. 587).

This service was made for James Laroche, who married in 1764 Elizabeth-Rachel-Anne, daughter and heir of William Yeomans of Antigua. The arms are copied from a service made about a decade earlier and this service was made before he received his baronetcy in 1776.