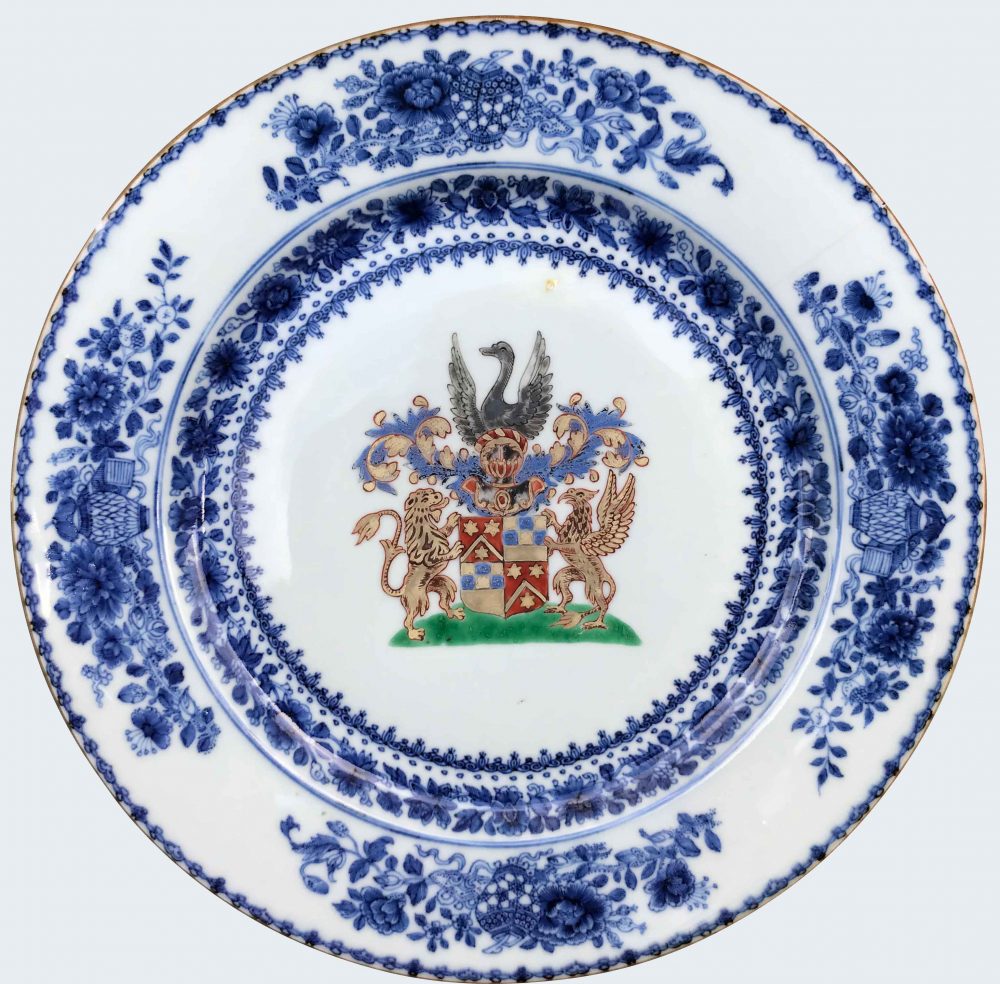 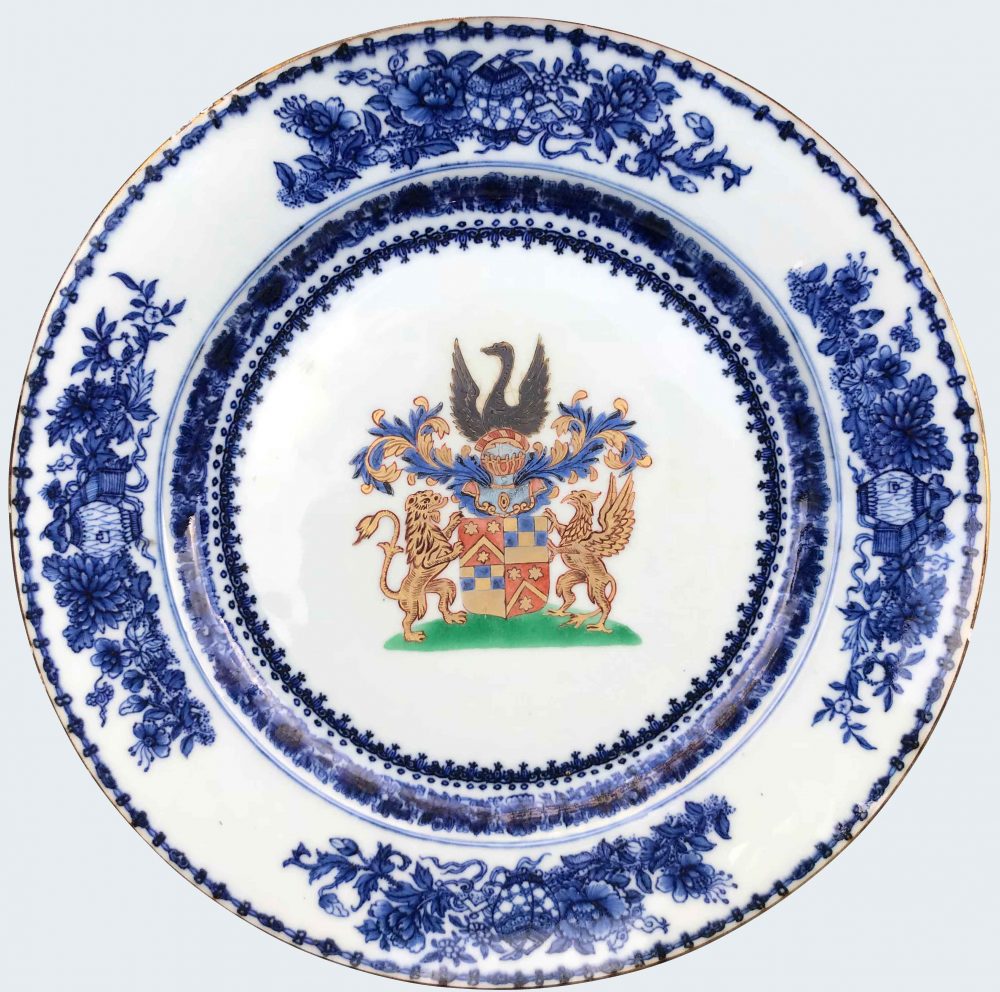 Painted in the centre with the dutch arms of de Jonge (or de Jongh), heightened in blue and green enamel, iron-red, gilt and silver encircled in the cavetto by an underglaze-blue floral, bead and scroll band, the rim with four precious objects and flower sprays encircled by a chain linked border, the underside with underglaze-blue butterflies and flower sprays after a design by Cornelis Pronk (1691-1759).

A plate from this service, from the collection of François Hervouët (16 boulevard Guist’hau, Nantes), was sold at Sotheby’s Monaco, 22 june 1987, lot 738 and is held on at the Musée de la Compagnie des Indes in Lorient (Inv. ML351 C229), published in Cargaison de Chine (no. 130, p. 159), another plate is held on at the Musée Dubouché in Limoges.

These are the arms of de Jonge (or de Jongh/Yonge), from Middelbourg in Zelande, and come from a large dinner service. This city was, with Amsterdam, Rotterdam, Delft, Hoor and Enkhuisen, the head office of one of the six houses who formed, by their union, the powerful V.O.C. The arms have also been attributed to Chastelein but Jochem Kroes corrects this (Chinese armorial Porcelain for Dutch Market, 2007). The service was made for Cornelis de Yonge (1687-1743) of Middelburg, son of Pieter de Jonge (1644-1709) and Johanna Stevense. His godmother was Henriette Chastelein who bore similar arms. The families were close which explains the confusion.  Cornelis was a VOC official in Bengal. He sailed east in 1710 in the Schonewal and settled in Bengal where he eventually rose to be senior merchant and first administrator in 1732. He was appointed director of Bengal in August 1743 succeeding Jan Albert Sichterman (who also ordered a service with identical border design to this one). He never married but had three children by two different women who were legitimized in Zeeland in 1744. His son Cornelis was a lawyer in Middelburg and his other son Christiaan was a doctor in Schoonhoven.