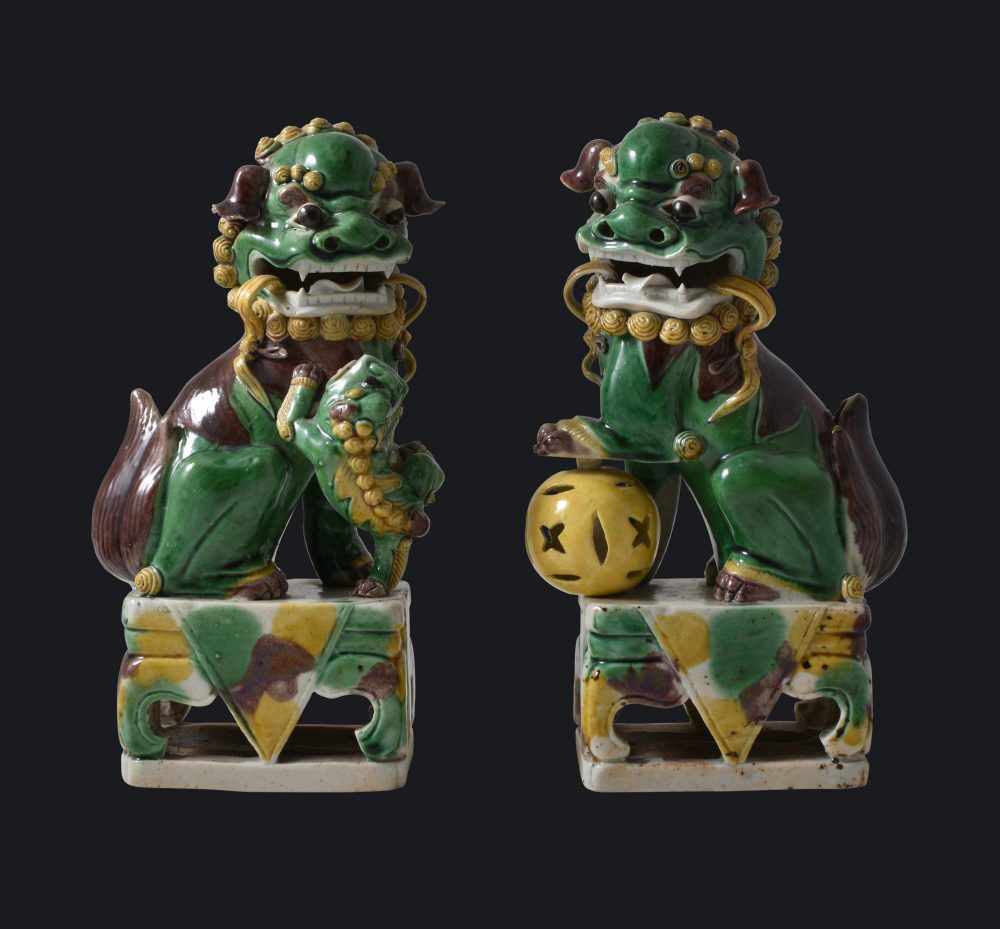 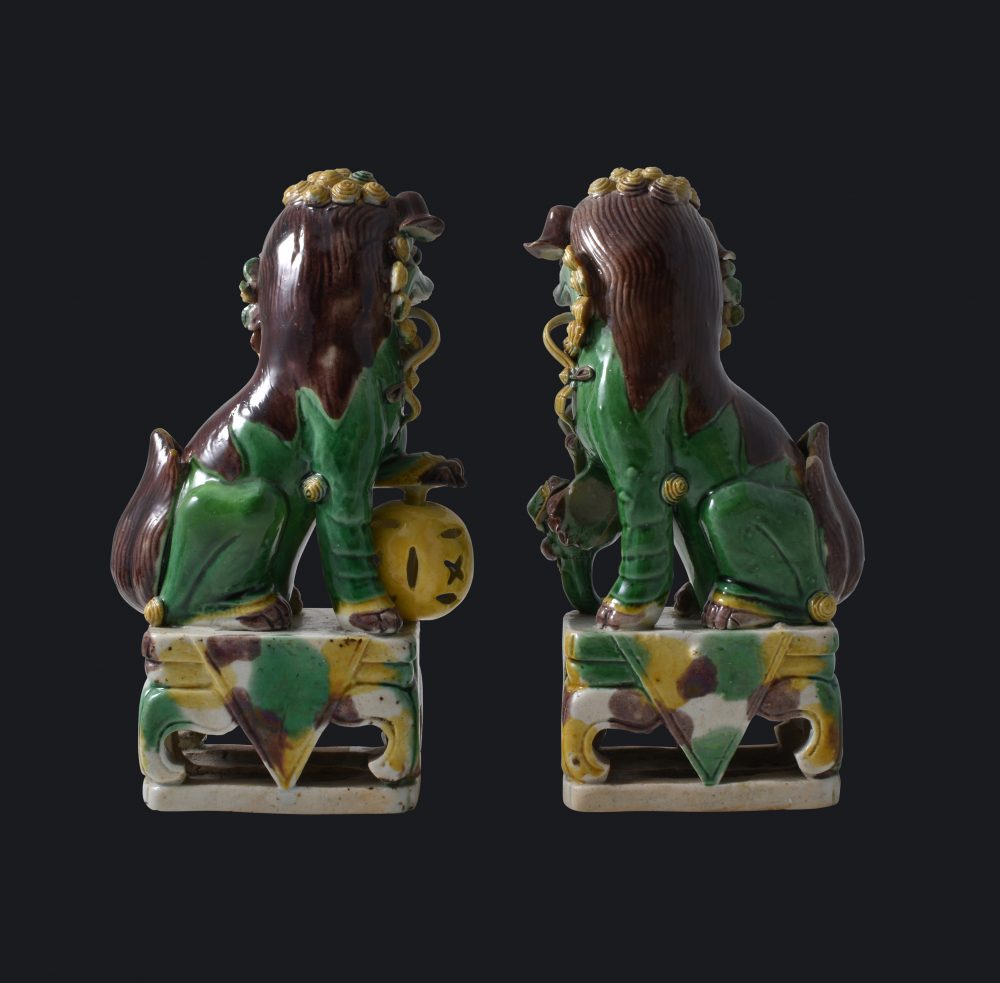 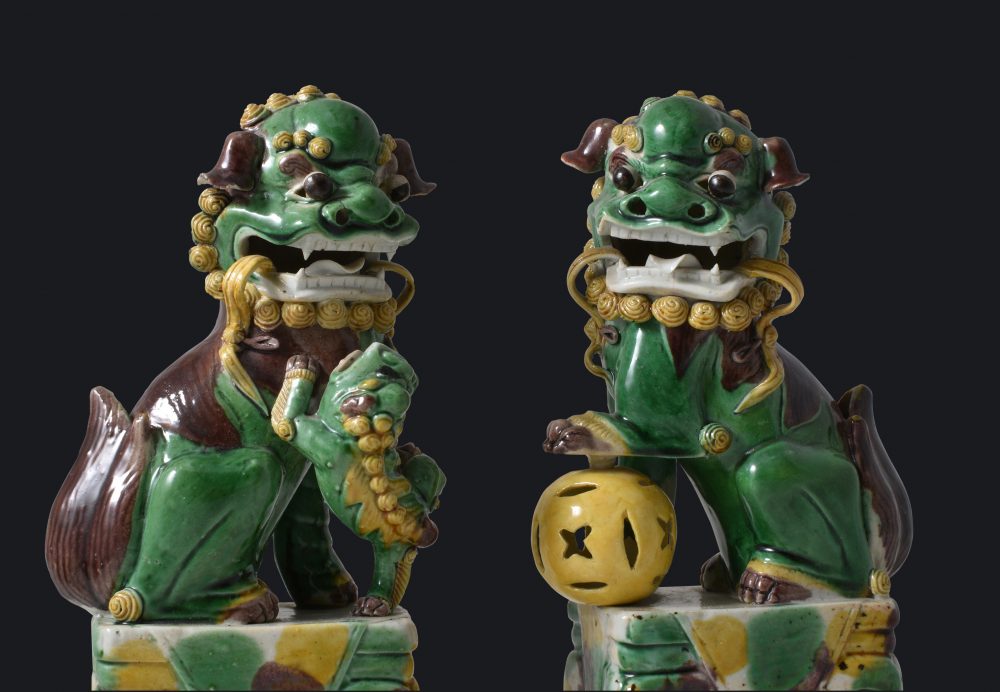 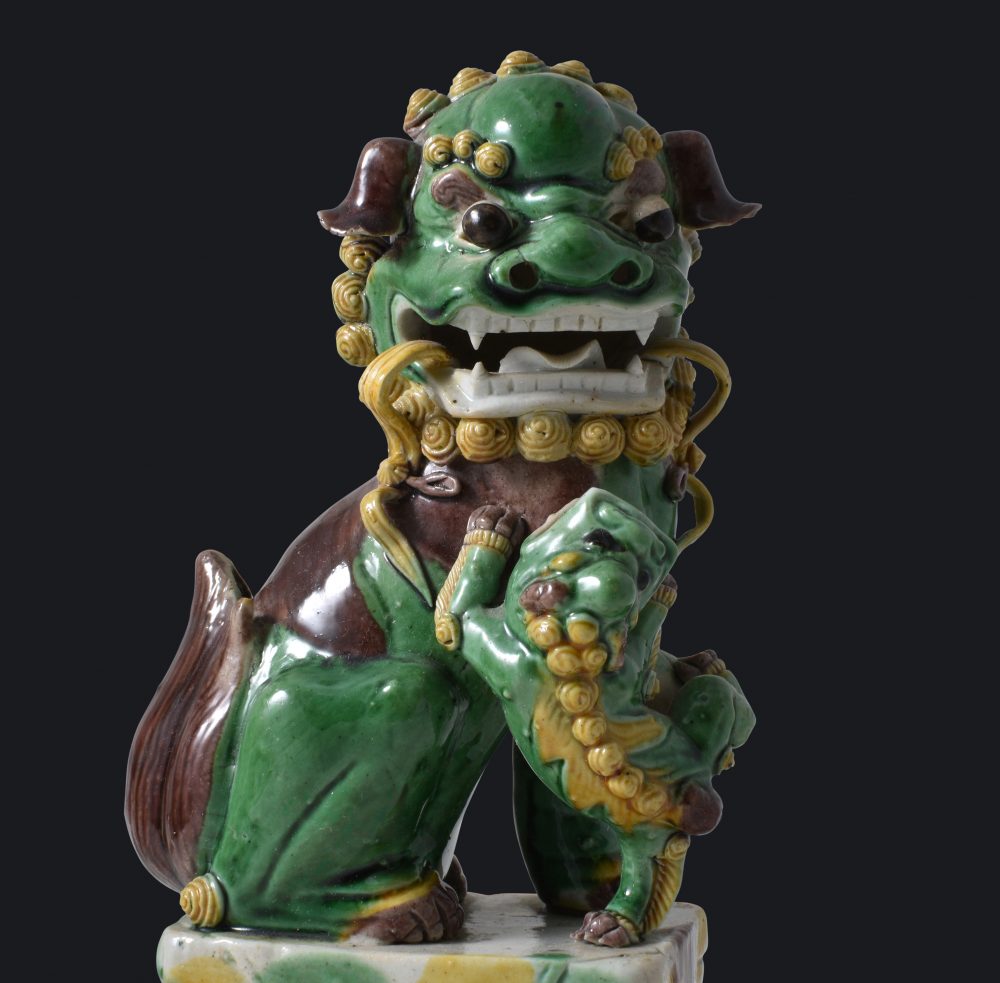 A pair of Chinese buddhist lions decorated with famille verte enamels on the biscuit. Kangxi period

Decorated in famille verte enamels on the biscuit and seated on pierced rectangular bases, facing left and right, the femal with a cub at its feet, the male with a brocade ball.

Originally made for the domestic market in various size and glazes, Buddhistic lions became popular in Europe in the eighteenth century.

The lion is not indigenous to China, it was introduced throughout Indian Buddhism and became a classic theme in Chinese art. From the Ming dynasty, Buddhistic lions, often called Dogs of Fô or Dogs of Buddha, appear in Chinese art and are also used as “guards” of Buddhist temples. Buddhistic lions reached their zenith of popularity early on in the Kangxi period (1662-1722) as the interest in Buddhism showed a marked increase in China.

The Plentitude of these animated beasts at the time denoted their integral role in Chinese iconography. Symbolically the lions connote bravery and loyalty; these mythical creatures also appeared on military badges of the first and second rank.