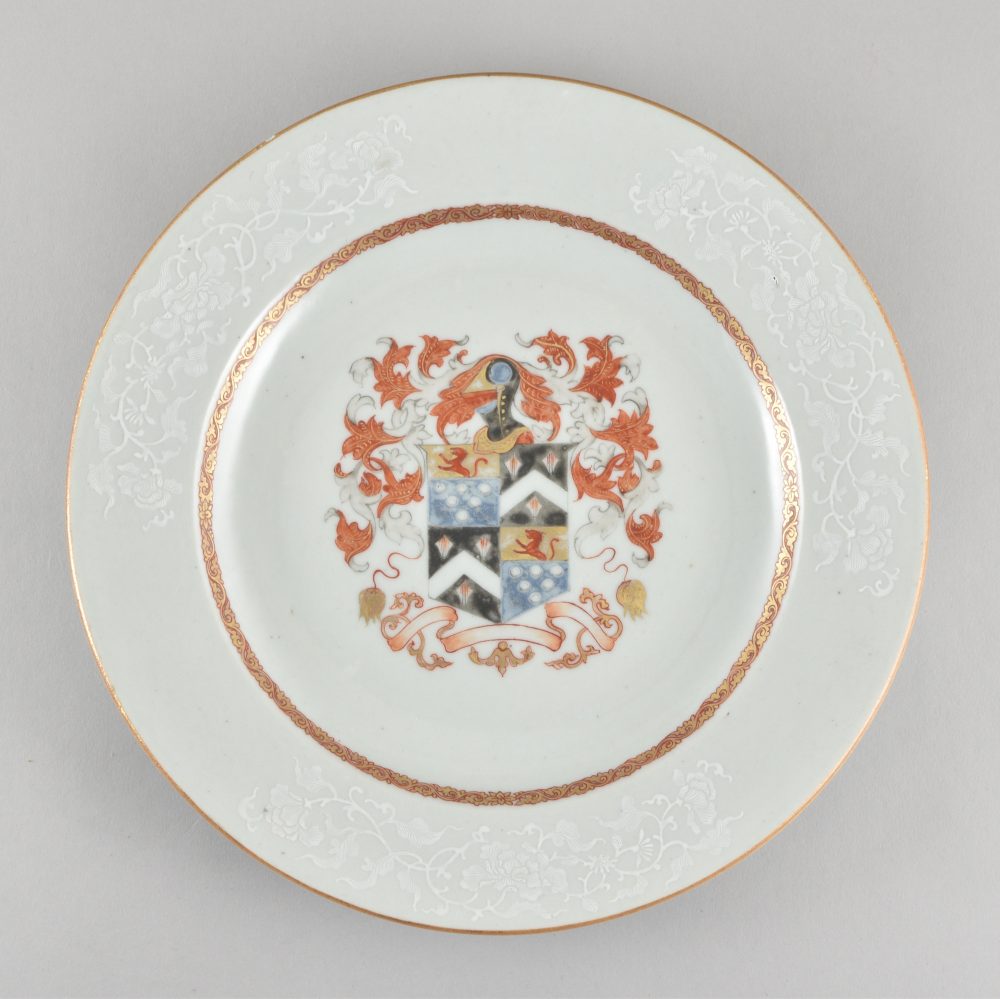 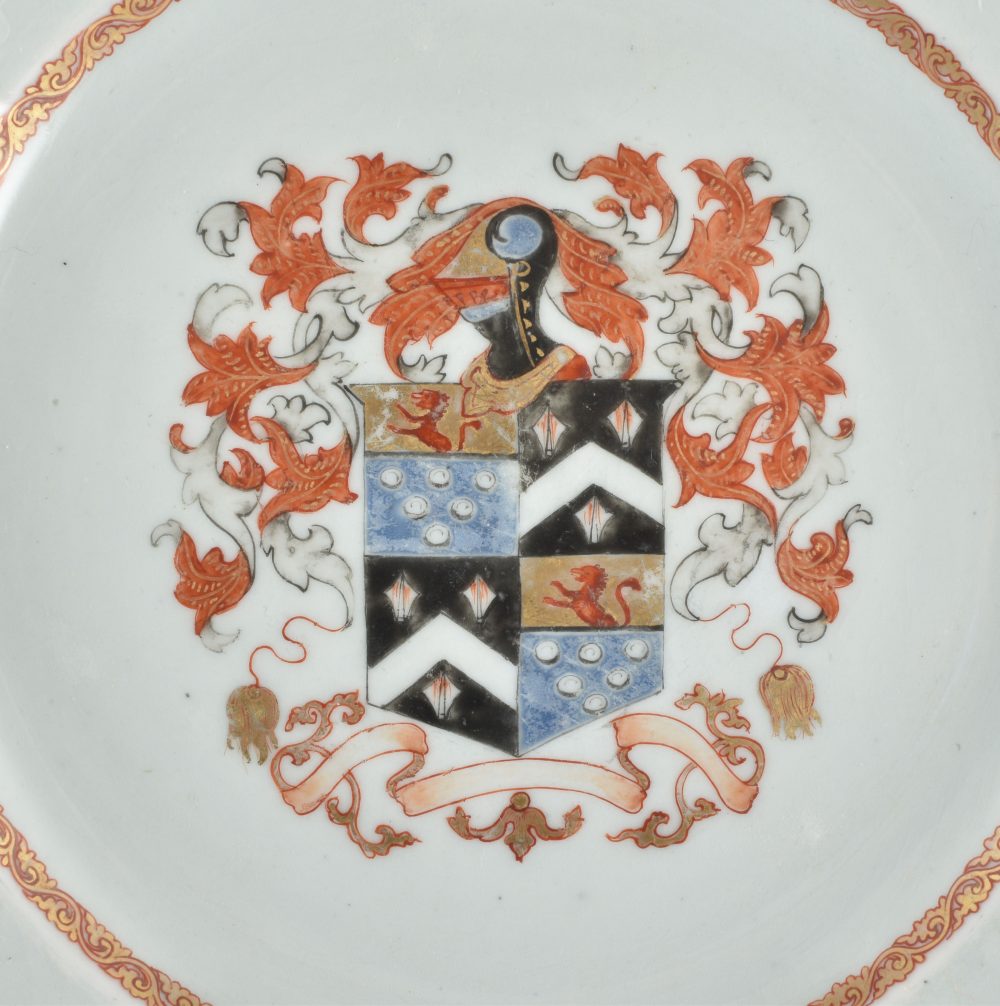 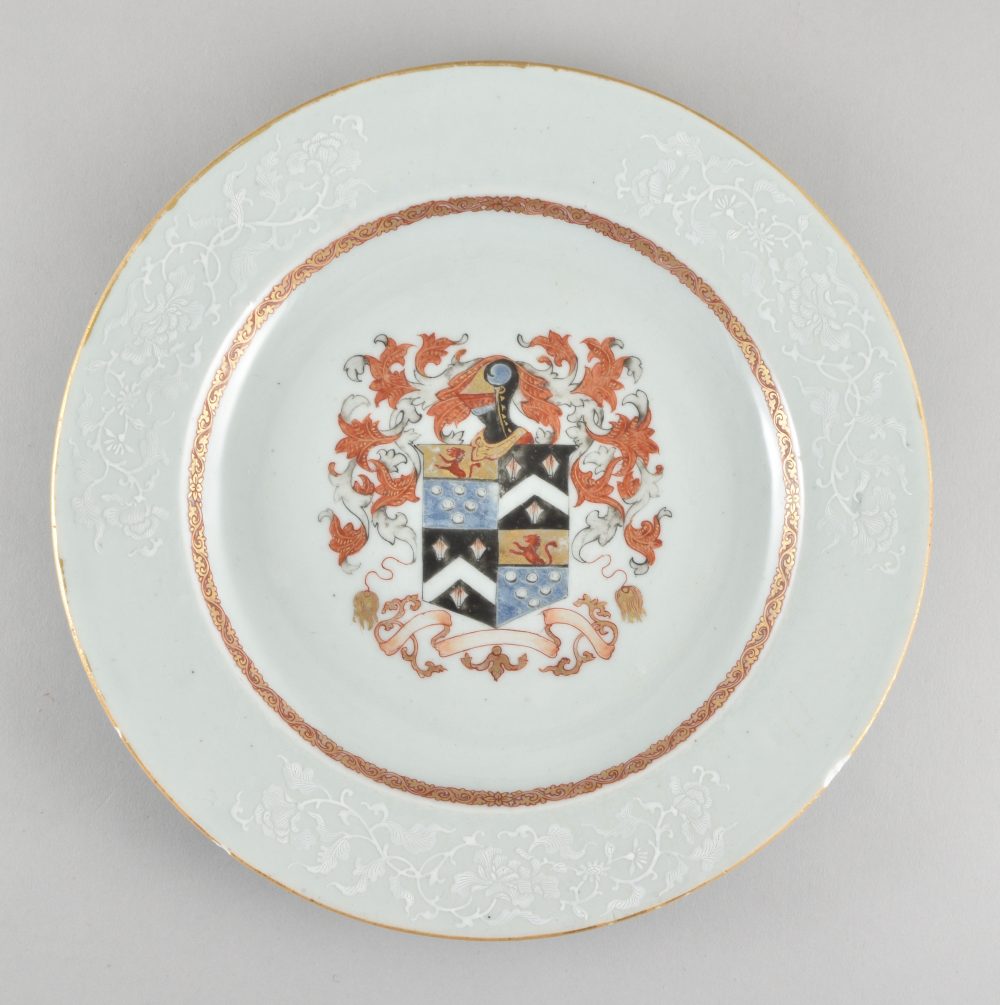 A pair of Chinese armorial plates for the English (Seys of Monmouth). Qianlong period

The quarterly arms are of Seys of Monmouth, Azure six plates on a chief or a demi lion rampant gules, quartering Says of Glamorgan, Sable a chevron between three spears heads embrued gules.

The Sens family have been prominent on the Welsh Marches since the Conquest, and a family legend has it that Aeneas Says stood hostage for the county of Glamorgan and was sent to William the Conqueror. The arms were borne by the Sens of Boverton in Monmouthshire and Swansea and William in Glamorganshire. These arms were also born bu Evan Says of Boverton Castle, M.P. for Gloucester in 1680, and earlier by Roger Says of Boverton, Attorney-General for Wales to Queen Elizabeth.

This service was probably made for James Says of Penrose in Monmouth  who married Catherine, daughter of Richard  Meredith of Aberystwyth and died in 1777. The service was formerly in the Whitemore family of Orsett Hall, Essex.