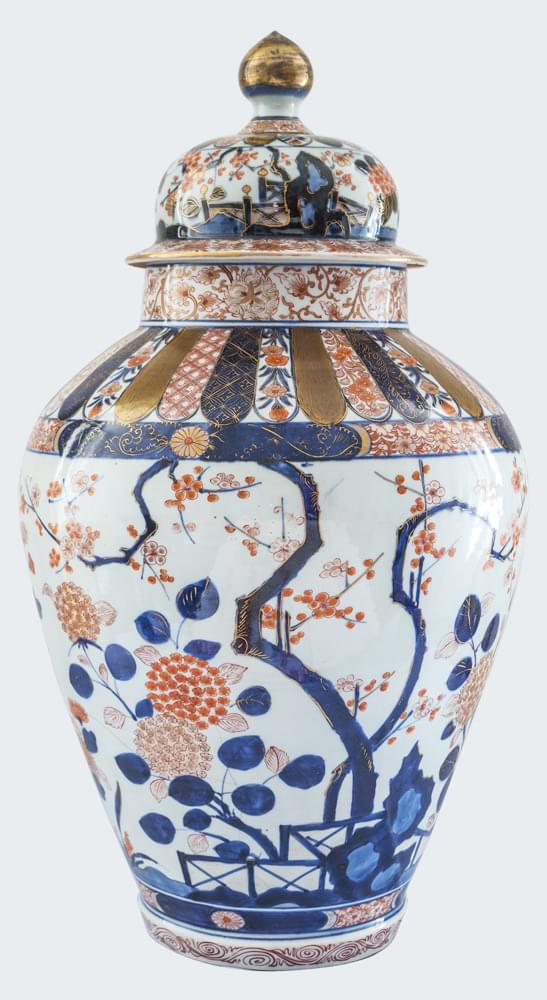 Oviform vase with short cylindrical neck, decorated in iron red and gilt on underglaze blue, with broad band of plum, chrysanthemum and hydrangea issuing from rockwork, the shoulder with a band of chrysanthemum petals with various geometrical and floral designs, the neck with karakusa, the domed cover similarly decorated, the finial modeled as sacred pearl.

Private collection from the south of France