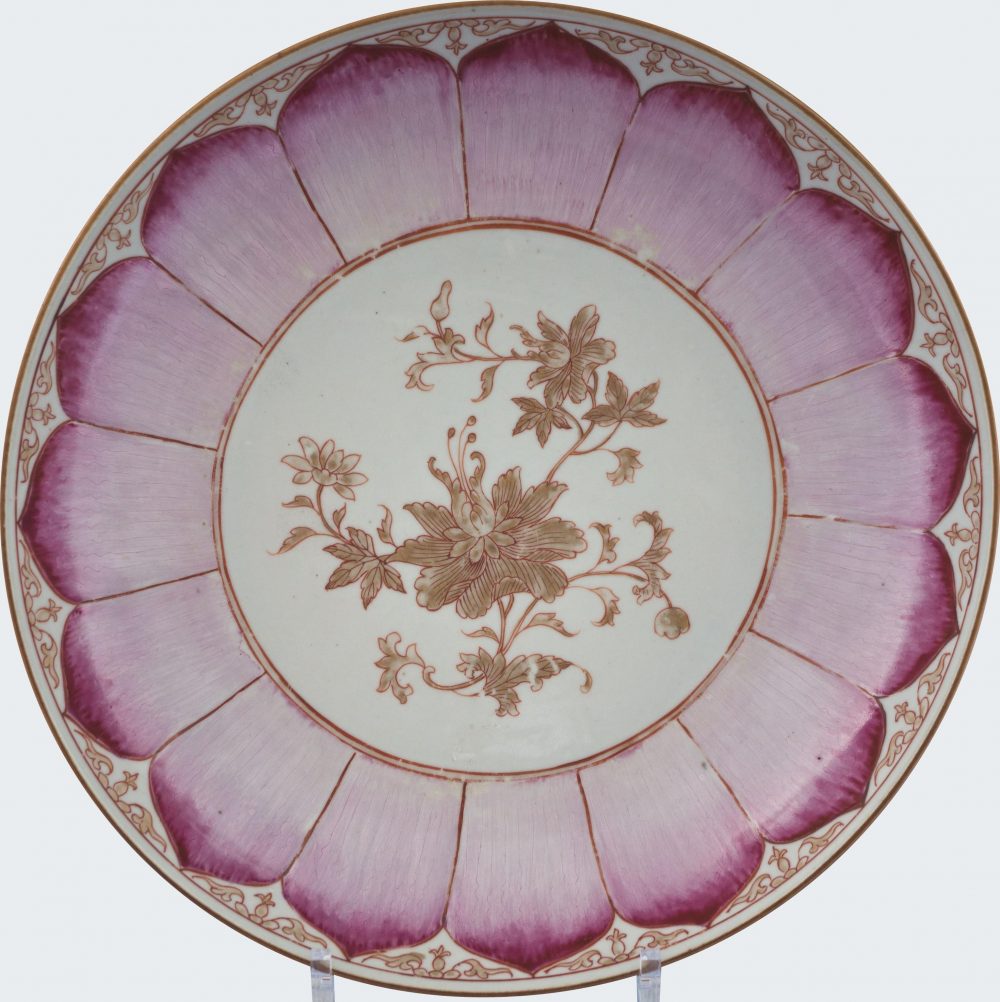 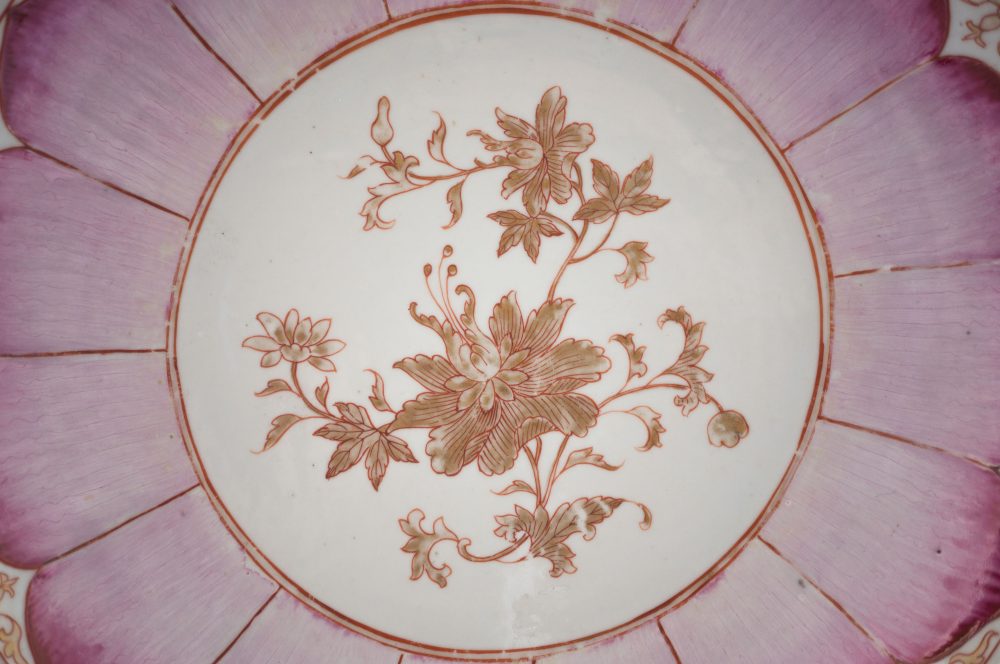 Decorated famille rose enamels, with ruby-pink and gold, with narrow band and stylized leaf springs at the rim, hibiscus spray within a central roundel encircled by radiating lotus petals.

A teapot is illustrated in The Choice of the Private Trader, The Private Market in Chinese Export Porcelain illustrated from the Hodroff Collection (David S. Howard, 1994, p. 151, no. 163).

A cream jug, a teabowl, one cup and saucer and one teapot with this design are illustrated in Collectiong Chinese Export Porcelain by Elinor Gordon (1984, p. 50, pl. VII).

Another model in Chinese Export Porcelain from the Ethel (Mrs. Julius) Liebman and Arthur L. Liebman Porcelain Collection by Catherine Brawer (1992, no. 119).

A model in China-Trade Porcelain : an Account of its Historical background, Manufacture, and Decoration and a Study of the Helena Woolworth McCann Collection (John Phillips, 1956, pl. 78).

Chocolate and tea services are held on at Melford Hall in Suffolk, captured by the Captain Hyde Parker from the spanish treasure ship Santissima Trinidad off Manila in October 1762.

Two bowls are held on at the Dolmabahçe Palace in Istanbul.

A symbol for purity in Chinese culture, the lotus flower was a popular feature on export ware by the middle of the eighteenth century. Known in several variations, lotus-petal designs sometimes reflect a Near Eastern influence with the addition of intricate scrollwork.

Note on this particularly fine dish the graduated shading on the lotus petals from the pale pink to the ruby-red.