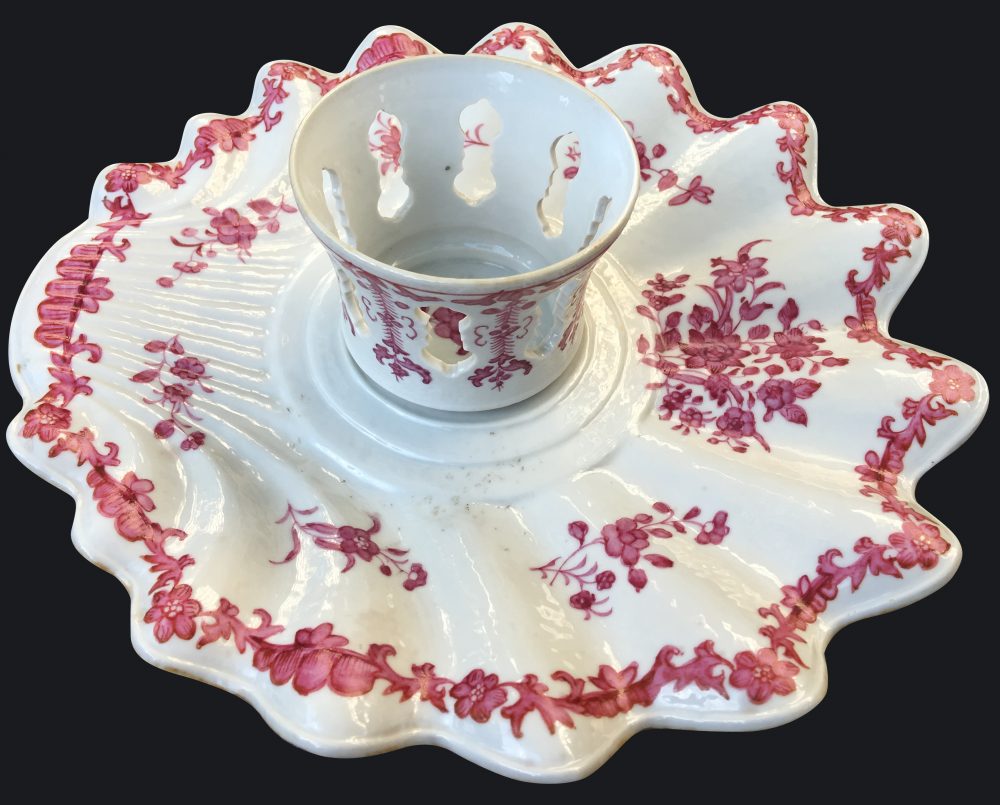 A mancerina of this form, but with a different decoration and with the coat of arms of Juan Castillo Negrete y Rodriguez, from the Museu Nacional de Arte Antiga (Lisboa) is illustrated by Rocio Diaz in Chinese Armorial for Spain (p. 270, no. 38, Jorge Welsh Books, London and Lisbon, November, 2010).

After a silvered model, probably made for the Spanish market. A mancerina is special piece for the chocolate service. It was invented by a Spanish grandee, in Mexico, in the seventeenth century and was named after the man who had invented it, Pedro de Toledo, 1st Marquis of Mancera, who served as Viceroy of Peru from 1639 to 1648. Known in France as “tasse trembleuse” and “Chocolate stand” in England, some were ordered from China but remain more easy to find in Southern Europe. 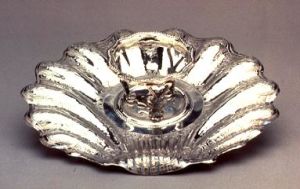