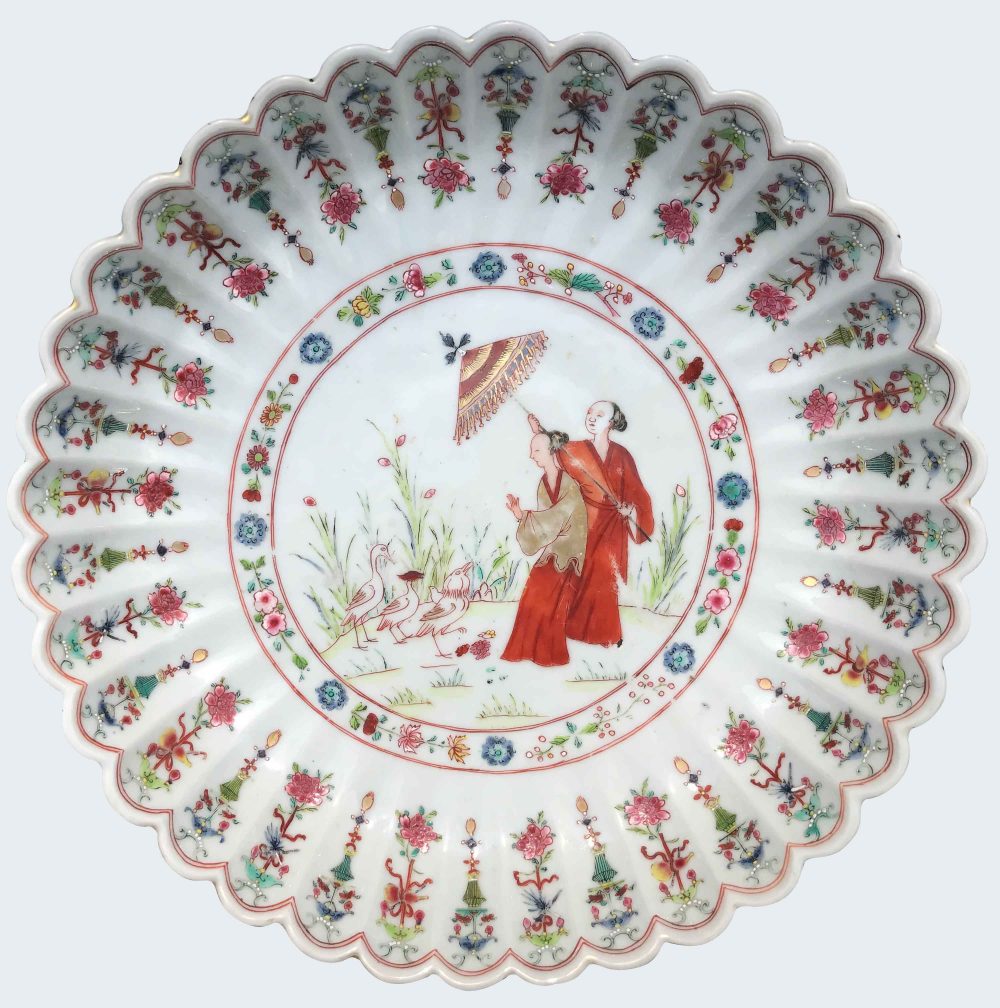 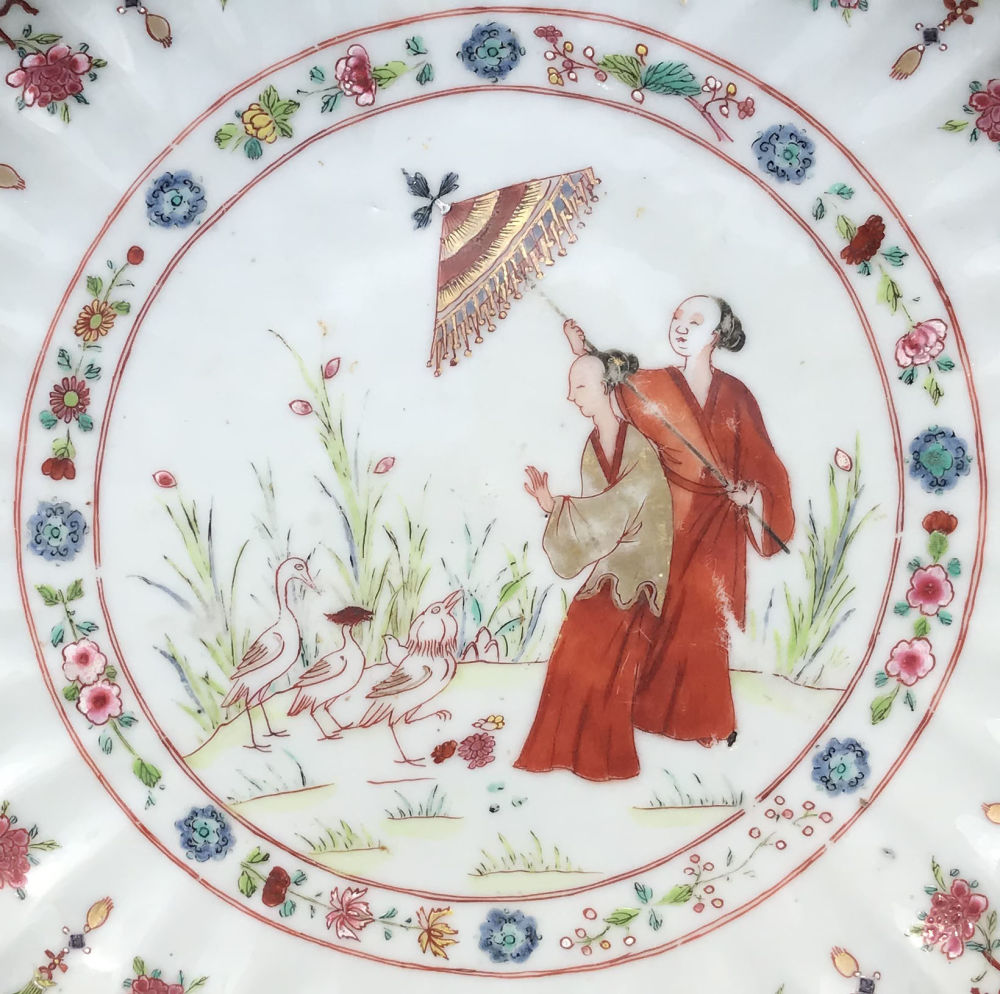 Decorated in the famille rose palette, with scalloped rim, painted with the famous scene of a lady standing before waterbirds as her attendant shades her with a parasol, the fluted border with pendant swags of ribbon-tied objects and peony.

From a private continentale collection

An identical dish, from the collection of R. de A. is published by Jorge Welsh & Maria Antonia Pinto de Matos in The RA Collection of Chinese Ceramics, A Collector’s Vision (TII, p. 174, no. 289).

This decoration is after a design by Cornelis Pronk (1691-1759) that was commissioned by the Delft chamber of the Dutch East India Company. Known as “La Dame au Parasol” (the “Parasol Lady”), the original watercolor for the design was completed in 1734, and copies were sent to China by way of Batavia in 1735. Two years later, services in underglaze blue, “Chinese Imari”, and famille rose arrived in Amsterdam. This rare form may have been from the second order of the Parasol or a private separate order.