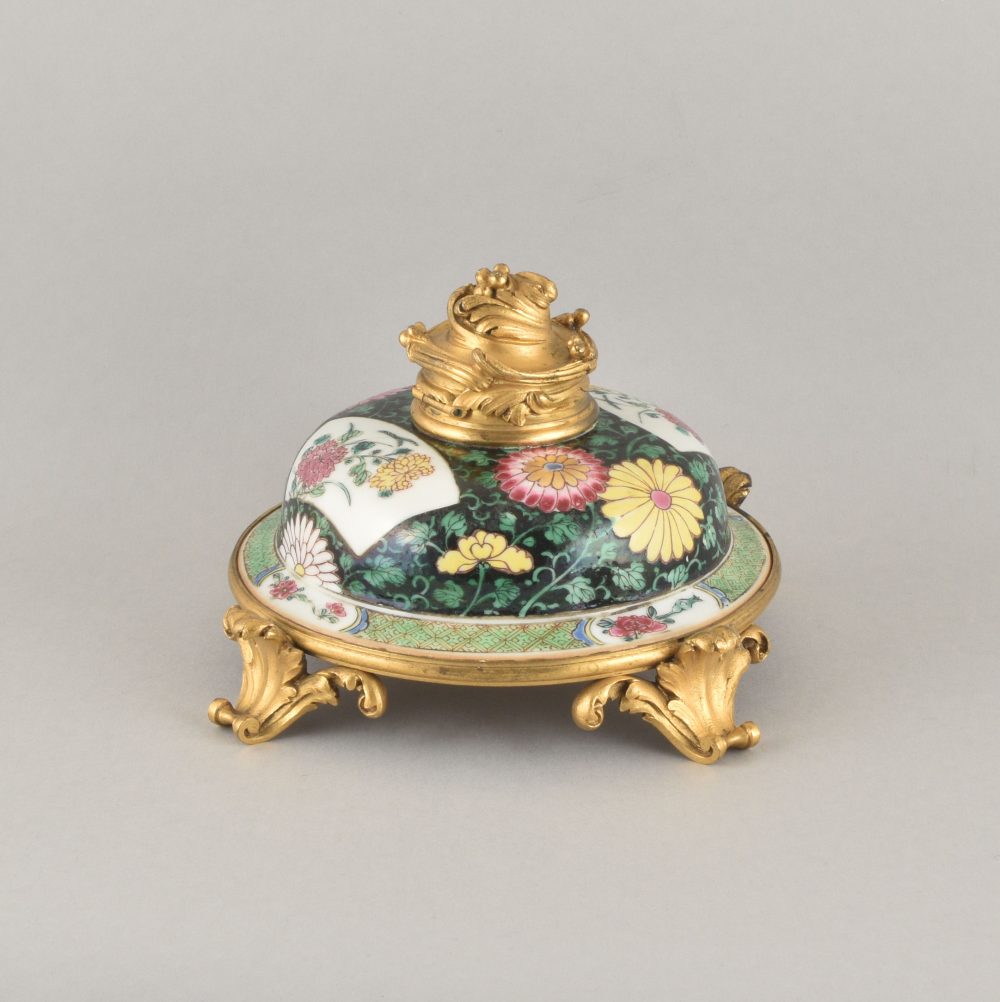 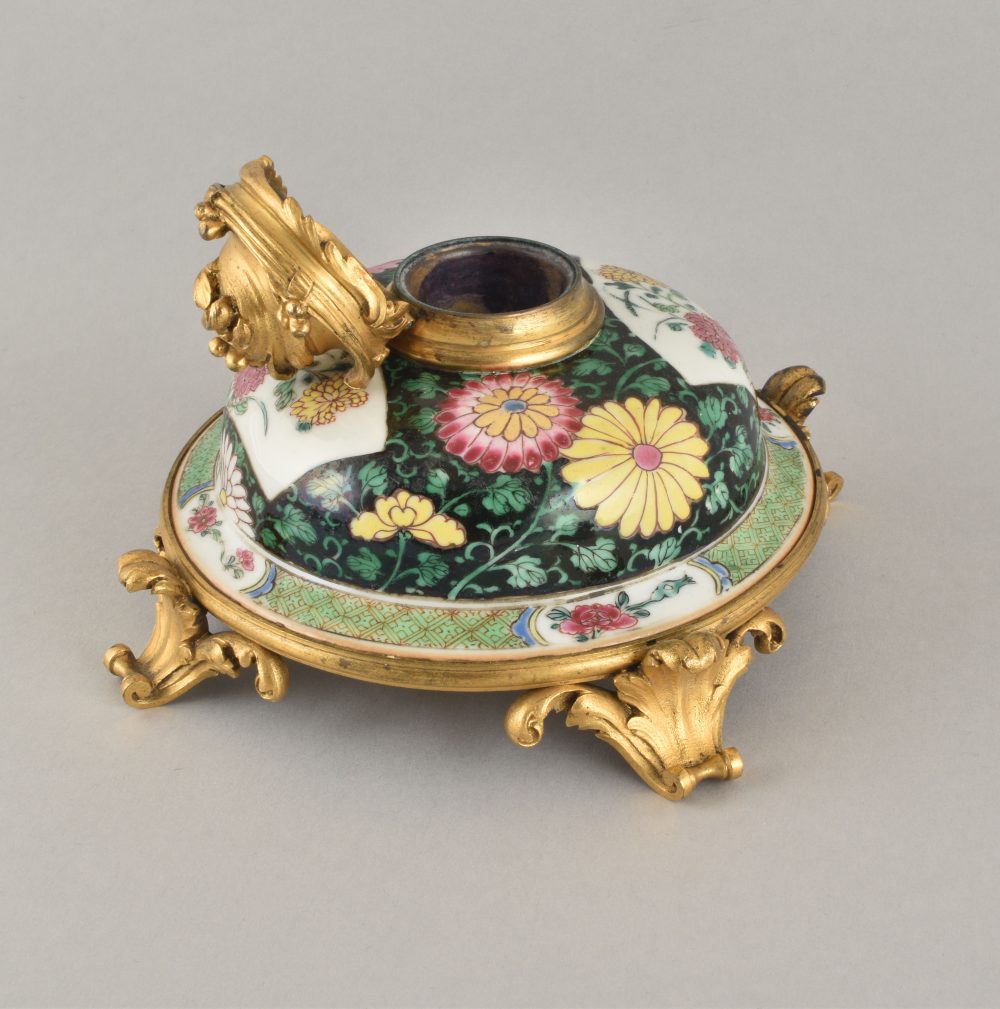 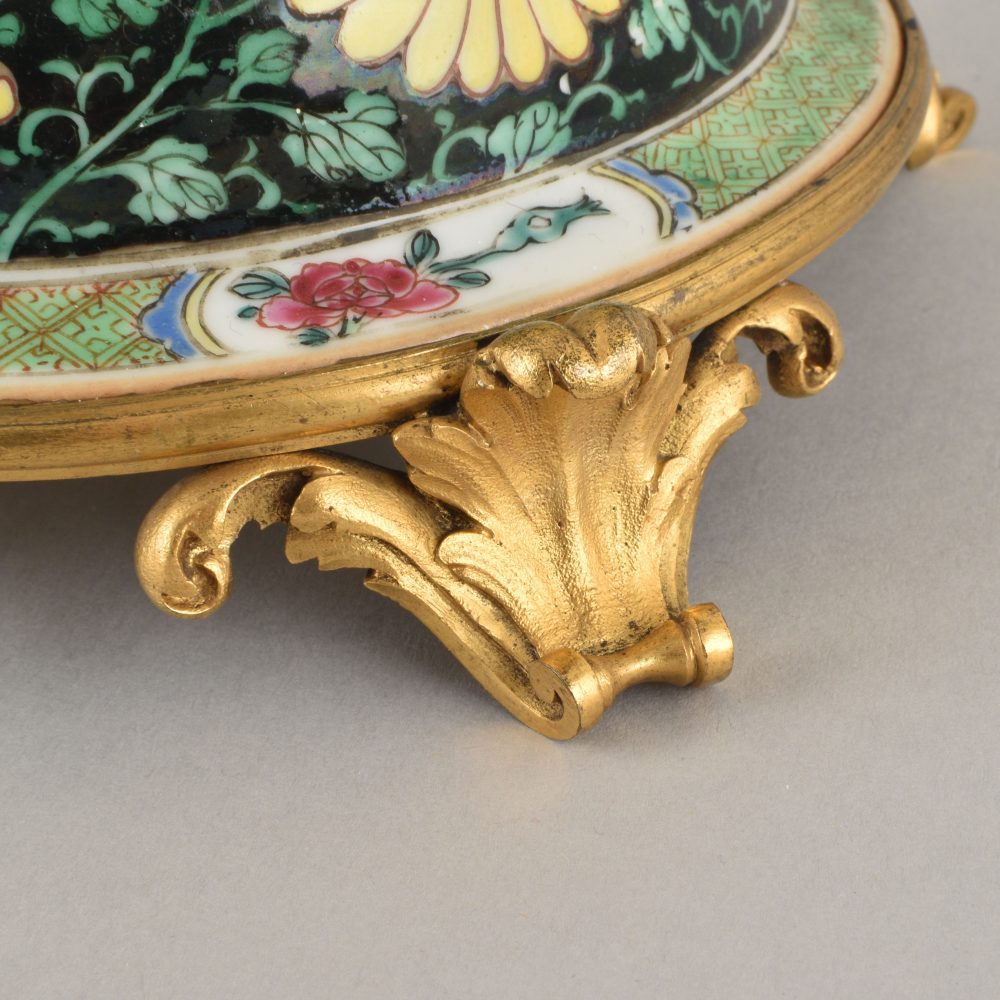 The porcelain, a cover from a vase of the Yongzheng period (1723-1735), decorated in the famille rose-noire with flowers, the ink stand made by a receptacle placed to the center of the cover, the lid with a rich rococo bronze gilt, three acanthus-shaped feet.

This inkwell is an illustration of the rediscovery of Chinese porcelain from the 18th century during the second half of the 19th century, due to the renewed attention given to these objects which have once again become precious in Paris (France).

They had suffered a slow disaffection since the end of the 18th century and this throughout the first half of the 19th century. One of the major events of this renewed attraction for the arts of China is undoubtedly the exhibition of objects looted from the Yuanming Yuan (the Summer Palace), which were presented on the ground floor of the Pavillon de Marsan in the Tuileries in Paris on February 23, 1861.

This renewed taste for the arts of China is accompanied by the participation of China in the Universal Exhibition (China participates for the first time in 1867 in Paris). Many art lovers also built up fine collections of Chinese art in Paris around this time, such as Henri Cernuschi, Emile Guimet, Clémence d´Ennery and Ernest Grandidier, continuing to spread the taste for Chinese art.

This ink stand also illustrates this revival taste for rocaille bronze gilt mounted porcelain, as during the reign of the king Louis XV. Porcelain decorated in famille noire enamels also held particular place among collectors in the 19th century. Very large vases painted in famille noire enamels, were thus described in the early 20th century in the United States as “the taste of millionaires”. Many Chinese porcelain imitations were made at this time in France to satisfy this revival taste of Chinese Export Porcelain, as for example by the Manufacture de Samson.