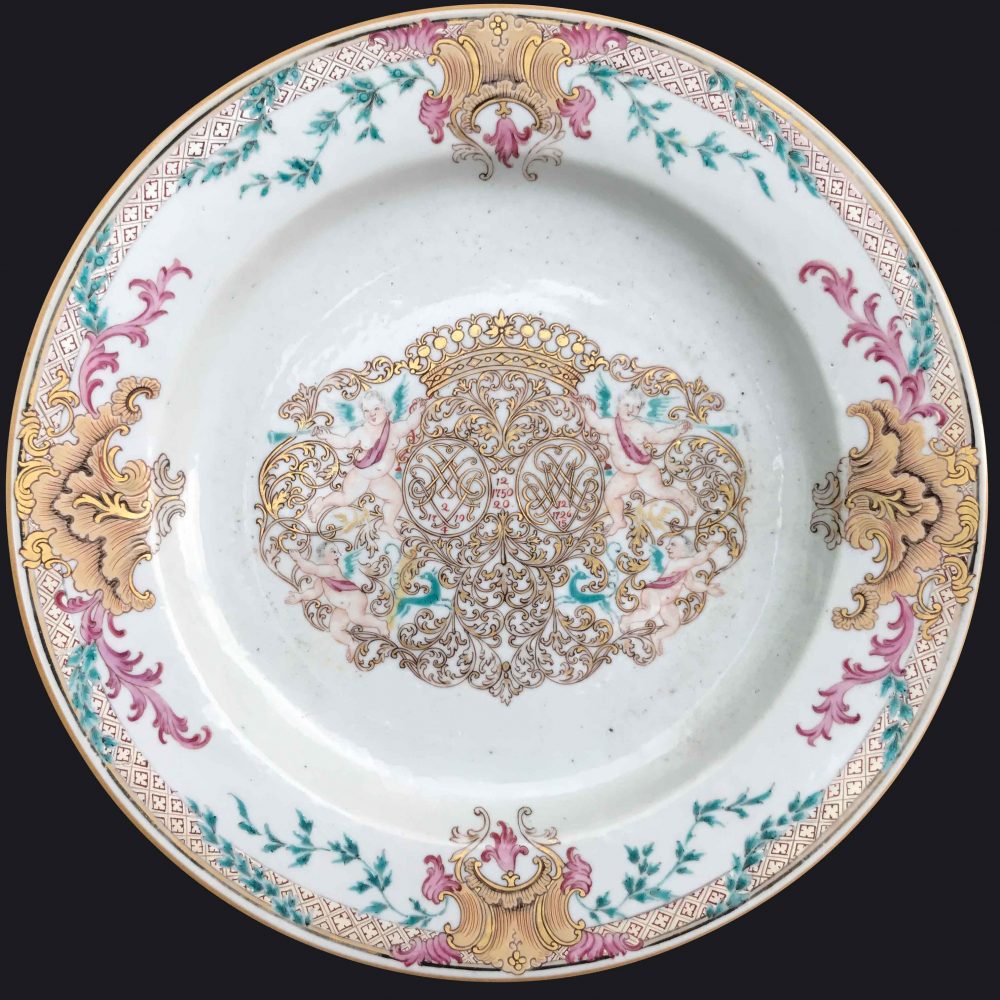 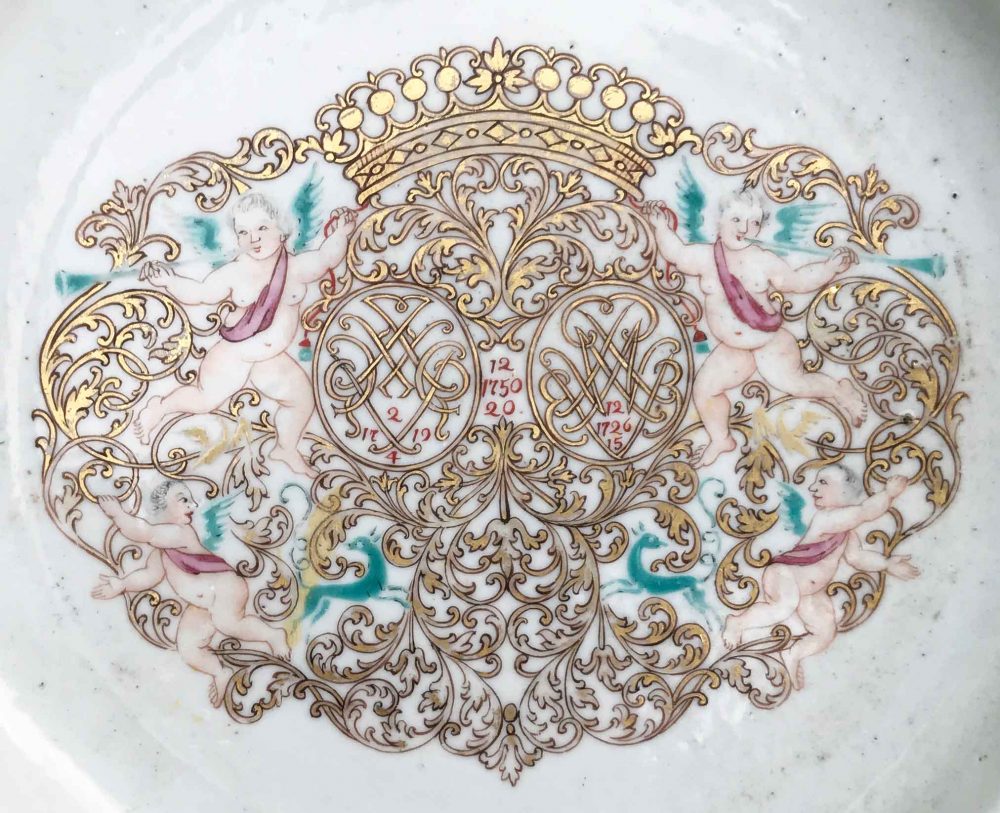 A large Chinese marriage plate – dated 1719-2-4 & 1750-12-20 & 1726-12-15, profusely decorated in famille rose enamels with gilt mantling and scrollwork, flanked by cherubs centering the initials and birthdates of the betrothed couple within a gilt and polychrome foliate decorated border. 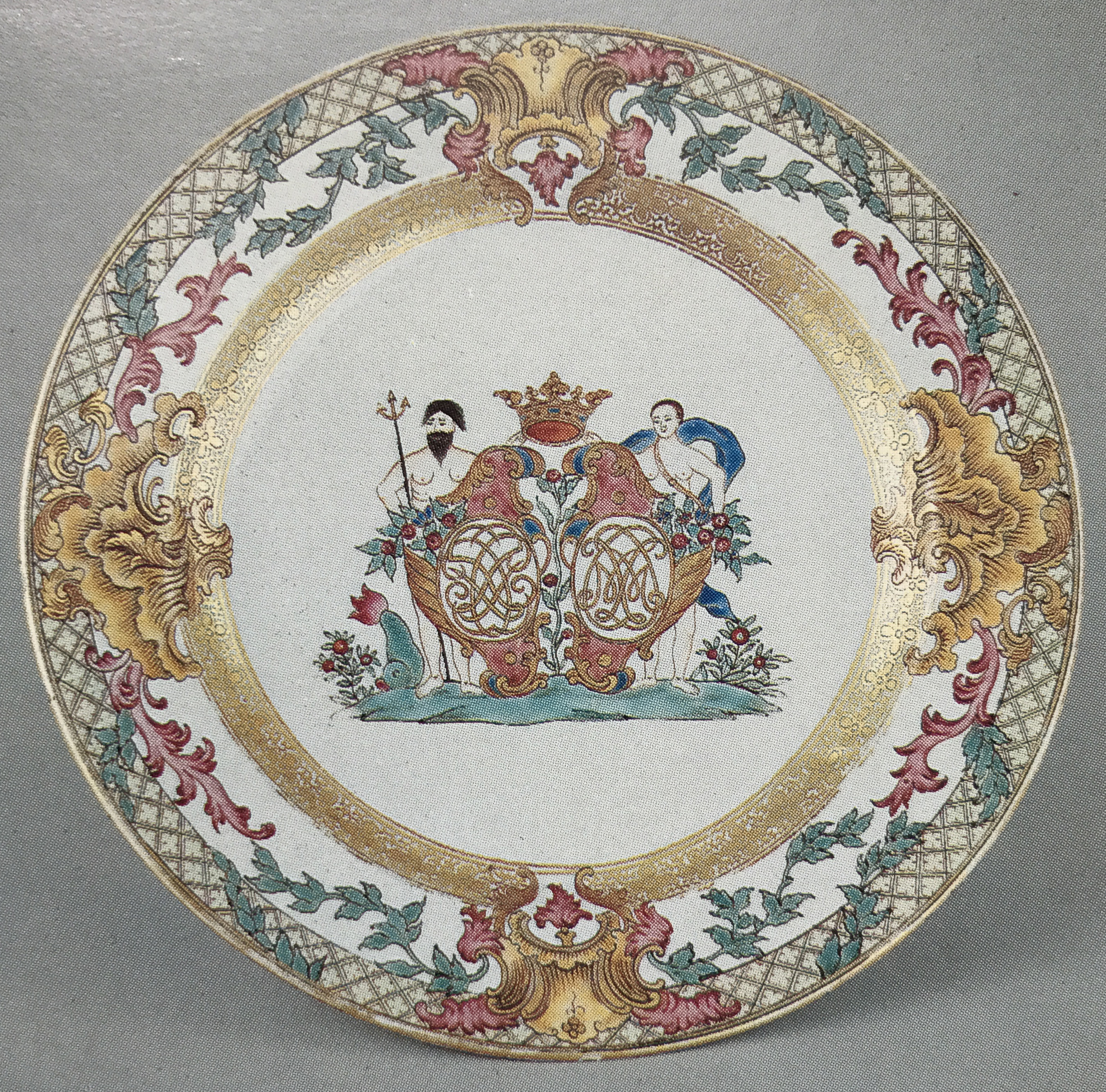 A plate, for the Dutch market, with the same border and decorated with the coats of arms of Famars (de) from Amsterdam & Friesen from Zwolle, was in the collection of Benjamin F. Edwards III (Christie’s NYC, 20 january 2004, lot 214). 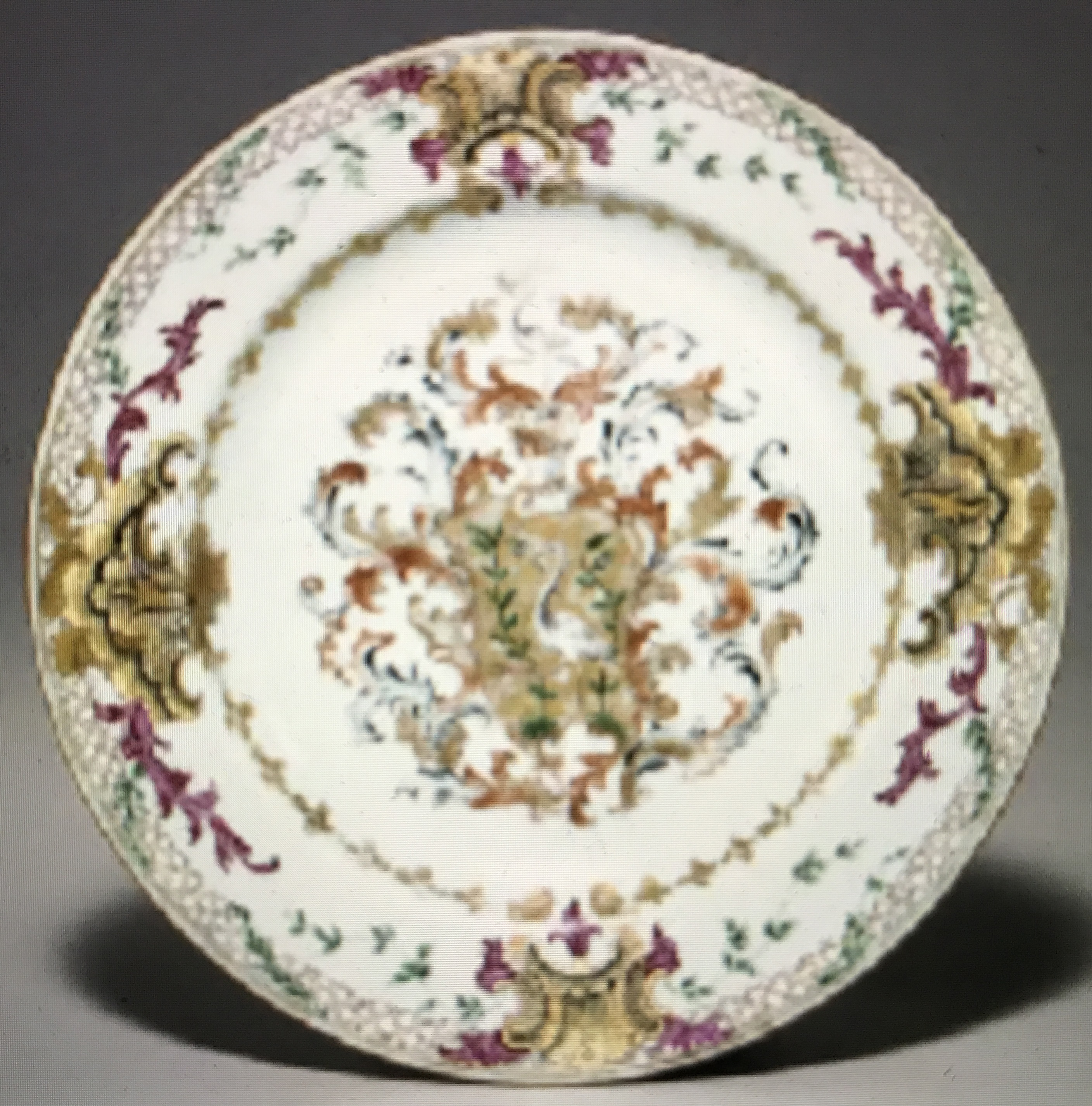 Pieces dated around 1750, with cyphers and rococo scrolls, for the Dutch market, are illustrated by John Ayers & David Howard in China for the West, T.II, p. 398.

This piece came from a service almost certainly ordered for the Dutch market.