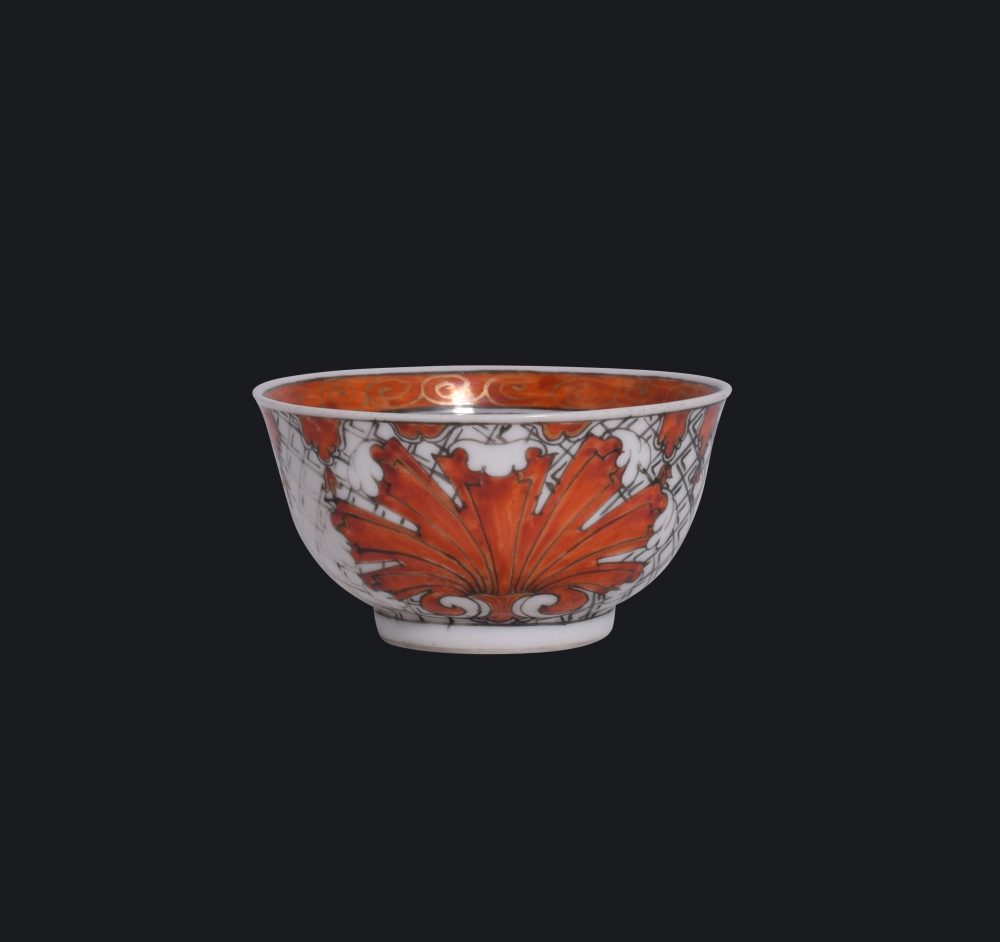 Decorated in the palmette pattern in iron-red and grisaille, attributed to the “Pronk workshop”.

A milk jug was published by CJA Jörg in Chinese Export Porcelaine, Chine de Commande from the Royal Museums of Art and History in Brussels, pl. 155.

This is one of the rarest designs from the “Pronk workshop”. it is not directly attributed to Pronk himself but elements from it are found in the Arbour pattern which is attributed to him. A number of pieces of this pattern including a range of plates and large chargers remain with one family, whose family legend attributes the original order for the pieces to their ancestor Cardinal Sluse, calling it “le service de Cardinal Sluse”. This cannot be strictly accurate as the Cardinal, Jean-Gualter Sluse, lived from 1628-1687. His brother René-François was an important mathematician and the youngest brother was a lawyer who became Baron de Sluse. The Baron built a big memorial to his distinguished brothers in Liege Cathedral and his son, or his grandson lay have ordered this service.