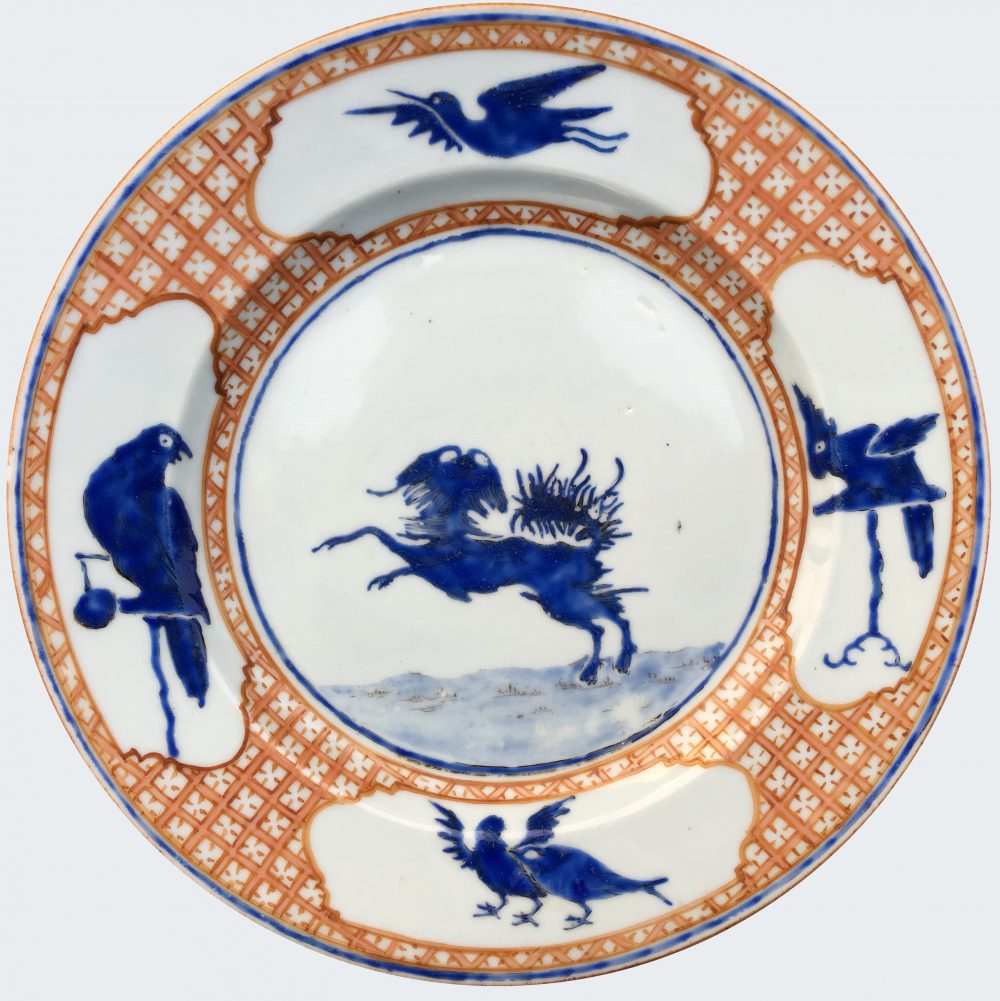 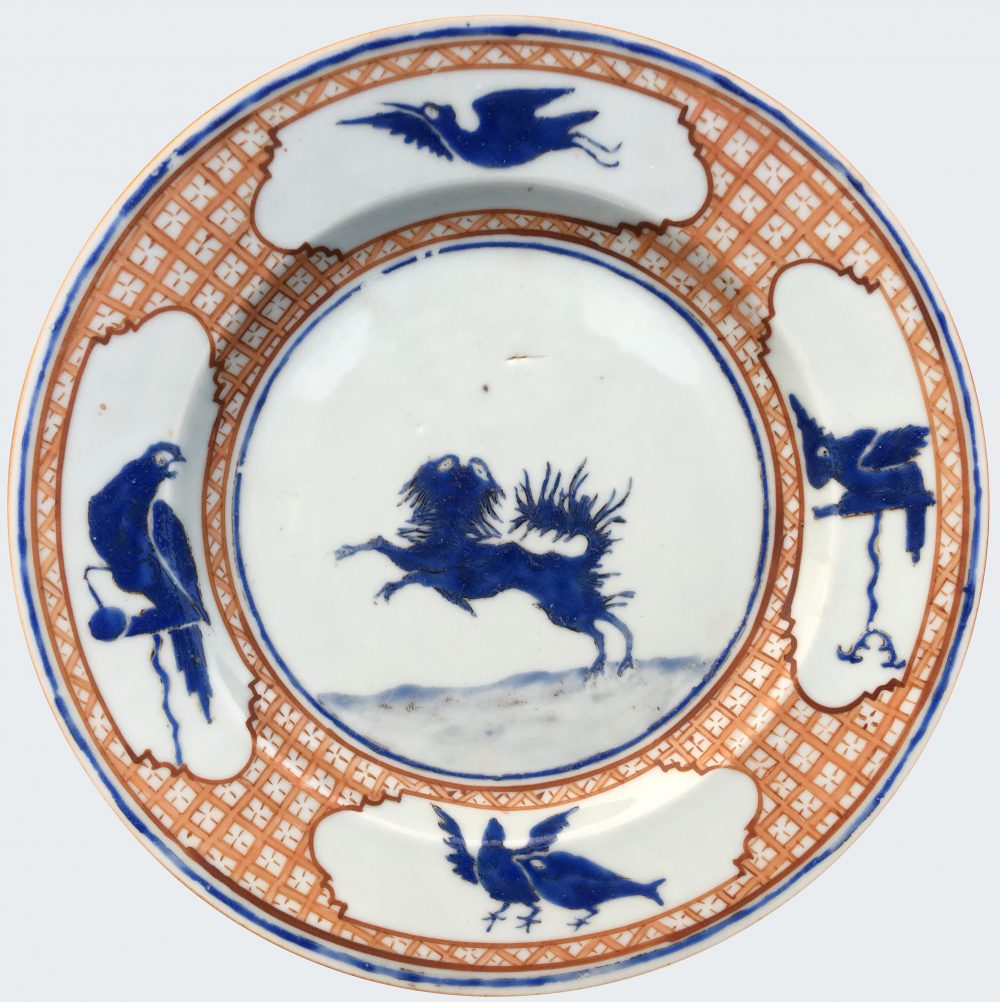 A pair of Chinese plates decorated with “The leaping pekinese” after a design attribued to the Cornelis Pronk studio. Qianlong period.

Each decorated at the centre in blue enamel with a leaping pekinese dog, the iron-red trellis border reserved with parrot and other bird cartouches.

This design known as The Leaping pekinese or The Pekinese and the Parrots displays close similarities to those drawn up by the Dutch draughtsman, Cornelis Pronk, who was commissioned by directors of the Dutch East India Company from circa 1734-1738 to produce designs to be transferred on to Chinese porcelain. Although the drawings for this particularly pattern have not been discovered, such examples may well have been made in his studio, since they would appear to be of very similar date and design. David S. Howard and John Ayers refer to this design as “The Pekinese and the parrots” (China for the West, vol. I, London, 1978, p. 296) and also suggest that it may have been designed in the Pronk studio.