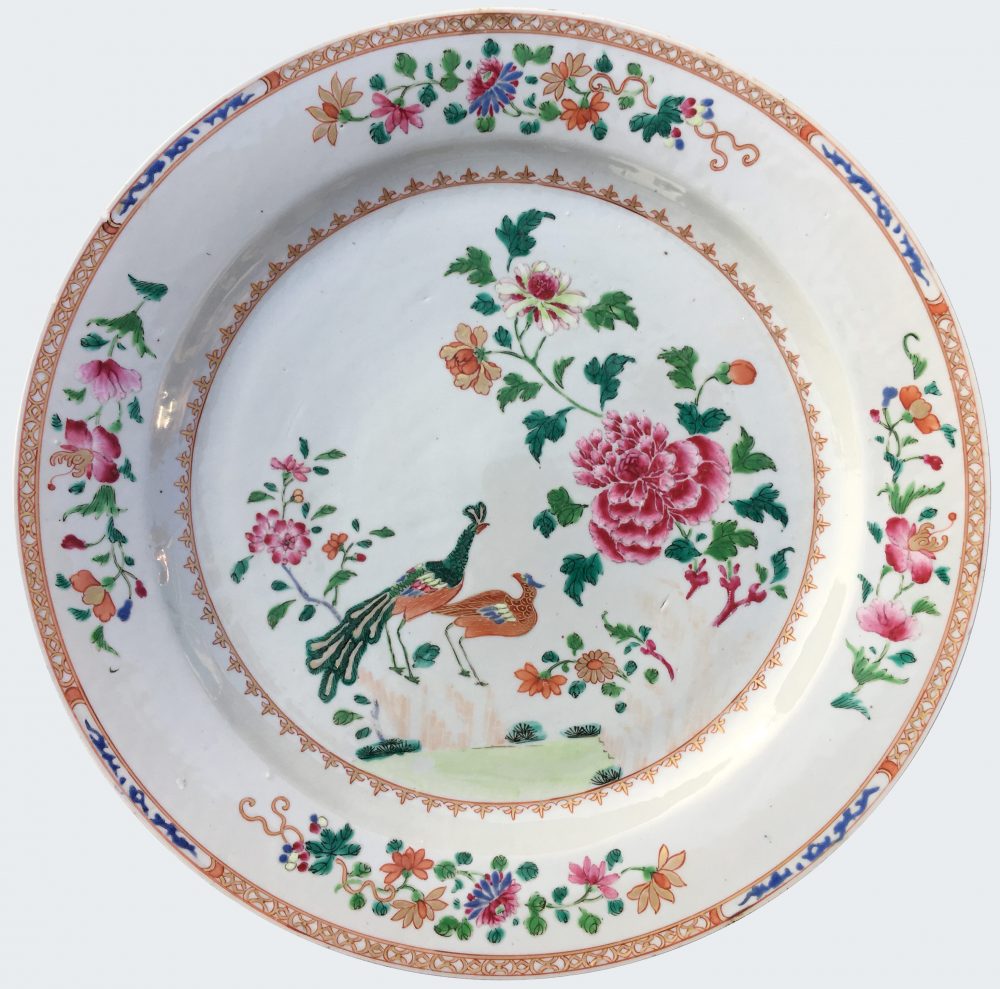 This pattern, known as « Serviço dos Dois Pavões » or « double peacocks Service », is one of the most famous pattern in Chinese Export Porcelain, specially in Portugal and Brazil.
The royal family of Portugal owned one service with this pattern. When Napoleon invaded Portugal, The King Joao VI, soon Emperor of Brazil, fled in exile to Brazil and brought his services with him, including this one. The royal and imperial family used it then at Paço de São Cristóvão and at Fazenda Imperial de Santa Cruz.
It is known as the “viajante” service because, it first travelled from China to Portugal, and then from Portugal to Rio de Janeiro. When the Empire turned into the Republic of Brazil, the six Chinese Export Porcelain service of the king Joao VI were scattered in 1890 through auctions held in 1890 by the auctioneer Joaquin Dias dos Santos in Rio de Janeiro. Since the archives of the auction house burned, it is now impossible to distinguish the pieces formerly owned by the King Joao VI from the pieces with this pattern produced at the same period. Our charger could be from the collection of the King Joao VI.