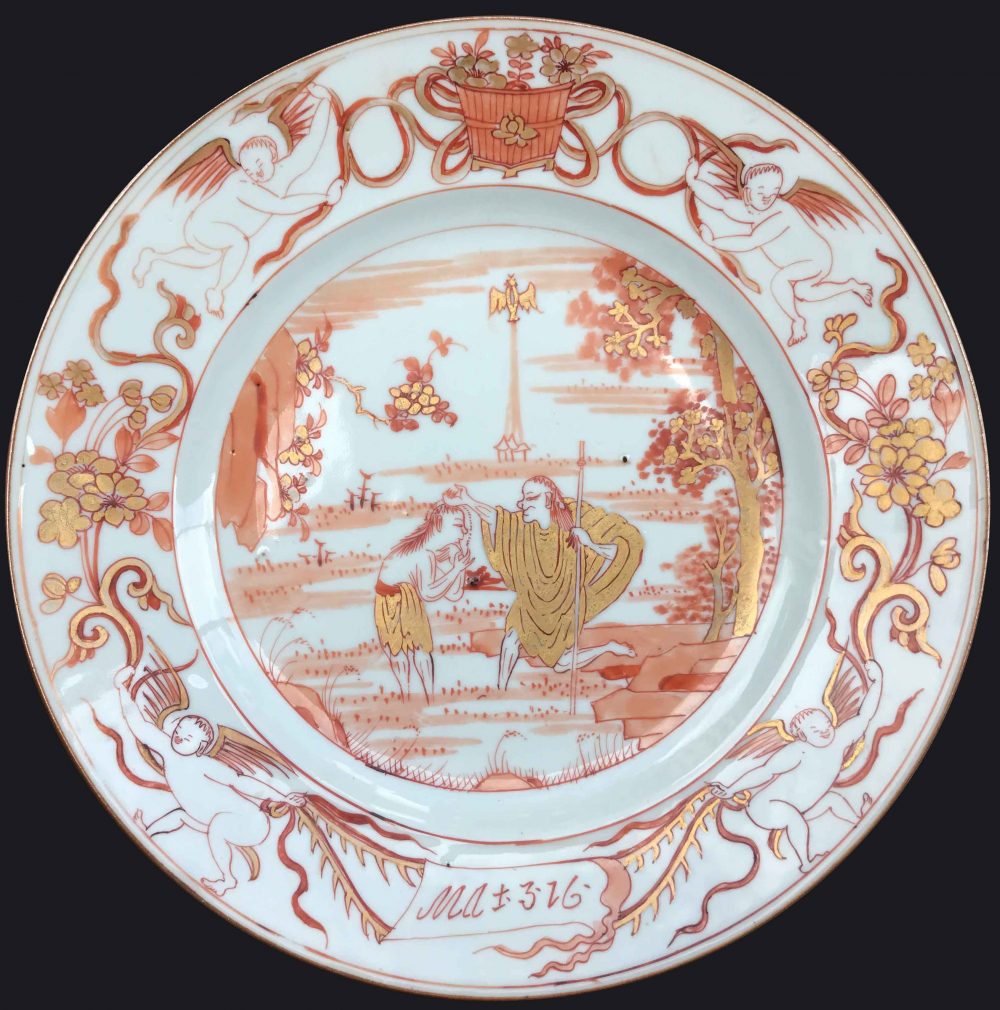 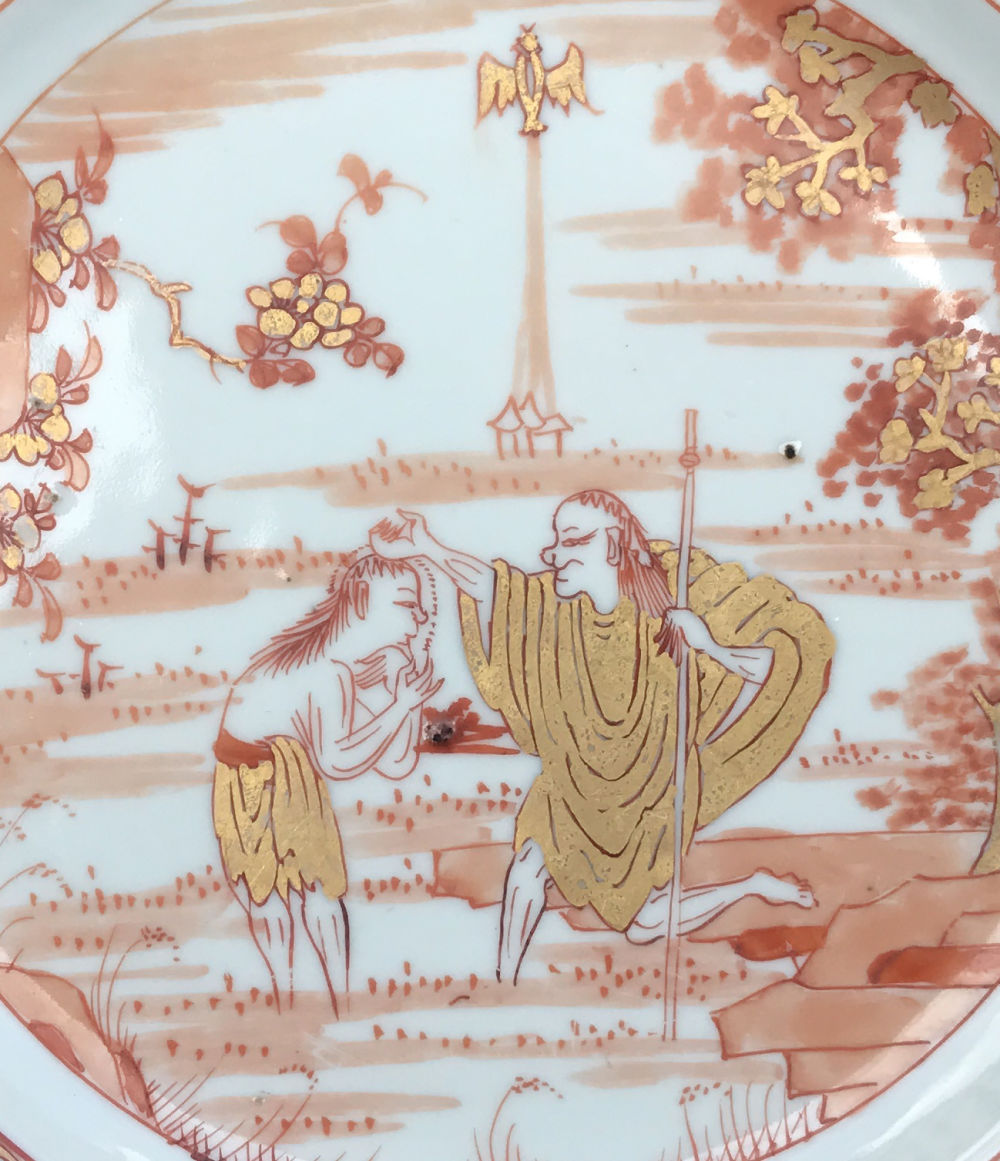 A large Chinese plate decorated in iron-red and gold with scene of the Baptism. Yongzheng period.

Decorated in various shades of iron-red and gold, with a central scene of the baptism of the Christ by St. John the Baptist in the Jordan River, while the Holy Ghost flies above them. The rim is painted with garlands of foliage and flowers, supported at the top by a basket of flowers and on either side by putti, with a cartouche at the bottom with the inscription MAT. 3 . 16.

Plates and dishes with the same central scene of the Baptism, in underglaze blue or in iron red (with different borders, including an eagle), are known in severals private collections and museums  :

Pieces with this decoration are also illustrated in severals books :

Howard, D., Ayers, J., China for the West : Chinese Porcelain and others Decorative Arts for Export illustrated from the Mottahedeh Collection, 1978, vol. I, nos. 306, 309.

Jörg, C., Chinese Export Porcelain : Chine de Commande from the Royal Museums of Art and History in Brussels, 1989, no. 57.

Illustrating the passage from Matthew (“And when Jesus was baptized he went up immediately from the water, and behold, the heavens were opened and he saw the spirit of God descending like a dove and alighting on him), the artist seemingly depicts an ascending dove above the radiating beam of light. Similar naïve depictions of biblical subjects are known on European earthenware. Although the rock formations on the plate shown here are painted in the Chinese manner, Le Corbeiller rightly notes that the composition and border design exhibit the same peculiarities of style found on late seventeenth-century Delft biblical plates.