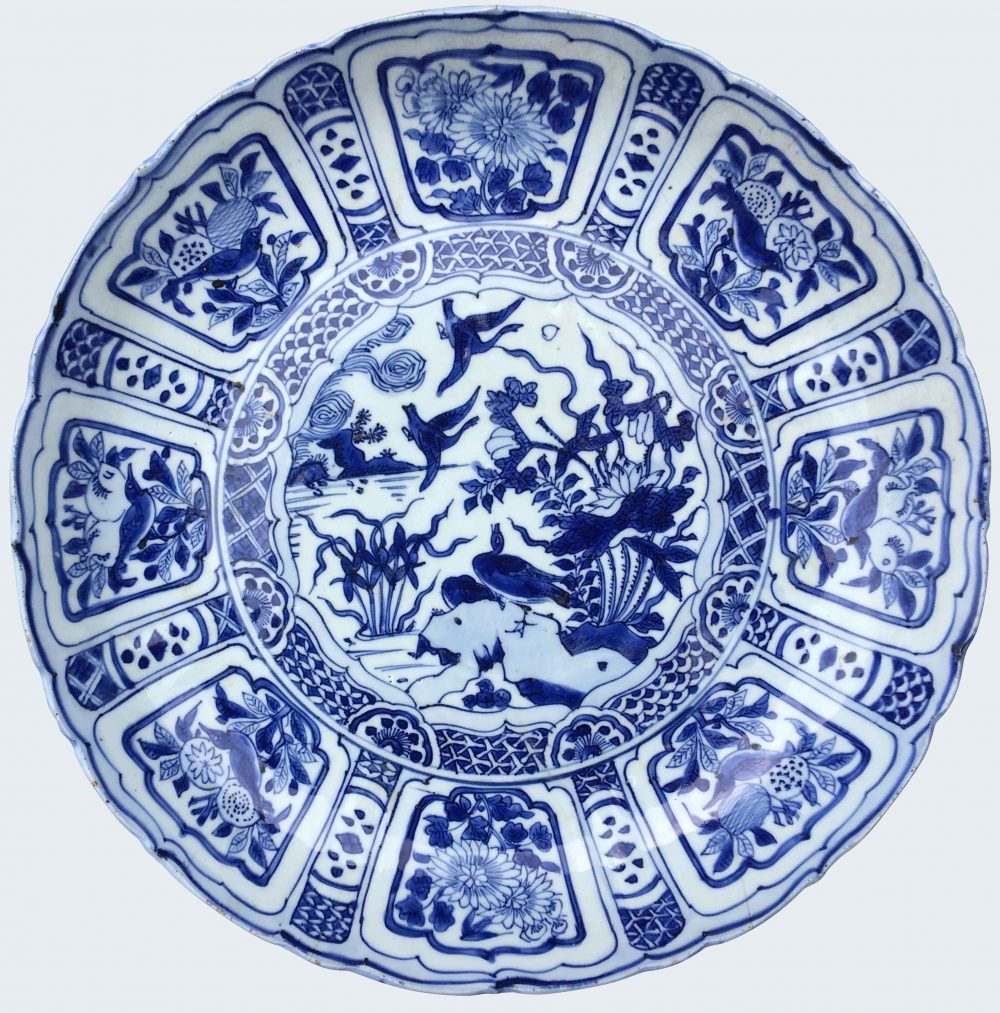 Decorated in underglaze blue, the rim well painted with panels of fruits and flowers surrounding ducks and a lotus pond centering the broad floor, the exterior decorated with simplified reserves.

In traditional Chinese culture, mandarin ducks are believed to be lifelong couples, unlike other species of ducks. Hence they are regarded as a symbol of conjugal affection and fidelity, and are frequently featured in Chinese art. A Chinese proverb for loving couples uses the mandarin duck as a metaphor : “Two mandarin ducks playing in water”. 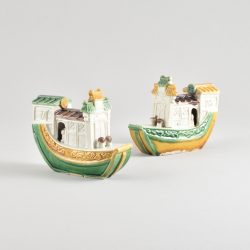