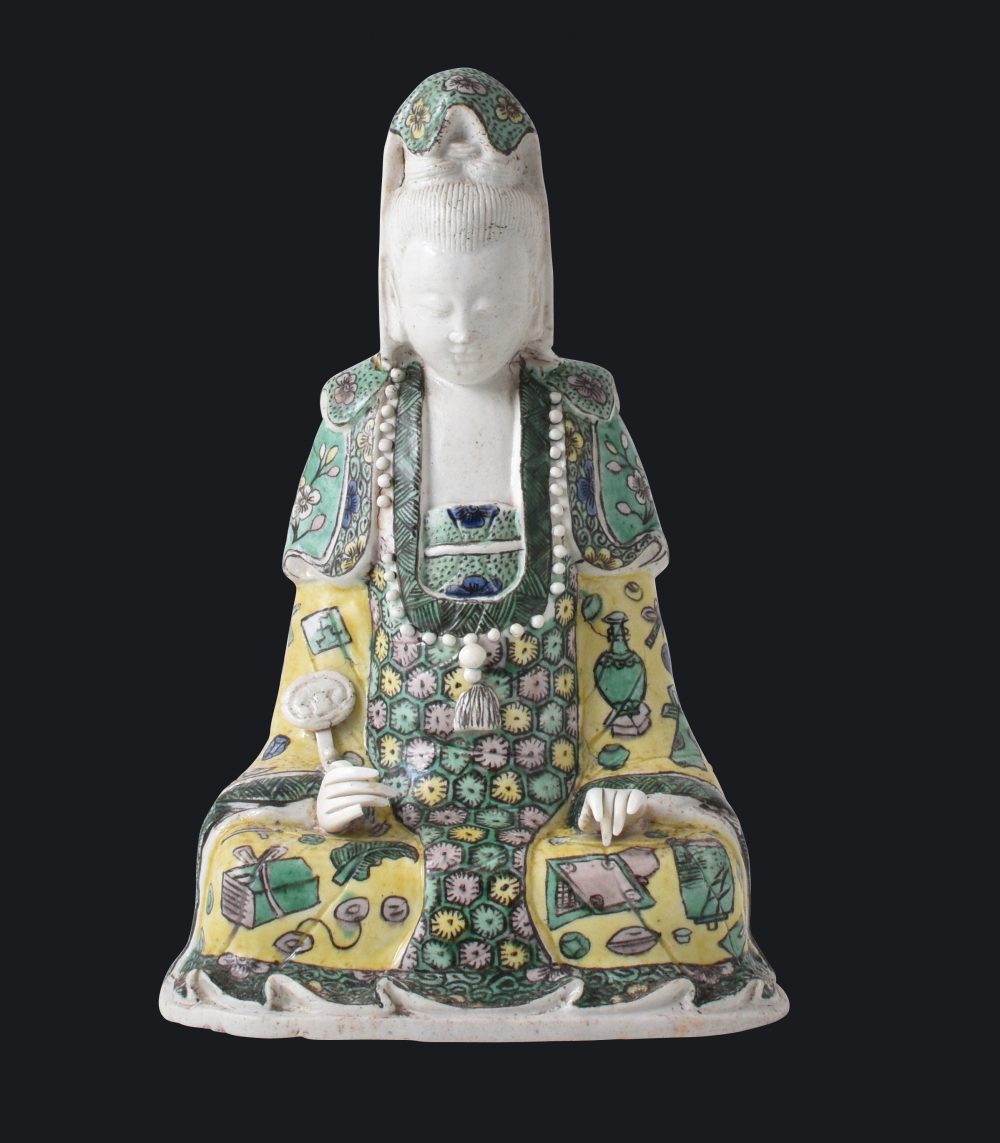 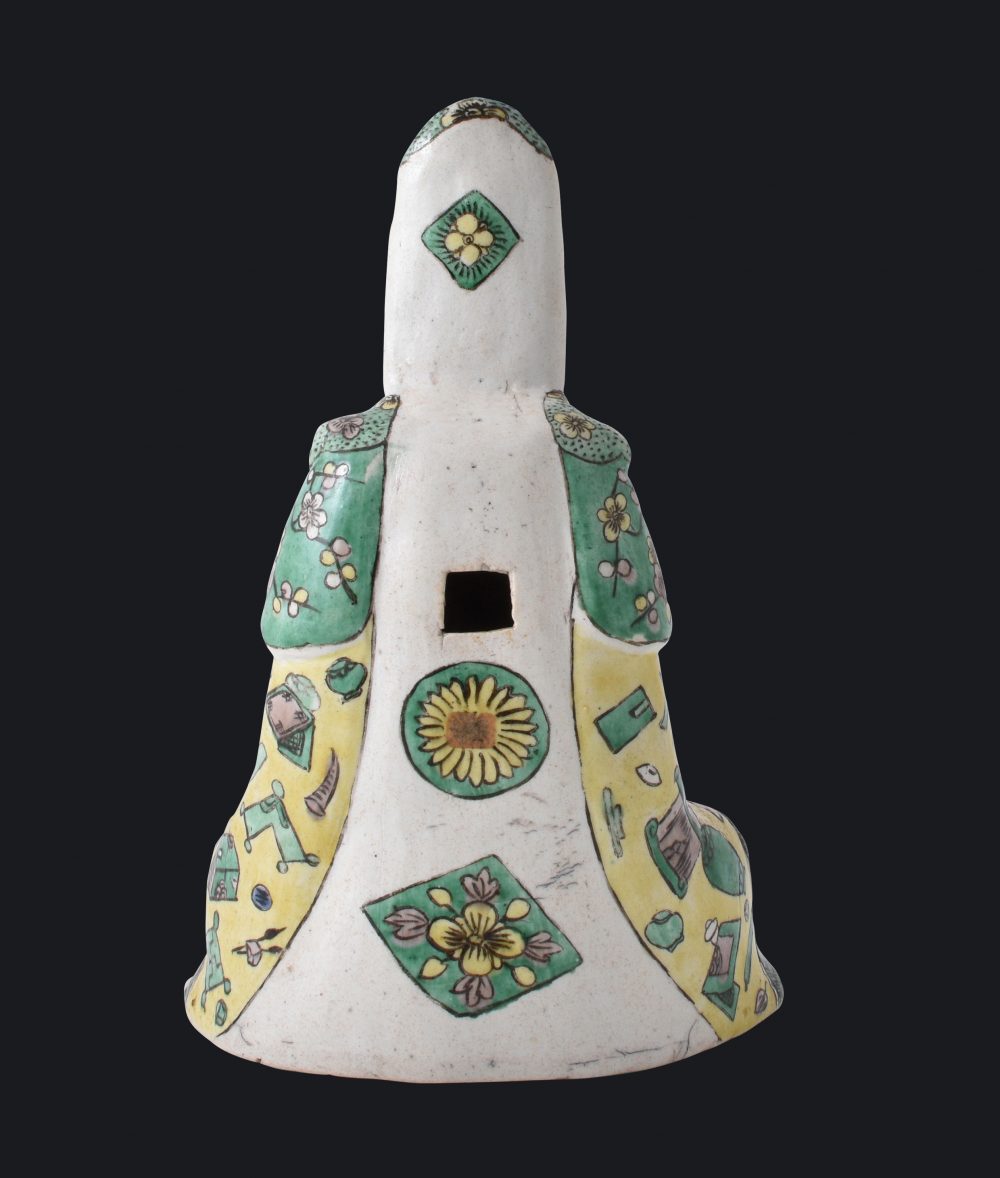 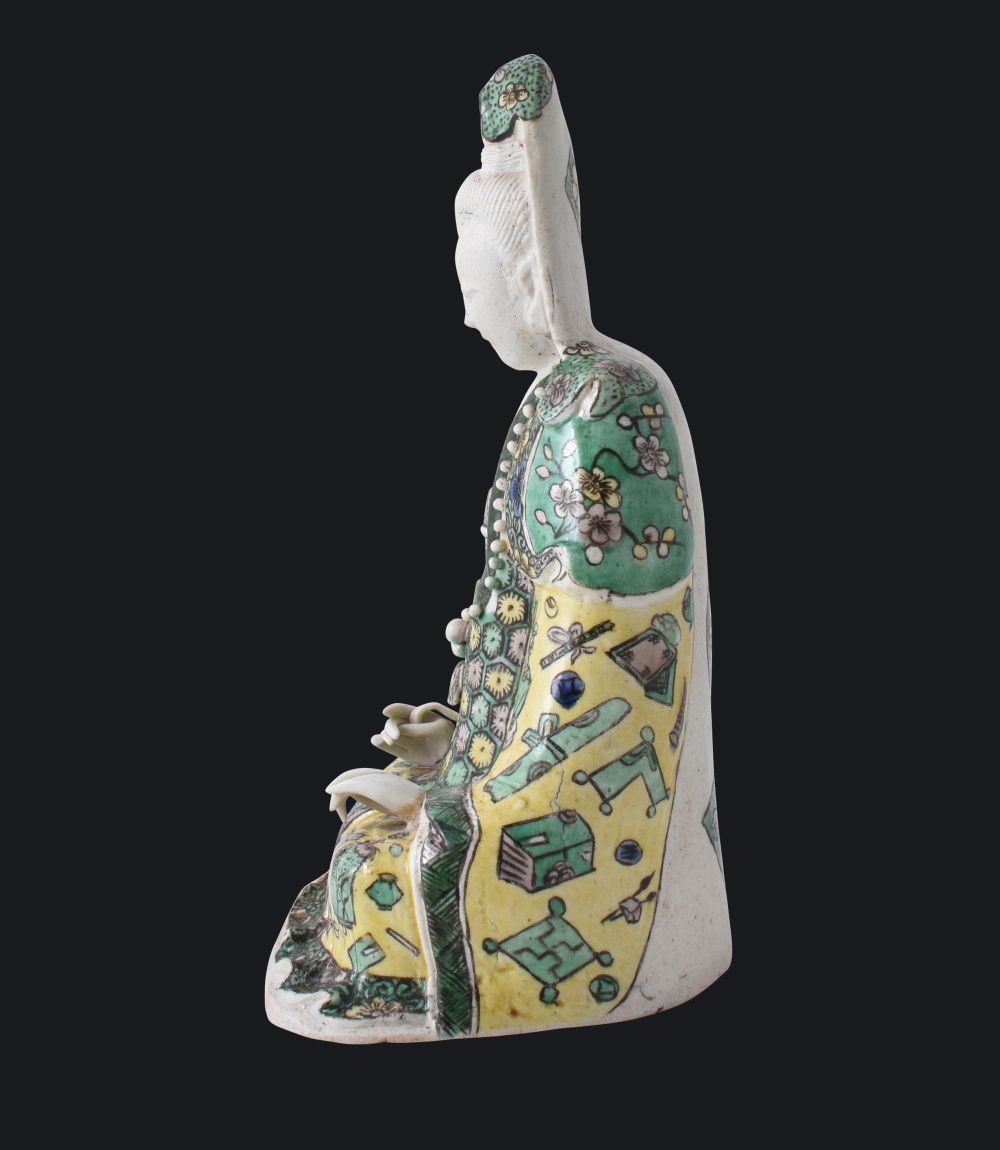 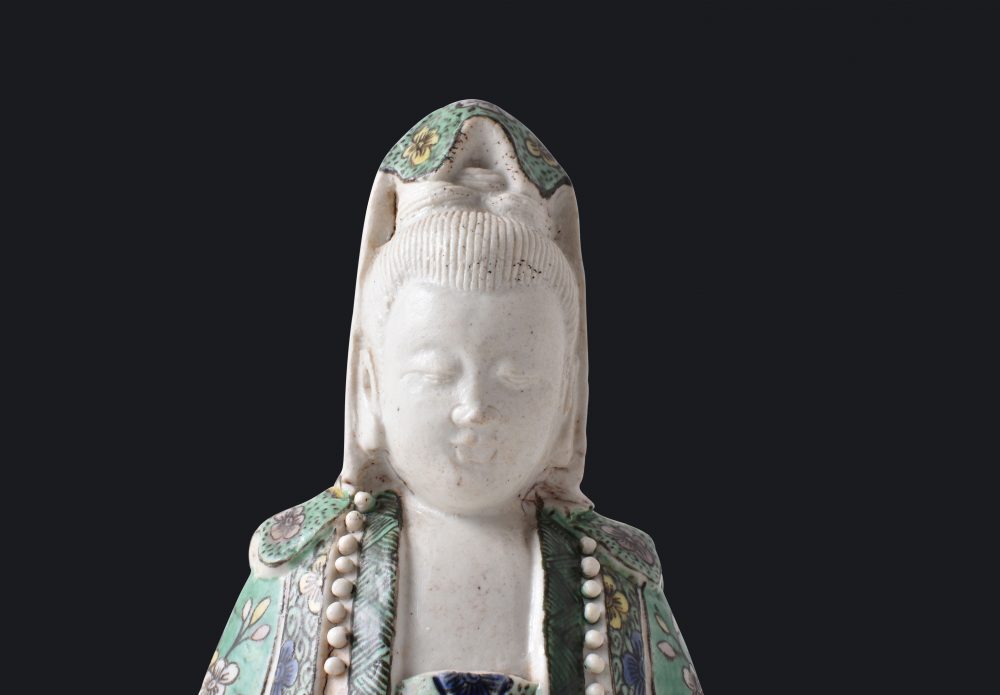 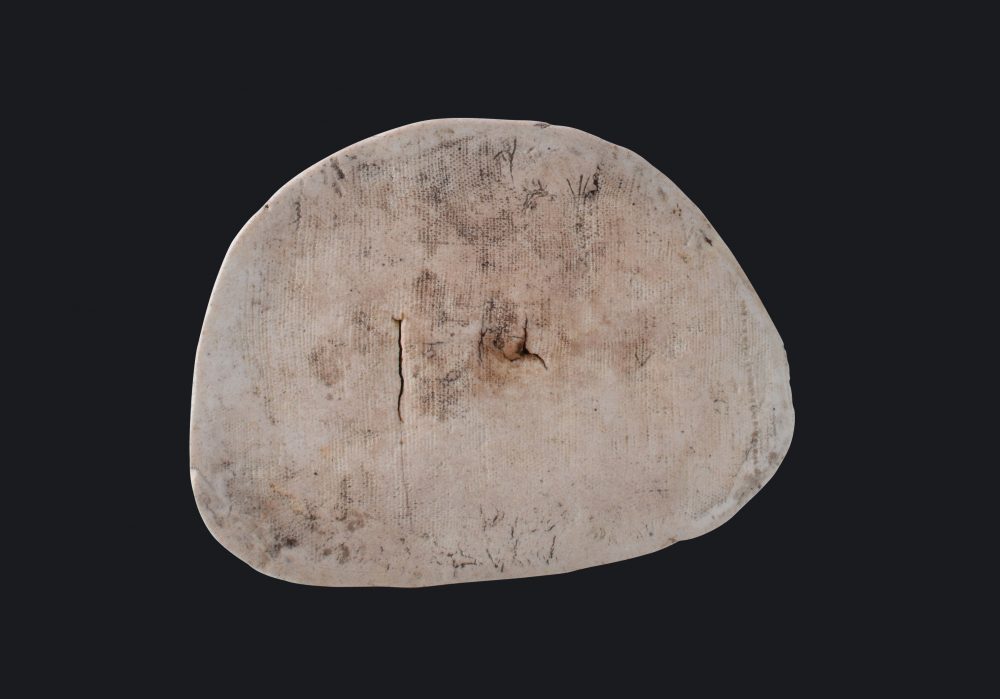 A Chinese figure of Guanyin decorated with famille verte enamels on the biscuit. Kangxi period

Guanyin, made from molded biscuit porcelain with applique details, enameled in the famille verte palette. The figure of guanyin is rendered in a seated position, with her eyes meditative and downcast, a ruyi scepter in her hand, and clothed in gorgeous draping robes decorated with buddhist attributs.

From a private French Collection

In the context of East Asian Buddhism, Guanyin is a Bodhisattva associated with compassion. The Chinese characters that make up “Guanyin” specifically means “observer of sounds” (guan = observe; yin = sounds), conveying the belief that Guanyin is a listener of suffering sounds, and thus a tenderer of the world’s troubles. For this reason, most depictions of Guanyin in Chinese art feature the Bodhisattva looking downward, as if to watch over the mortal realms.