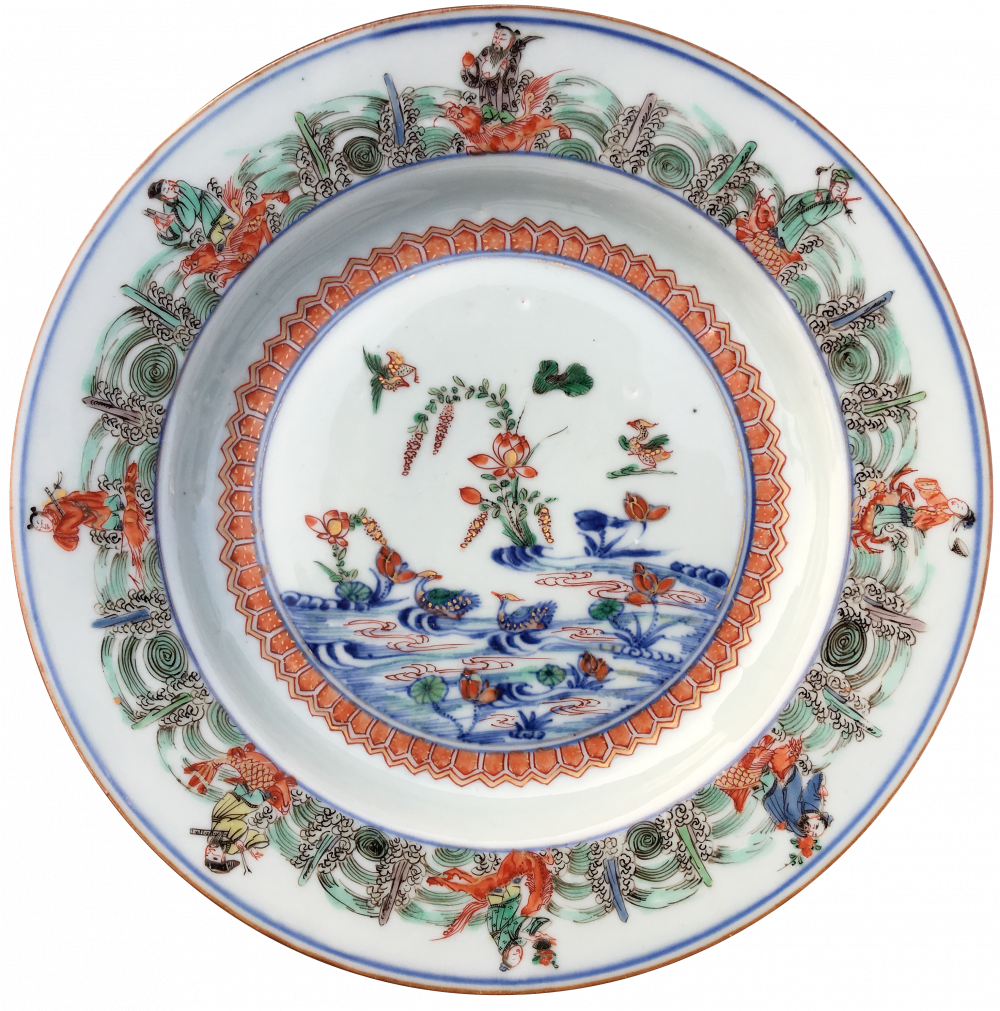 Painted and gilt with a central medallion depicting mandarin ducks in a lotus pond, within a border of the Eight Daoist Immortals riding upon mythical beasts amongst foaming waves.

Another one, from the collection of the China Trade Museum (Milton, USA), is illustrated in the catalogue of the exhibition Yang-ts’ai, the foreign colors : Rose porcelains of the Ch’ing dynasty (February 12 through June 27, 1982).

A plate is illustrated in Yamanaka & Company – Collection of Chinese and Other Far Eastern Art Assembled by Yamanaka & Company, Inc. Now in Process of Liquidation Under the Supervision of the Alien Property Custodian of the United States of America, New York : John B. Watkins, Co., 1943, no. 997.

The Kangxi green palette plate follows upon the tradition of Ming five-color ware (wuçai). However, to the tradition Ming colors, including underglaze blue, overglaze blue enamel was added – a discovery made in the last decades of the  Kangxi reign -on the border of this plate. A very similar pattern was painted during the Yongzheng period (1723-1735).