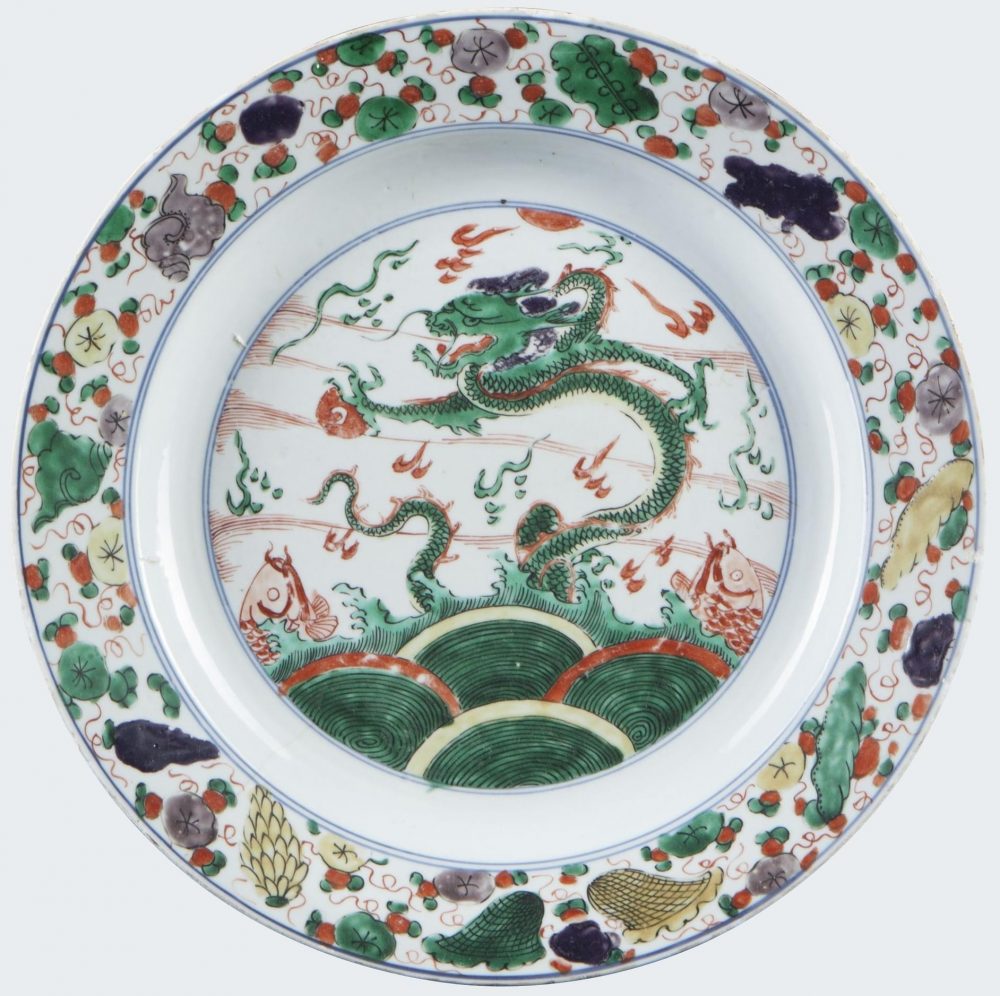 Decorated in the famille verte palette, with a dragon chasing the flaming pearl amongst the sea and separated by two carps.

A dish with a similar decoration to the center but a different border is in the collection of the Metropolitan Museum of New York (2001.362/galerie 203)

This decoration looks emblematic of the Transitional period. Symbolizing the the process of creation, the water denotes the female principle (yin), the dragons represent the male principle (yang).