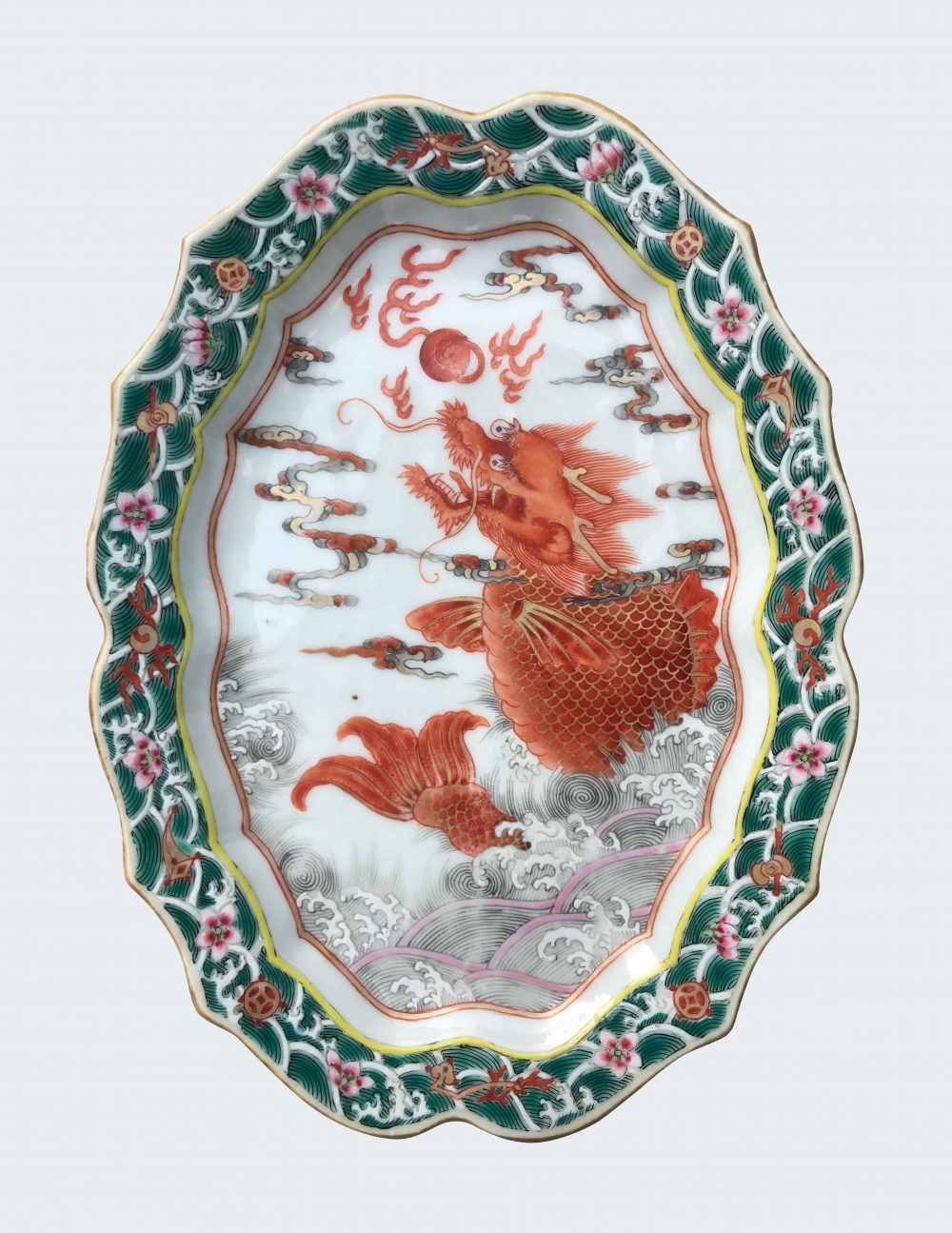 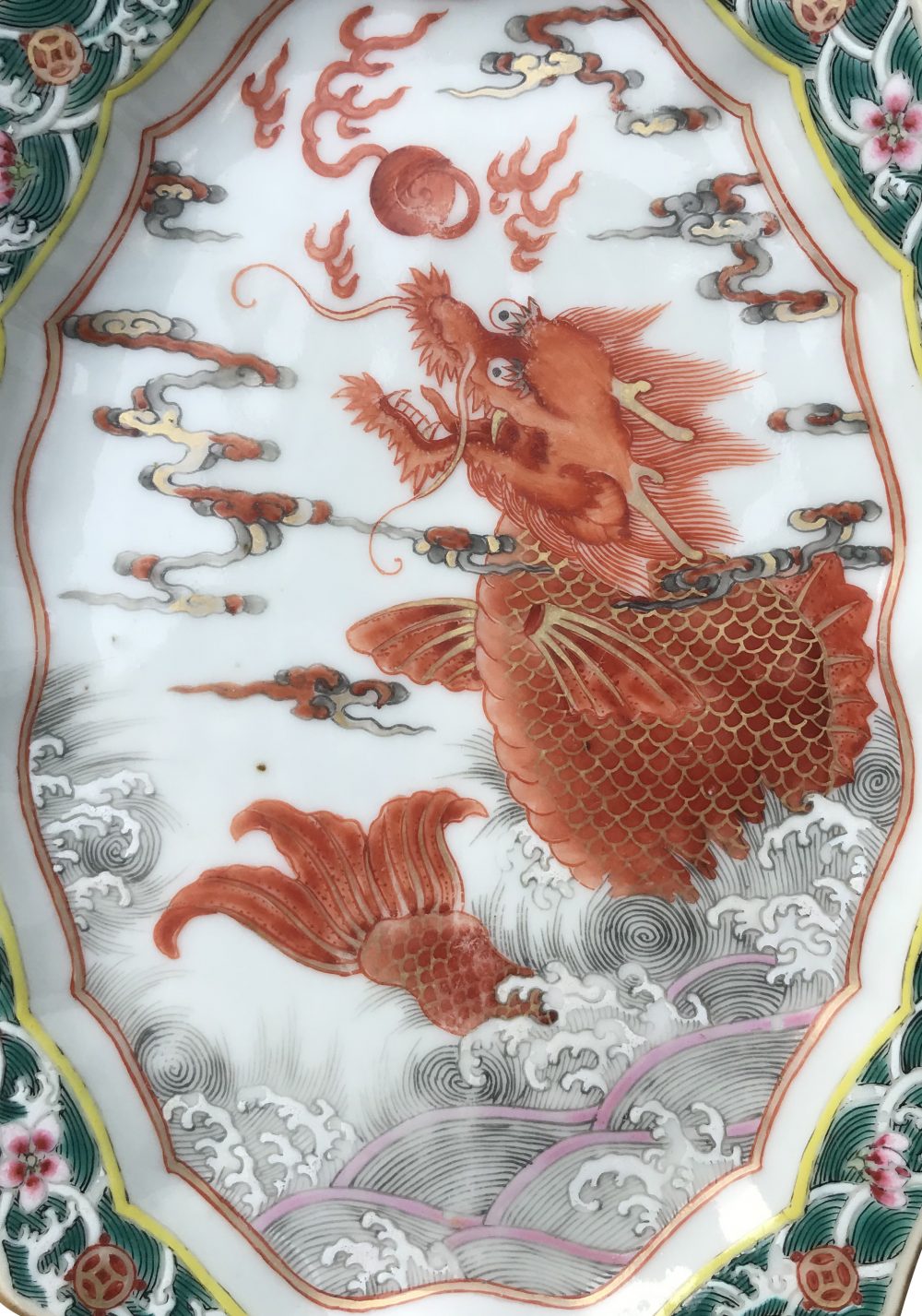 Of shaped oval form, decorated in the famille rose palette and iron-red with foliated gilt rims, and painted with a leaping dragon-fish in iron-red and gilt in pursuit of a flaming pearl above billowing and crested white and pink enamelled waves, between ruyi-shaped clouds, the flat everted rim with pink flowerheads dispersed between gilt precious objects on a green and white-enamelled wave ground.

From a belgian collection

A pair of dragon-fish-form tureens and one stand, are illustrated by Jorge Welsh and Maria Antónia Pinto de Matos in The RA Collection of Chinese Ceramics, A Collector’s Vision, vol. 2, no. 255, pp. 110/1.

There is an old Chinese legend about a carp which transforms into a dragon and climbs a waterfall on its way to the upper reaches of the Yellow River, it is thus one of the symbols of the scholar, who pursues his studies through hardships. The subject is also associated with the rebus yuhualong, ‘fish transforming into dragons’, which implies the wish for success in the civil service examinations.