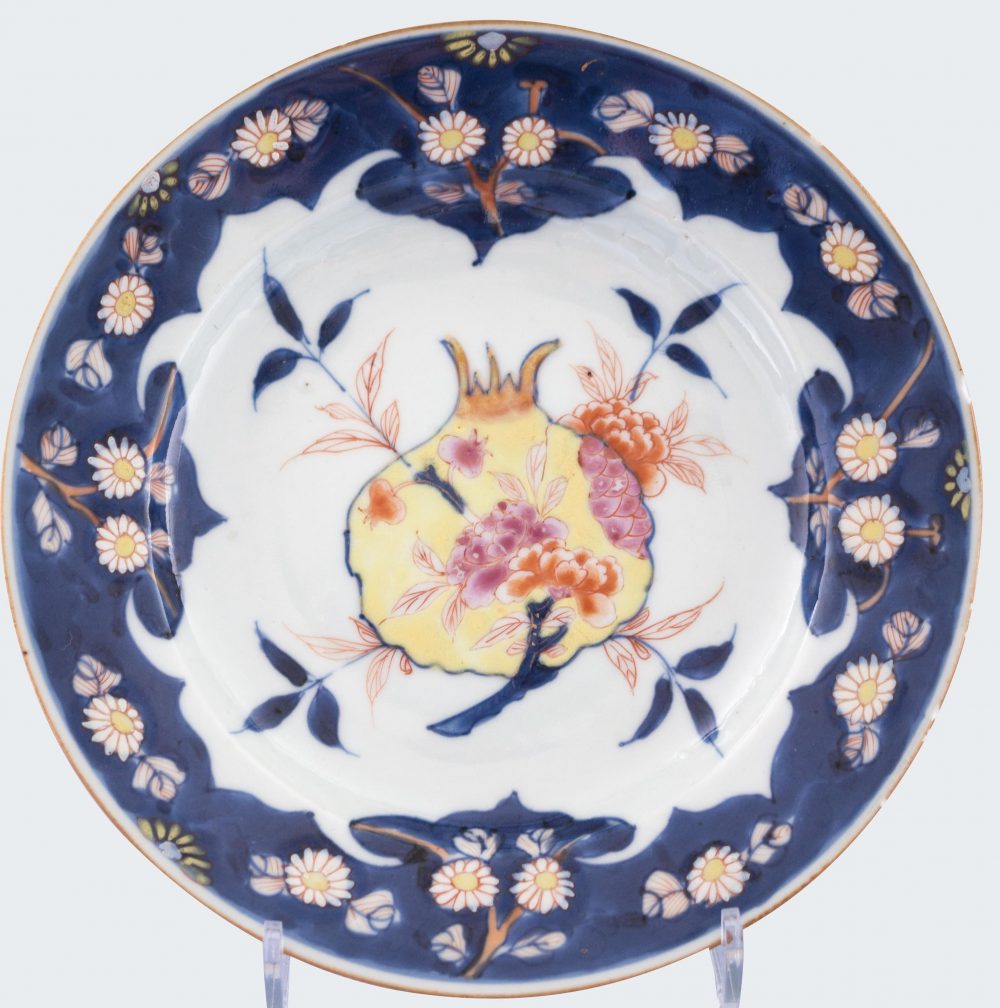 Decorated in a combination of dark underglazed blue with pink, orange and yellow enamels. The central motif, a pomegranate, amongst flowers and foliage, has burst and shows its seeds. The decoration of the rim, with chrysanthemums, drawing four ruyi.

A similar plate is held on at the Metropolitan Museum de New York (access number MET 79.2.1305).

A set of ten plates was published John Carswell and Jorge Welsh in Fauna &Flora – A collection of Qing Dynasty Porcelain (2002, p. 18)