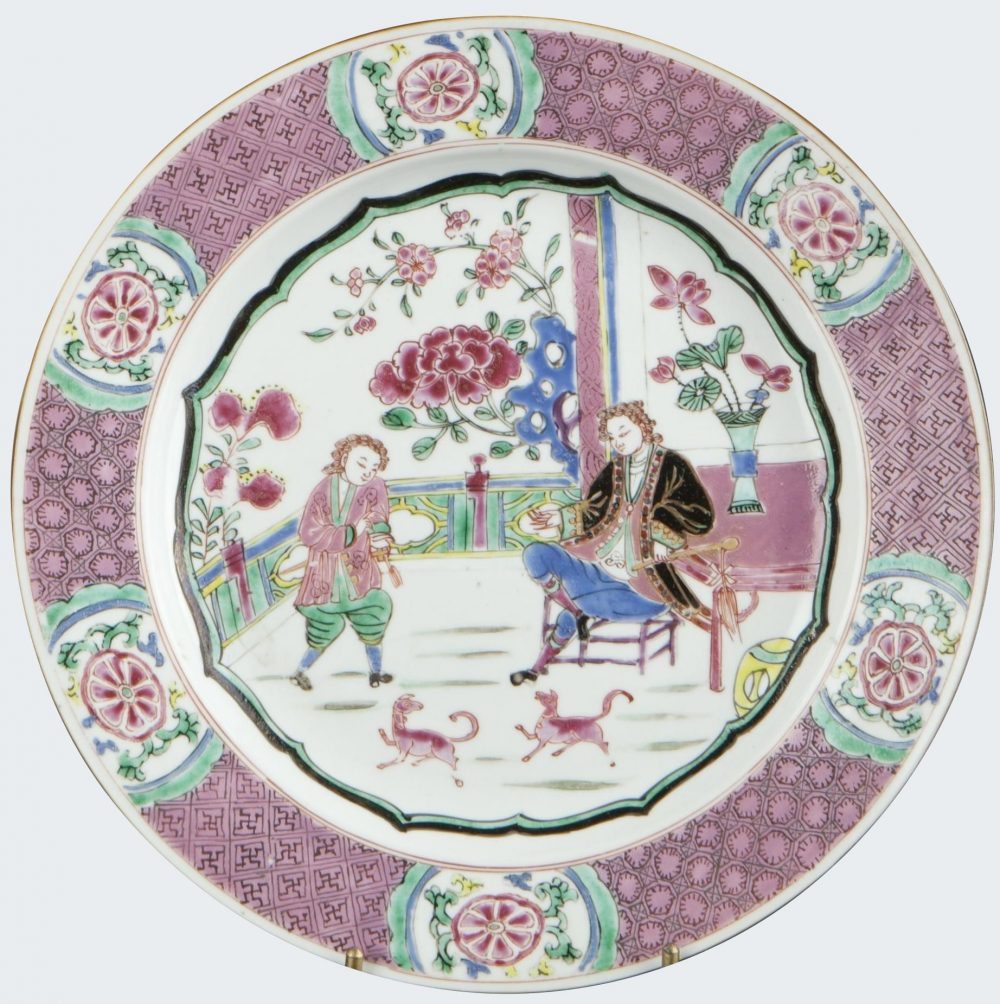 Richtly enamelled in the famille rose palette with a European young boy and a seated gentleman on a terrace watching two dogs. The border in rose-pink with honeycomb diaper and four reserves with flowerheads between formal scrollwork.

Another plate, is in the collection of the Musées Royaux d’Art et d’Histoire de Bruxelles, and at the exhibition Chinese Export Porcelain (Hong Kong, 30 novembre 1989-27 février 1990 – n° 32).

This scene intends to illustrate a European domestic scene and may well be as much for Chinese eyes as for export. There are a number of versions, some with a couple and with others animals, sometimes coupling. Such plates are more likely to have been purchased in China shops in Canton than ordered in quantity. The design was clearly popular judging from the number and variations still known, although this scene probably only appears on plates.