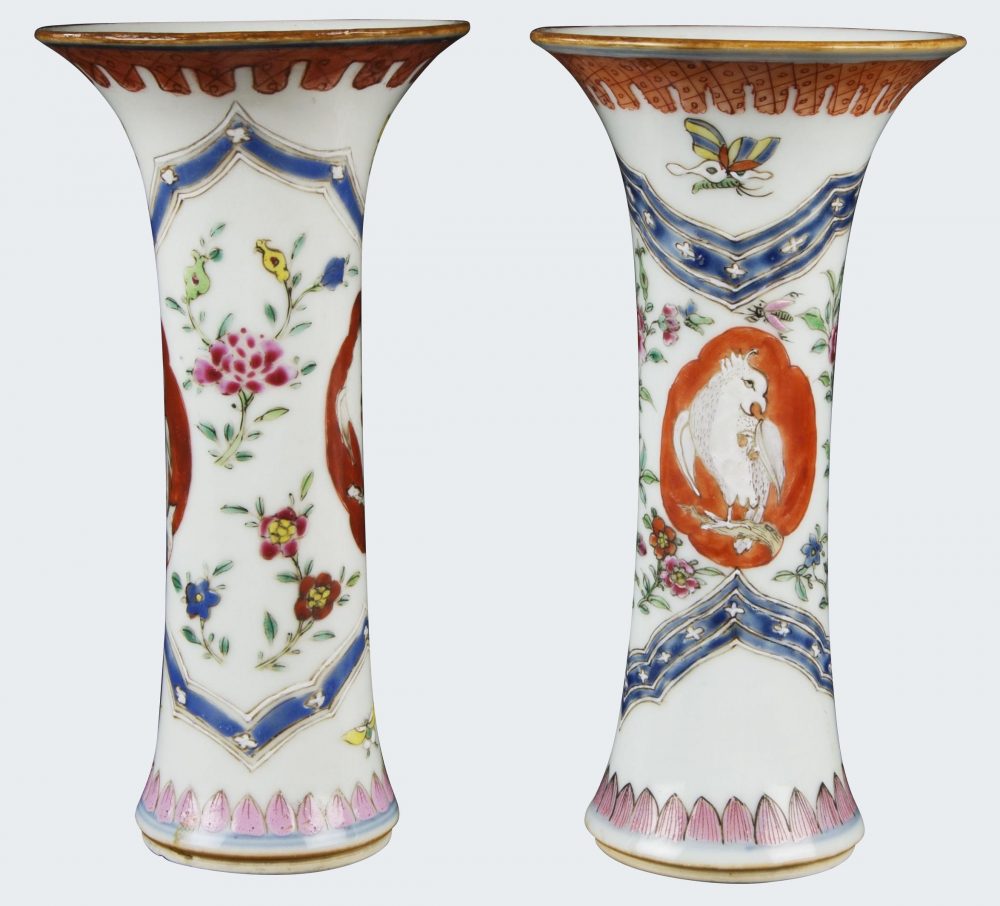 Pair of “vases cornet” painted in the famille rose palette with a parrot within a cartouche, interspersed with scattered flower sprays, enclosed within a scalloped border.

For a garniture with this pattern, with two “vases cornet” and three “baluster vases”, see Christie’s New York, The Benjamin F. Edwards III Collection of Chinese Export, 22 juin 2003, lot 98. The catalog of the sale mentioned : « One of the rarer of the group of Pronk-designed or inspired patterns, this is closely related to the parrot-on-the-perch pattern, also found in small garnitures. Cockatoo examples have been sold Sotheby’s New York, 24 January 1995, lot 1155 (three pieces) and Sotheby’s Monaco, 4 March 1984, where it was noted that a Japanese porcelain version from the collection of Richard de la Mare had been sold at Much Hadham Hall, 30 September 1980, lot 126″ .