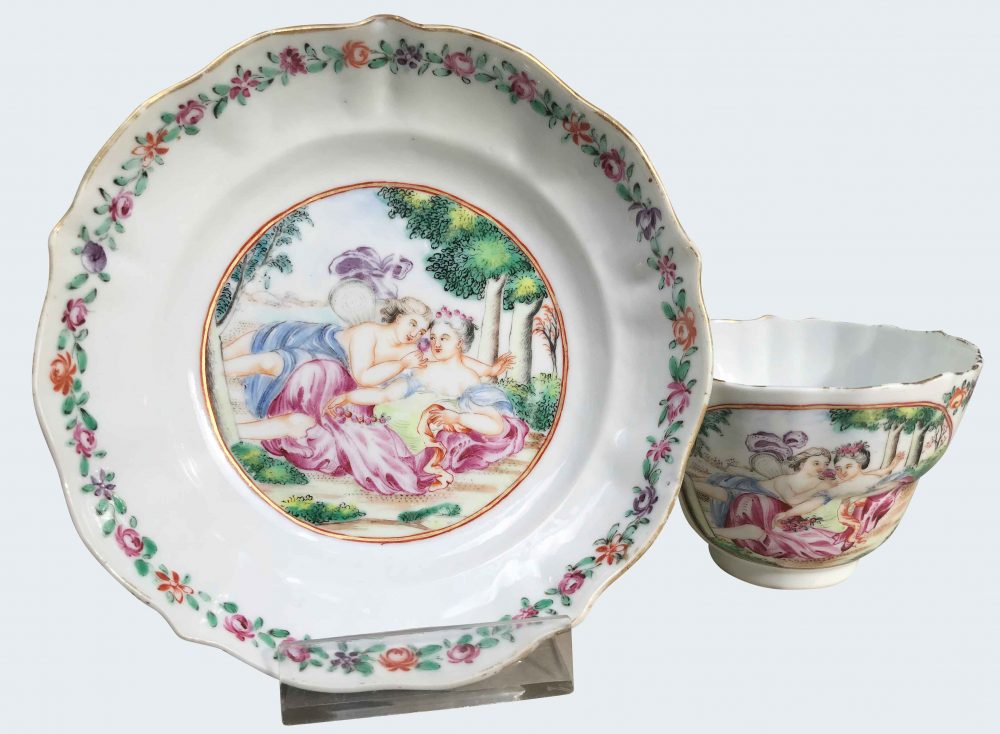 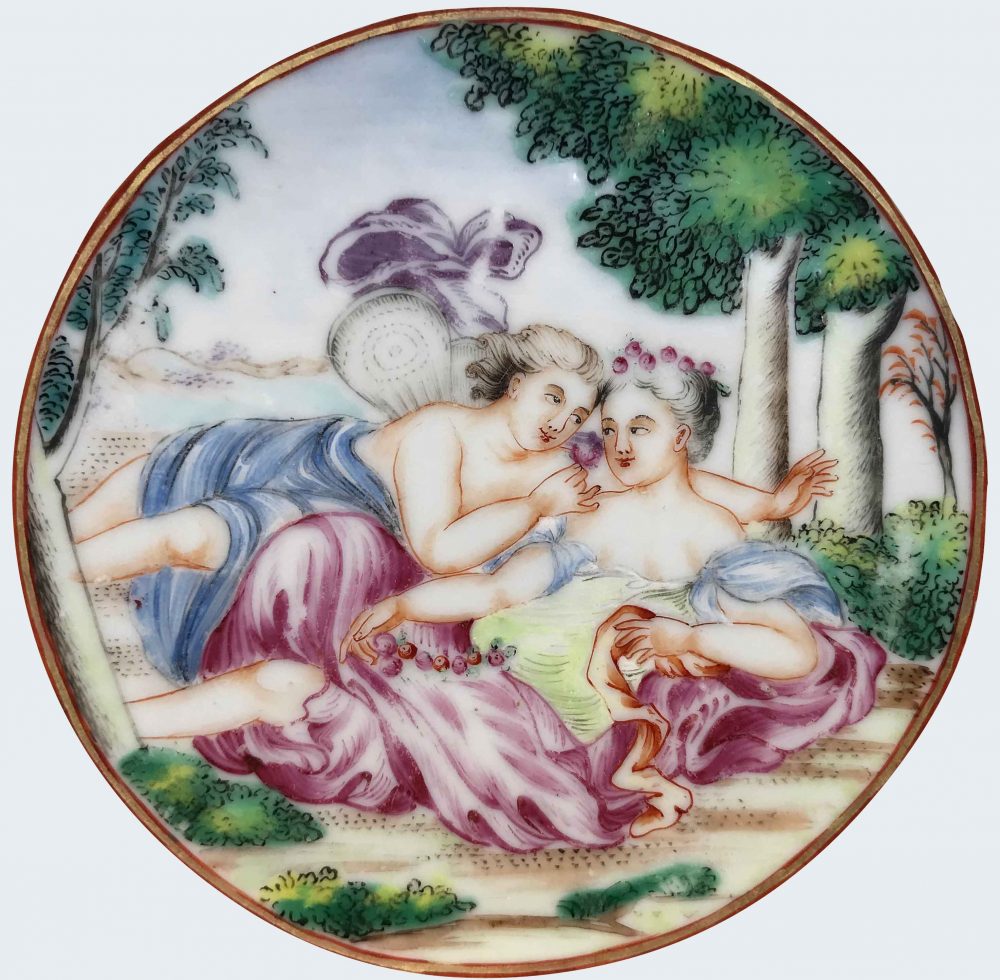 Each of ogee shape and painted with Zephyr offering a posy to Flora reclining in a glade, the scalloped and barbed rim with a flowering vine border.

A lobed oval dish with this decoration is illustrated by Hervouët and Bruneau, La Porcelaine des Compagnies des Indes à Décor Occidental (p. 306, no. 13.58), who suggest that the scene represents Zephyr and Flora, rather than Cupid and Psyche or Venus, and who also illustrate as no. 13.59, a plate of circa 1755, with a slightly simplified version of this scene.

A teabowl with a slightly debased version of the subject en grisaille is illustrated by Litzenburg and Bailey in Chinese Export Porcelain in the Reeves Center Collection at Washington and Lee University, who suggest that it “could be after an engraving by Benoît Audran I (1661-1721) copying Antoine Coypel (1661-1722).”