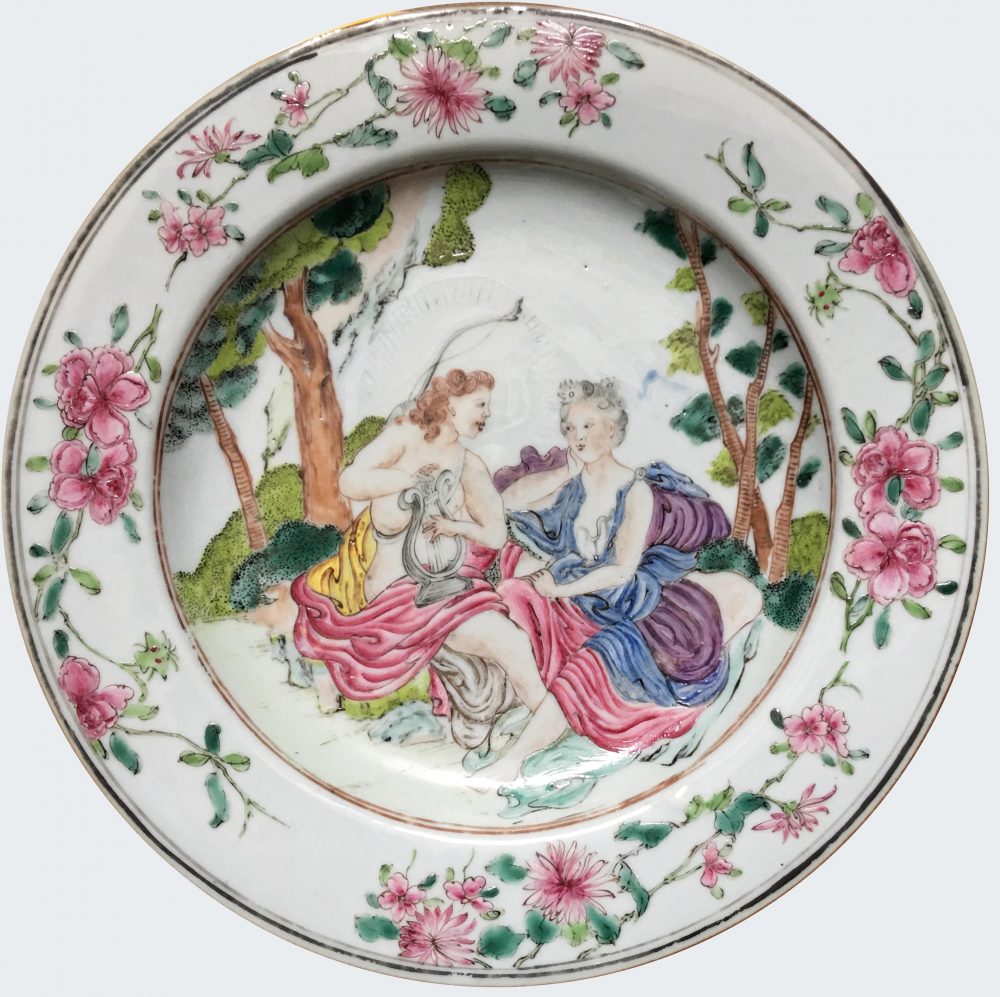 Depicting Apollo playing his lyre, seated beside a nymph or Diana, on a rock in a hilly grass field with trees in the background, the everted rim with finely painted sprays of peonies.

François & Nicole Hervouët consider this model in the category “Rs” (as increasingly rare”) in La porcelaine des Compagnie des Indes à décor occidental (p. 307, fig. 13.62). They had seen it only two or three times in their life. We have repertoried 7 others plates of this model.

Another one, from the collection of the Dr Bodo Slingenberg, was sold at Christie’s Amsterdam (29 mars 2001, lot 470).

A plate with this pattern, from the Ionides Bequest, is in the collection of the British Museum (accession number 1963,0422.22). It was included in the exhibition The China Trade (Royal pavilion, Brighton, 1986, no. 122). The subject is describe as Daphne and Apollo.

Another plate is is in the collection of the Zeeuws Museum (Middelburg) and illustrated by Scheurleer in Chine de Commande (pl. 224).

The scene shows Apollo, son of the highest Greek god, Zeus, who is clearly identified by the lyre with which he won several musical contests among the immortals. Apollo was notorious for his amorous pursuits, but the lady depicted on this plate is not clearly identified. It has been suggested that she represents Daphne (The China Trade, Royal pavilion, Brighton, 1986, no. 122), but the intimate pose of the couple would seem to speak against this identification since Daphne was one of Apollo’s great loves which, however, he failed to conquer. Otherwise, we can probably see a bow behind them, so we suggest that the lady is Diana.